Silence of the Pope’s Cry 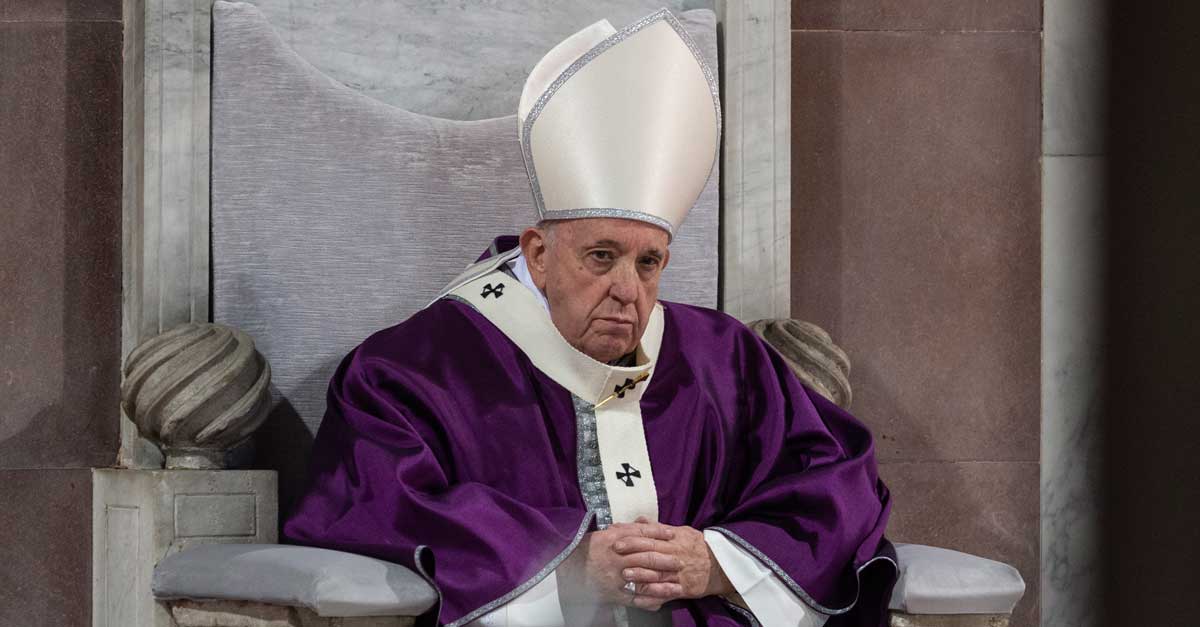 Pope Francis has reportedly expressed his disappointment at the reception of his new document on the Amazon, Querida Amazonia (Beloved Amazonia).

The Holy Father is quite right to object that the focus was on something he didn’t specifically address at all: the proposal, made by a voting majority of participants in last October’s Synod of Bishops, to allow for the ordination to the priesthood of married men in particular circumstances, the viri probati model.

Many had expected, or feared, that Pope Francis would approve that step.

And since mandatory celibacy in the priesthood is not a prerequisite for all who are in Holy Orders — witness the Eastern Catholic rites which have married priests or the married clergy in the Latin rite who converted from other denominations — that option was open to Pope Francis.

The pope took the view that mitigating the priest shortage by “facilitating a greater presence of ordained ministers who can celebrate the Eucharist [would be] a very narrow aim”, though he offered no plausible alternatives to a pastoral crisis which denies groups of people access to the Eucharist, “the source and summit of the Christian life” (Lumen Gentium).

In the event, he decided to leave all options open by not addressing the issue of viri probati at all. Some have called that a cop-out, others have celebrated the pope’s (non-) decision as a victory for the status quo.

In the event, he decided to leave all options open by not addressing the issue of viri probati at all. Some have called that a cop-out, others have celebrated the pope’s (non-) decision as a victory for the status quo.

It is neither of those things. On the contrary: the pope issued a clear challenge to the Church’s culture of clericalism in which all leadership and all power is tied to priests.

By not approving the ordination of viri probati and women deacons (and his reasoning in the latter issue merits a separate discussion), the pope is saying that generally power in the Church needn’t and shouldn’t be tied to clerical position.

The pope is looking to declericalise the Church, and calls for new, synodal ways of governing the Church. In calling for new models of seeing, thinking and acting in the Church, Pope Francis is inviting the Church to follow the Holy Spirit into uncharted waters.

That is not an act of evasion, as his critics charged, but a radical objective, with implications for the Church worldwide.

But if it is to honour the Amazon Synod, this is an important message that will need to be embraced internally and to radiate outwards. And one may have justifiable doubts that it will, because the guardians of clericalism will invariably place obstacles in the way.

That liability is manifested in the explanation by Cardinal Michael Czerny, the secretary of the October synod. Addressing reporters, he said: “So, if there are questions that you feel are open or that the Church feels are open, thanks to the exhortation they will continue to be debated, discussed, discerned, prayed over, and when mature presented to the appropriate authority for decision” [our emphasis].

And that is why Pope Francis’ non-position on the viri probati issue ideally needed a clear yes or no answer now.

It’s a shame that the question of celibacy is overshadowing the pope’s eloquent condemnation of capitalist exploitation of land and people, and the hugely important issue of inculturation.

Even those media and observers who by their nature would be inclined to focus on questions of ecology and social justice took positions of dejection-and-outrage because a small group of men won’t be ordained.

That narrow reaction was good news indeed for those who exploit the land and the people. It obscured the pope’s forceful language about the institutionalised injustice perpetrated against the people of the Amazon and against Creation.

Colonisation has not ended, the pope said, but “in many places, it has been changed, disguised and concealed, while losing none of its contempt for the life of the poor and the fragility of the environment”.

The consequences of that include murder, dispossession, sexual exploitation and human trafficking, apart from irreversible ecological destruction for short-term profits.

This is the message the media should have focused on and the world should have heard. But the noise about celibacy silenced the Holy Father’s cry for justice and appeal for solidarity with the exploited and the brutalised.

And that is why Pope Francis had every right to be disappointed.