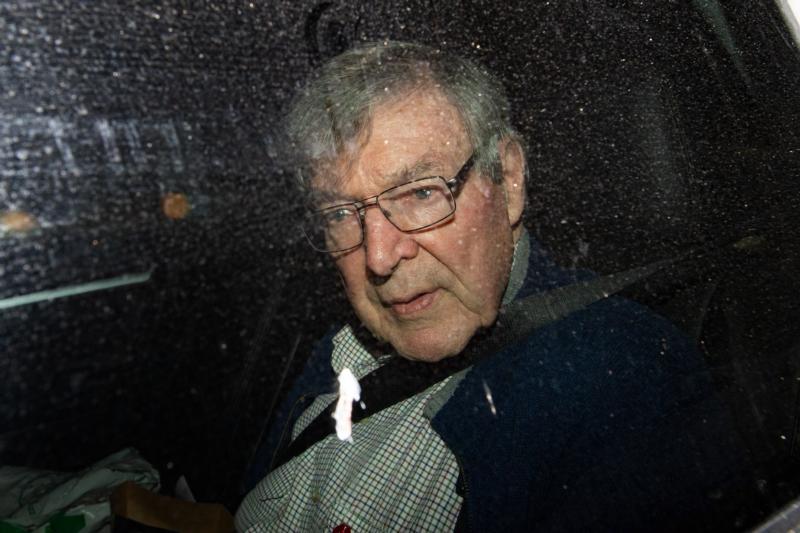 Cardinal George Pell arrives at the Seminary of the Good Shepherd in Sydney April 8, 2020. Cardinal Pell was released from prison the previous day after the High Court of Australia unanimously overturned the December 2018 jury verdict that found him guilty on five counts of molesting two 13-year-old choirboys in 1996. (CNS photo/Bianca De Marchi, AAP Image via Reuters)

In all the responses to the acquittal of Cardinal George Pell of charges of sexual abuse by Australia’s High Court, both the cardinal and the president of the Australian bishops’ conference struck the right tone.

But the bishops’ conference also showed remarkable empathy towards abuse victims and their advocates, noting that “the High Court’s decision will be devastating for others” and promising that Cardinal Pell’s acquittal “does not change the Church’s unwavering commitment to child safety and to a just and compassionate response to survivors and victims of child sexual abuse”.

The statement was an acknowledgment that whichever way the High Court’s verdict might have gone, there would be angry and hurt people.

Cardinal Pell also pointed to the right way in his statement, issued after he had spent 405 days in jail before being found innocent of the charges against him.

He said that despite having suffered “a serious injustice”, he bore no “ill will” towards his accuser, and asked that his acquittal should not add “to the hurt and bitterness so many feel”, a request that applies to both his supporters and his detractors.

The cardinal pointedly noted that his experience must not be seen as an anti-Catholic conspiracy, as many of his supporters had claimed.

His trial, he said, “was not a referendum on the Catholic Church; nor a referendum on how Church authorities in Australia dealt with the crime of paedophilia in the Church”.

Nevertheless, Australia’s judiciary will now have to introspect by what systemic deficiencies it was possible that an innocent man could be incarcerated for more than a year on the basis of a verdict by a jury that apparently did not know how to apply the principle of reasonable doubt.

Questions must be asked, too, whether a controversial public figure such as Cardinal Pell should face a jury which may enter the court with preconceived ideas.

There will also be a need for introspection by those who took partisan sides in this case: those who with disproportionate zeal pleaded his guilt or innocence.

Undeniably, for many people Cardinal Pell was a proxy for all the Catholic Church’s crimes and failings in the sex abuse scandal. For them his conviction, even if it was unjust in law, served as payback.

Some of the more fervent advocates of Cardinal Pell did the Church, and perhaps even the cardinal himself, little favour by casting aspersions on the integrity of the Australian judiciary and that of the accuser.

Cardinal Pell has rejected the notion that his case was part of an anti-Catholic conspiracy, though it certainly was used by some to feed anti-Catholic sentiments.

This distinction was not always evident in the passionate defence of the cardinal.

The attacks on Cardinal Pell’s accuser at times crossed the lines between reasonably interrogating the reliability of his testimony (in as far as the full content of that was known) and questioning his integrity.

The High Court found that there was reasonable doubt to prevent Cardinal Pell’s conviction, but it did not challenge the integrity of his accuser.

Those who attacked the alleged victim undermined the Church’s efforts to present itself as open and compassionate towards those who report having been sexually abused by Church personnel.

It is not easy to hold the two conflicting thoughts — that Cardinal Pell is innocent and that the accuser didn’t lie — but this is what we need to do now. We will have to withhold our judgment on the accuser and, honouring Cardinal Pell, hold no ill will towards him.

Even though he is now free, Cardinal Pell will still be facing challenges.

The Vatican will have to undertake its investigation of the allegations against him, though it would be a surprise should it find the cardinal guilty.

As it was in the now-concluded case, our fidelity must always be with justice and the truth.

Let us pray that both will be served.