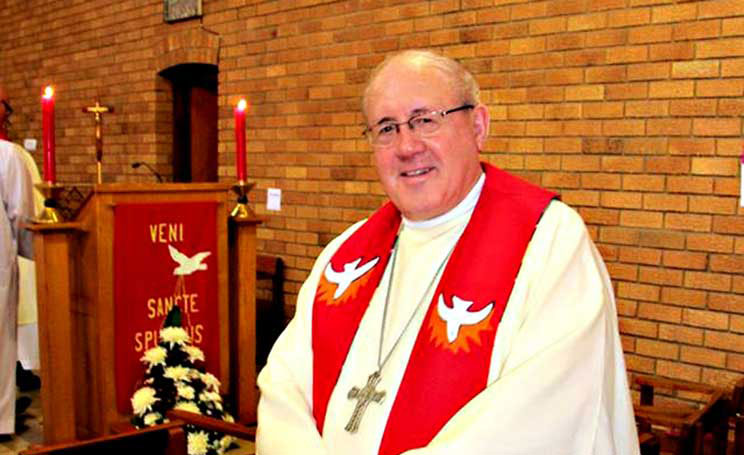 Attending church is of great importance for Christian people because it is an expression, experience, and witness of faith—but we cannot tempt the Lord and common sense by opening churches too soon, according to the spokesman for the Southern African Catholic Bishops’ Conference (SACBC).

With lockdown set to be eased even further — at least to Level 3 — voices calling for the reopening of churches have become louder.

“I think it’s a bit hasty to be opening churches, because it’s through human contact in all its form that this pandemic is spread,” said SACBC spokesman Archbishop William Slattery, retired of Pretoria.

He noted that it is important to observe the lawful restrictions laid down by the government in trying to contain this virus,
“It is important to go to church, yes, and we are getting a lot of hits on the streaming of Masses on Sunday because we Catholics require and are receiving Communion spiritually,” Archbishop Slattery told The Southern Cross.

“But streamed Masses are different to attending a Mass and receiving Holy Communion, because Jesus says, ‘Take and eat”,” he acknowledged.
“Faith largely depends on community. God formed a community in the desert, and Jesus from the beginning set up a community of apostles and told us to be one,” Archbishop Slattery noted.

“We need to express that physically as well as spiritually. But, on the other hand, we are bound by the national law which is necessary for conserving health by keeping ourselves isolated and maintaining social distancing.

“These are actually acts of religion because they are acts of charity and caring. So in a lot of ways, we can express that we are Catholics even though we cannot go to church,” he said.

Churches in many other countries are opening for Mass, under strict conditions. In Australia, for example, churches may admit only up to ten people.
“If we had to introduce that, it would be quite difficult because our congregations are generally quite large,” Archbishop Slattery noted.
“Our people are really missing going to church, and so they would come back in large numbers,” he predicted.

“I don’t think churches can go ahead and say, ‘Look we trust in the Lord, all back to church tomorrow.’ We cannot do things like that,” the archbishop said.
“We simply have to observe the ordinary laws of humanity and of nature and everything else like Jesus did. We cannot expect a miracle by having 400 people in church, some of whom may have the virus, and everyone goes home and in perfect health. That’s not how it works,” he added.

He noted that many who attend Mass are elderly—and these are the most vulnerable to Covid-19.

“We really are suffering with our people. We, the priests and bishops, are missing them and we would love to have them back. But at the same time, and out of love for them, we realise the danger and say: ‘Wait a little longer’,” the archbishop said.

“Continue your prayers and pray for one another. The great witness of being Catholic is having charity and love for each other,” Archbishop Slattery said.

Relaxation of lockdown in both Botswana and Eswatini has permitted the restricted reopening of churches. The Catholic dioceses in those countries, which are part of the SACBC, are currently studying the possibility of reopening churches.