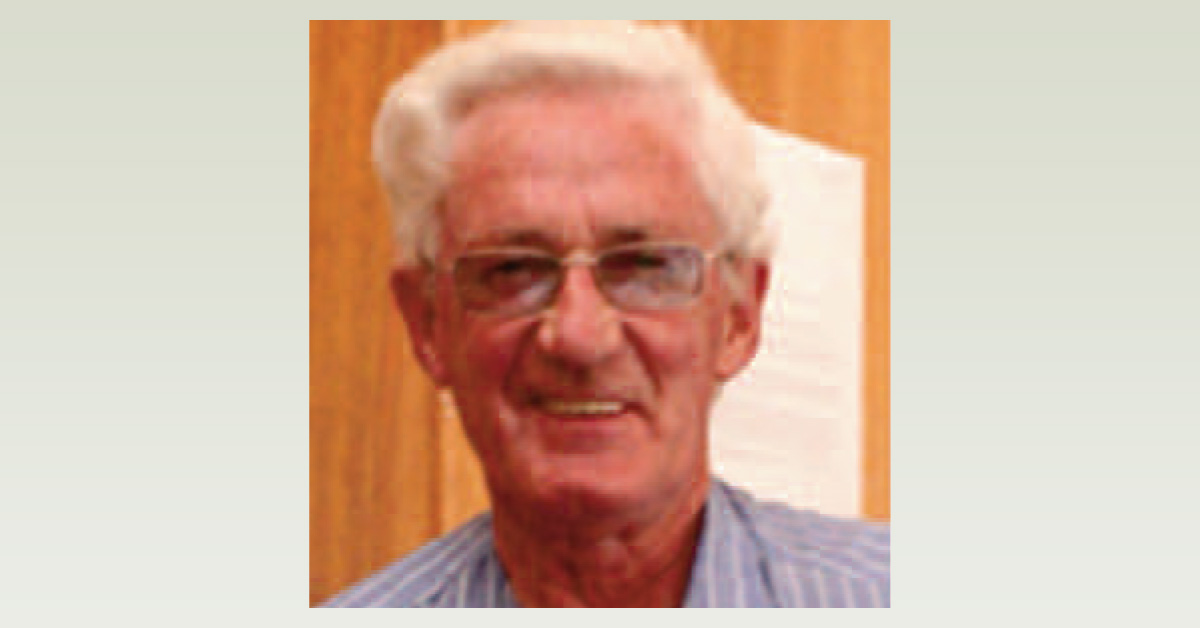 By Archbishop William Slattery OFM – Franciscan Father Liam McDermott died on March 9 at the age of 86. A native of Ballymote in County Sligo, Ireland, where he was born in 1934, he joined the Franciscan Order in Killarney in 1953.

Fr McDermott made his Simple Profession in 1954, and after his studies was ordained to the priesthood in Rome in 1963. He felt drawn to mission work, and came to South Africa to join the Irish Franciscans in Kokstad diocese.

Fr McDermott was involved in pastoral ministry in rural missions in the diocese and in various township parishes throughout the country.

He also worked in the formation of young friars and in leadership roles among the Franciscans. To have lived close to him was a privilege and a joy, for in him one met a man of gentle and practical service.

The first time I met him, in February 1971, I found him lying under the bonnet of a car with a spanner in his hand. For us friars, we have a wonderful example before us of Franciscan life. Fr McDermott lived a humble, simple life.

He allowed nothing to come between himself and God. As the first Franciscan provincial of the new South African province in 1985, he listened to everyone, responded honestly, supported all in need and kept confidentiality.

Fr McDermott was Franciscan in that he was very close to the people. His first 15 years in South Africa, 1963-78, he spent as priest in the parish of Sharpeville. The place was still reeling after the massacre of 1960. He loved the people of Sharpeville and said: “These were the greatest days of my life.”

Fr McDermott had many stories of the characters he worked with there, among them the old lady who frequently called him at night requesting the Last Rites. He put an end to this when he discovered that every time she ate fresh cabbage she had pains in her stomach and thought it was the last trumpet call.

Like St Francis, he drew people to God, not to himself. His friendship was sincere and lifelong. For 25 years Fr McDermott was the spiritual assistant of all the Poor Clare monasteries in East Africa; it was work which inspired him. It took him to many countries across Africa, and he generally returned quite ill.

One Christmas Day his dinner consisted of a single banana in the empty Dar es Salaam airport. The messages from the Poor Clare monasteries speak of the high esteem and affection the Sisters had for their Franciscan brother. It is not easy to speak of the hidden inspiration behind the life of Fr McDermott.

He was a quiet man, a man of few and well-chosen words. He once sent me a letter of four words: “Dear William…Yes… Liam.” However, luckily, he revealed the secret of his life in the readings and hymns he chose for his funeral and thanksgiving Mass.

Fr McDermott chose St Paul’s letter to the Philippians: “For the sake of Christ Jesus I have thrown everything away. I consider it all as rubbish so that I may gain Christ…All I want is to know Christ and to experience the power of his Resurrection.” The Gospel he chose was of the disciples with their Master on the road to Emmaus. They walked with him and recognised him at the breaking of the bread.

It was in the liturgy that Fr McDermott above all met the Lord. He performed the liturgy with great attention and dignity. Everyone knew him as the “singing priest”.

One Saturday morning the lady in the sacristy enquired who would celebrate the evening Mass. She asked: “Is it the parish priest or Pavarotti?” Fr McDermott’s life was poured out to build up the Church. He did this not only by dedicated ministry but by patiently bearing agonising pain from severe arthritis for 30 years in union with Jesus.

In his slow, lingering death, he never complained but exuded peace and joy. Like his saintly friend, Mother Veronica, he used to say: “I am lucky in my vocation, whether I am ill or well, either daytime or the middle of the night, I can live it fully. I suffer and unite myself with the Lord for the Church.”

In very brief words, whenever Fr McDermott looked back over his life, we would hear these words almost as an antiphon: “But it was great.” It reminds us of the final words of St Clare of Assisi: “I thank you, Lord, for having created me.” Indeed, Fr McDermott’s final words were: “It was a great life, thank God. That can be my obituary when I kick the bucket.”