Pope: Let Yourself Be Consoled By The Lord 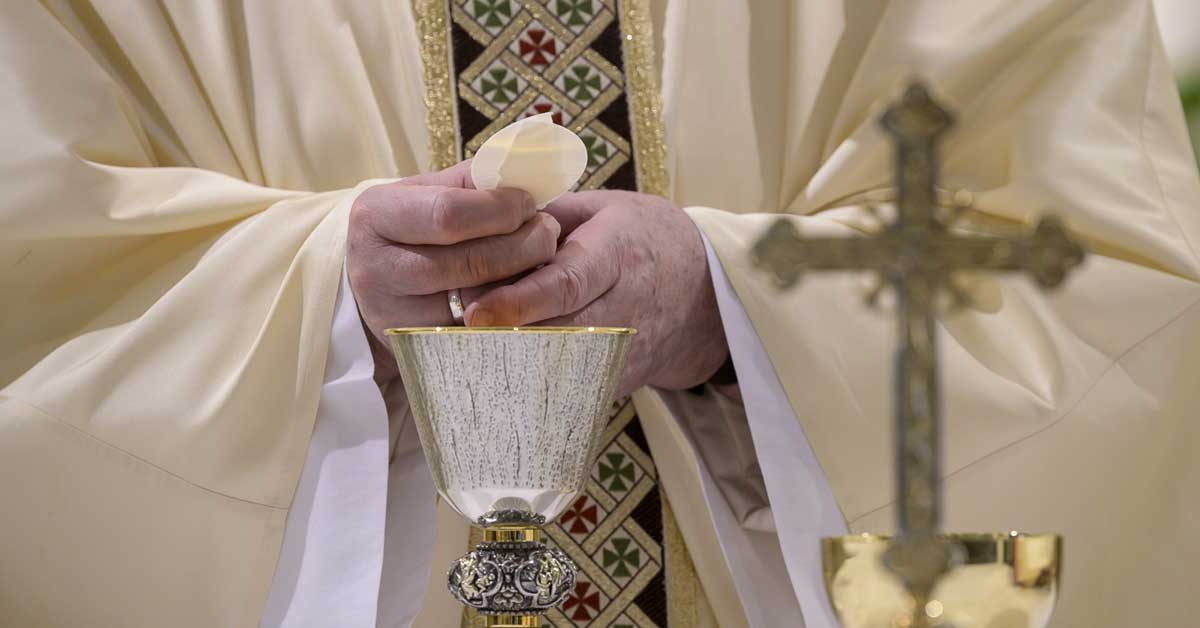 By Cindy Wooden – Jesus continues to console his followers, and it is important to learn to recognize the consolation he offers, Pope Francis said.

“When we must pass through moments of sadness, we need to learn to perceive what is the true consolation of the Lord,” he said May 8 during Mass in the Domus Sanctae Marthae.

In his homily, he focused on the day’s Gospel reading from St. John, when Jesus consoles his disciples at the Last Supper.

“One of the ‘jobs’ of the Lord is to console,” the pope said.

“We have many ways of consoling – from the most authentic, closest way, to the most formal, like those telegrams of condolence, ‘Deeply saddened for,'” he said, citing how such messages often begin. “It doesn’t console anyone. It’s fake. It’s a formality consolation.”

But the Gospel shows how the Lord consoles, he said. “The Lord always consoles close up, with the truth and with hope. Those are the three traits of the Lord’s consolation.”

Jesus says, “‘I am here. I am here with you.’ And often he says it silently. But we know he is here. He is always here. That kind of closeness is God’s style,” which is why Jesus became incarnate – “to be close to us,” the pope said.

Jesus does not tell the disciples that nothing bad will happen, the pope continued. In fact, he makes it clear that one of them will betray him and that he will die.

But, still, Jesus offers hope, the pope said. He tells the disciples, “Do not let your hearts be troubled,” and assures them that he would prepare a place for them “so that where I am you also may be.”

Paradoxically, he said, “it is not easy to let ourselves be consoled by the Lord. Often, in bad times, we get angry with the Lord and do not let him come and speak to use that way, with that sweetness, closeness, meekness, truth and hope.”

“Let us ask for the grace to learn how to be consoled by the Lord,” he said. “It isn’t anaesthesia, no. But it is closeness, it’s truth and it opens the doors of hope for us.”

Pope: Trust In God’s Compassion, Tell Him Everything
Share