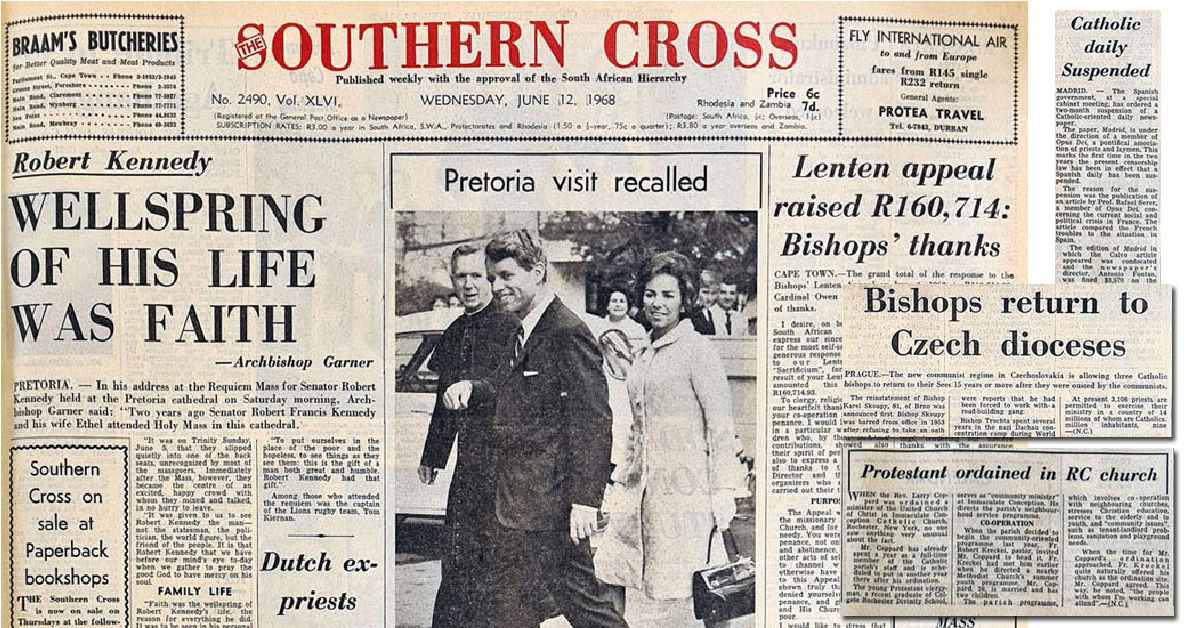 Robert F Kennedy, the US presidential candidate who was assassinated on June 4, attended Mass in Pretoria cathedral almost exactly two years ago, Archbishop Jackie Garner told the congregation at a Mass for the late senator. “Faith was the wellspring of Robert Kennedy’s life, the reason for everything he did,” Archbishop Garner said, adding that sincerity and transparent honesty were the fruits of Kennedy’s faith.

Cardinal Owen McCann praised the South African faithful for collecting a total of R160 714,93 in this year’s Lenten Appeal. He thanks in particular “the children who, by their mite-box contributions, showed also the spirit of penance”.

Spain’s fascist government has ordered the suspension of the Catholic daily Madrid after the newspaper published an article comparing the political crisis in France with the situation in Spain. The edition carrying the article was confiscated and the editor fined.

The legacy of RFK

Acting editor Fr Cornelius Lynch writes in his editorial that the legacy of Robert Kennedy serves to remind us that “the gift of prophesy is by no means dead”.