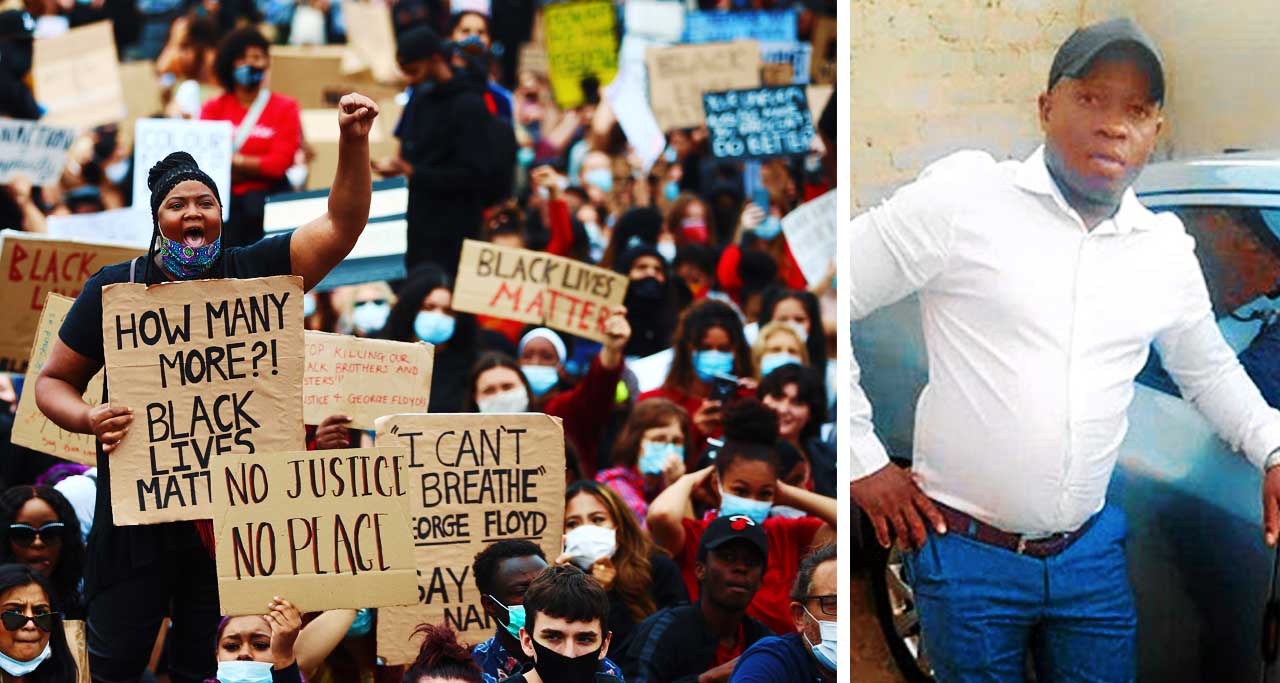 In democratic, rights-based societies, security forces are called to protect and serve the people of their countries. When they do so, often at risk to their own lives, they merit our support and commendation. There are indeed many heroes in the uniforms of the police and the armed forces.

Alas, as has been evident in the past few weeks in different places, there are also some people in uniform who deserve our censure, and even condemnation. In recent news, three countries which are held up as rights-based democracies have come to mind.

During lockdown, South Africa has had at least four cases in which the apparently undue intervention of security personnel resulted in the deaths of individuals.

Most prominent of these was the case of Collins Khosa, a civilian in Alexandra, Johannesburg, who died following an apparent assault by soldiers on private property.

The inquiry report on this case by the South African National Defence Force gives an appearance of a craven whitewash, and fails to establish cause for the actions of its personnel in trespassing on Mr Khosa’s property other than a prior verbal altercation. The police have opened a murder docket on the matter, and the case is still ongoing.

In the United States, the shocking killing of Christian community worker George Floyd, caught on video, led to sustained countrywide protests expressing anger at systemic racism which has accelerated in the past few years.

Less reported was last week’s killing in Jerusalem by the Israeli Defence Force of Eyad Hallaq, an unarmed autistic Palestinian, under the craven pretext that soldiers mistook his cellphone for a gun. None of these three headline deaths of innocent civilians at the hands of security forces are unusual.

In South Africa, the death of Mr Khosa evokes the memory of Andries Tatane (and, indeed, the Marikana massacre). In the US and Israeli-controlled territories, lethal shootings by security personnel of unarmed black and Palestinian civilians are commonplace. Rarely are there proportionate consequences, if any, to these extrajudicial executions.

Blacks in the US and in South Africa, and Palestinians in Israel controlled territories, are at daily risk of being harassed, injured or killed by security forces in ways which whites and Israelis are not.

So in the US, the slogan #BlackLivesMatter has an obvious currency which cannot be dismissed with the kneejerk response that “all lives matter”.

Of course, all lives do matter. But the slogan “Black Lives Matter” has virtue because black lives are seen not to matter.

As Catholics, we can easily understand the point. If we were to frame our opposition to abortion in the terminology of “Unborn Lives Matter”, we would look unkindly on that concern being dismissed with the response, “all lives matter”. That response would indicate that unborn lives require no protection.

In a similar way, the response “all lives matter” serves to delegitimise real black grievances.

An analogy may illustrate this priority.

In a street, all houses matter. But when Number 14 is in flames, that house matters in particular. It matters not to the exclusion of the other houses, but right now, Number 14 is under threat. The other houses are safe and have no need of the fire brigade.

Should Number 17 then catch fire, that house, too, would matter in a particular way and consequently be in need of saving by the fire brigade.

As people of decency, we may not be unmoved by the deaths of Mr Khosa, Mr Floyd or Mr Hallaq, of those who died at the hands of people in uniform before them, or of those who will die after them.

We cannot be silent. Collins Khosa, George Floyd, Eyad Hallaq and so many others call us to solidarity.

In the face of racism — the denial of God in whose image we all are made—indifference and inaction is not an option.