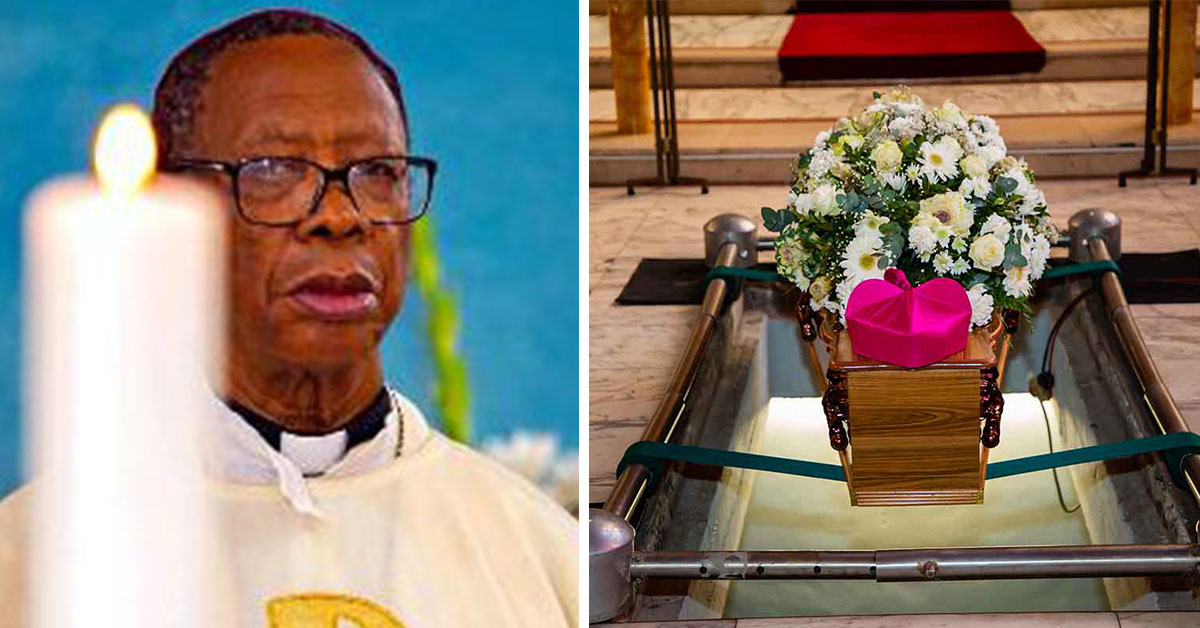 Bishop Zithulele Patrick Mvemve, former head of Klerksdorp diocese and auxiliary in Johannesburg, died on July 6 at the age of 78 — days after the death of his sister.

Born on May 31, 1941, in Evaton, he was educated at St Martin de Porres High School in Soweto.

After formation at St Peter’s Seminary in Hammanskraal, Pretoria, he was ordained to the priesthood for the diocese of Johannesburg on June 29, 1969. He entered parish ministry, in which he became a known opponent of apartheid.

In 1980, Fr Mvemve was detained, along with Frs Michael Mkhize and Remigius Makobane, and reportedly “roughly interrogated” by the apartheid security police. 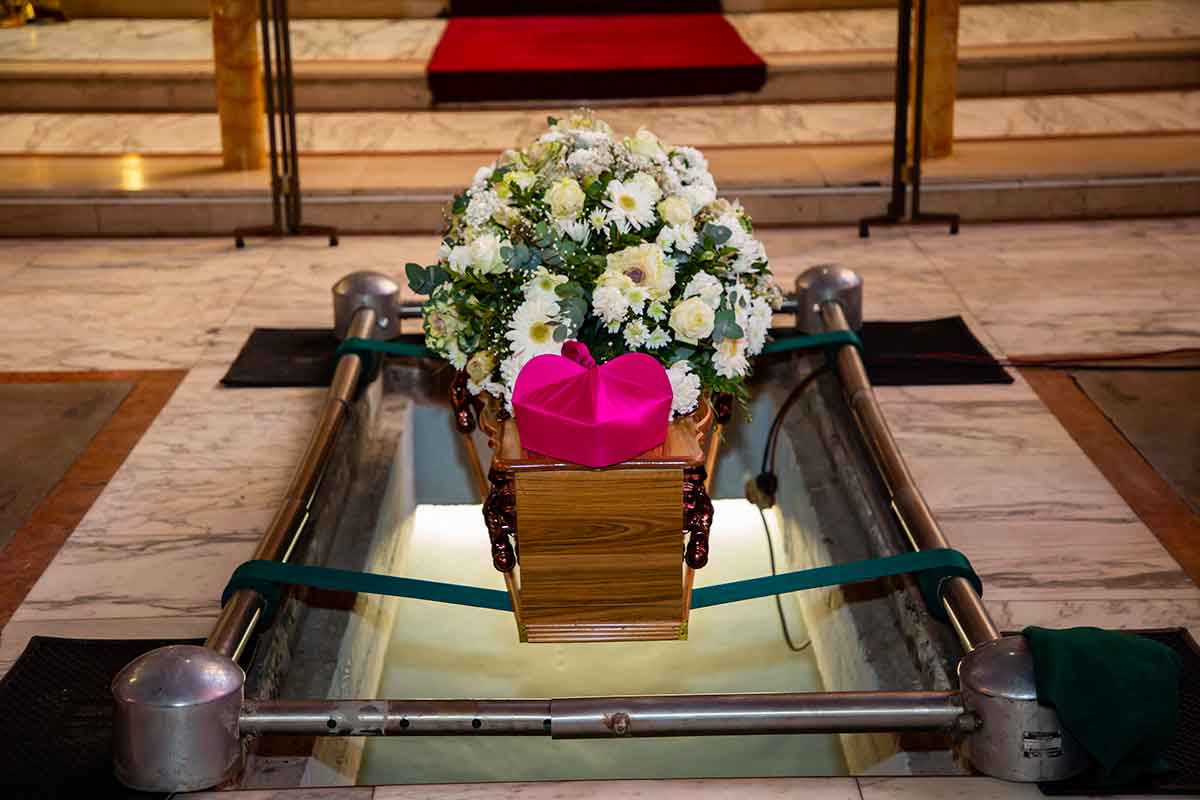 Later that decade, as a bishop, he would be involved in international meetings to discuss political pressure on the apartheid regime and negotiate its peaceful end.

Bishop Mvemve became the auxiliary bishop of Johannesburg on June 29, 1986 — the anniversary of his ordination.

He also acted as the diocese’s vicar-general until he was appointed to Klerksdorp in March 1994 to succeed the retiring Bishop Daniel Verstraete (who at 95 is still alive), thus becoming the diocese’s second bishop.

In Klerksdorp Bishop Mvemve increased the number of priests serving the faithful, implemented Small Christian Communities to encourage self-ministering, and promoted the idea of a self-reliant Church. 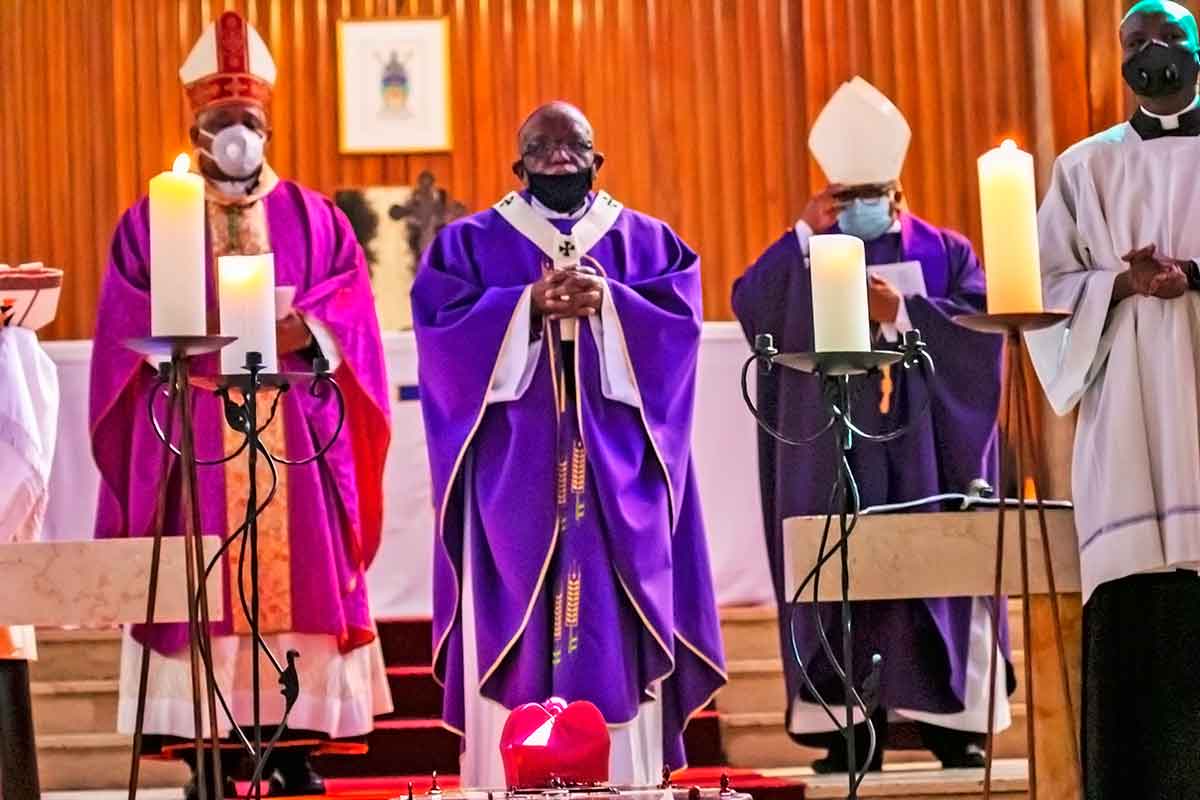 Bishop Mvemve served as vice-president of the Inter-Regional Meeting of the Bishops of Southern Africa (IMBISA) and on the standing committee of the Symposium of Episcopal Conferences of Africa and Madagascar (SECAM).

In 2010, Bishop Mvemve led The Southern Cross’ pilgrimage to the Holy Land, Cairo and Oberammergau.

He resigned as bishop of Klerksdorp on April 26, 2013, and was succeeded by Bishop Victor Phalana.

In retirement, Bishop Mvemve lived in Johannesburg, the city where he asked to be buried. 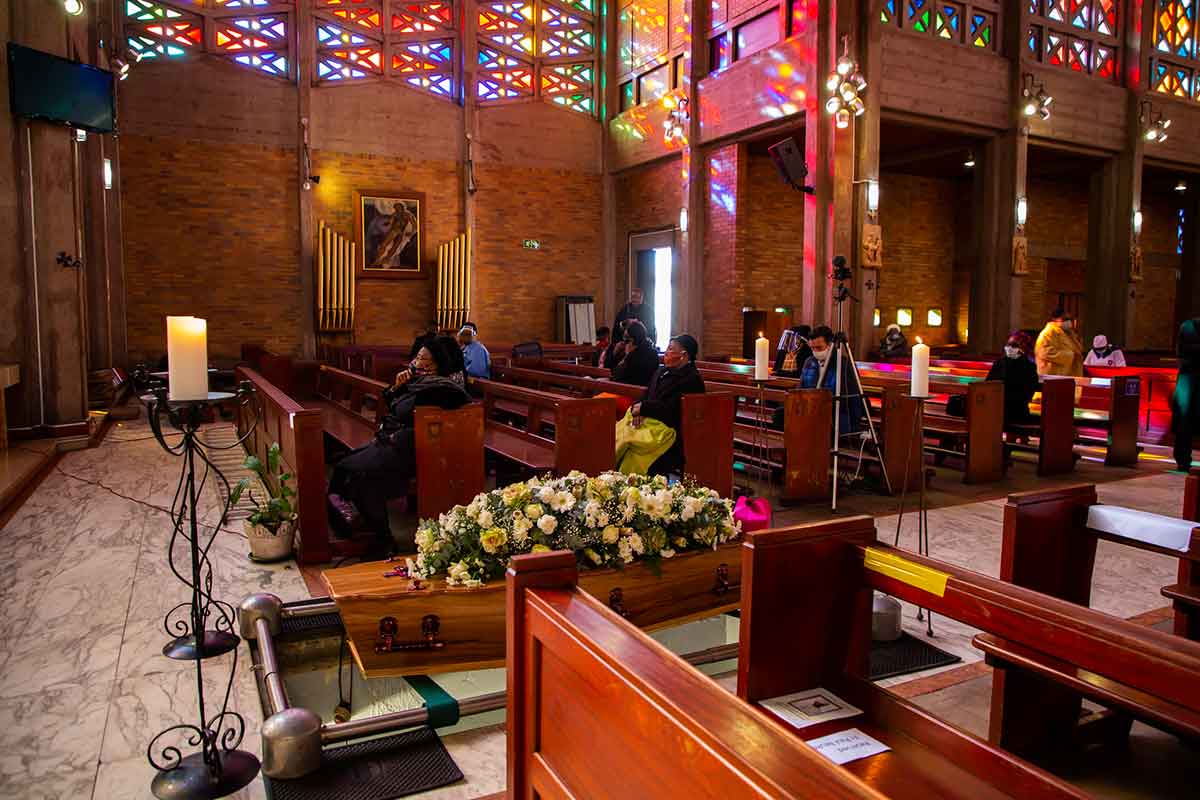 Requiem Mass at the cathedral of Christ the King in Johannesburg. (Photo: Sheldon Reddiar)