Twins Conjoined At the Head Are Separated At Vatican Hospital 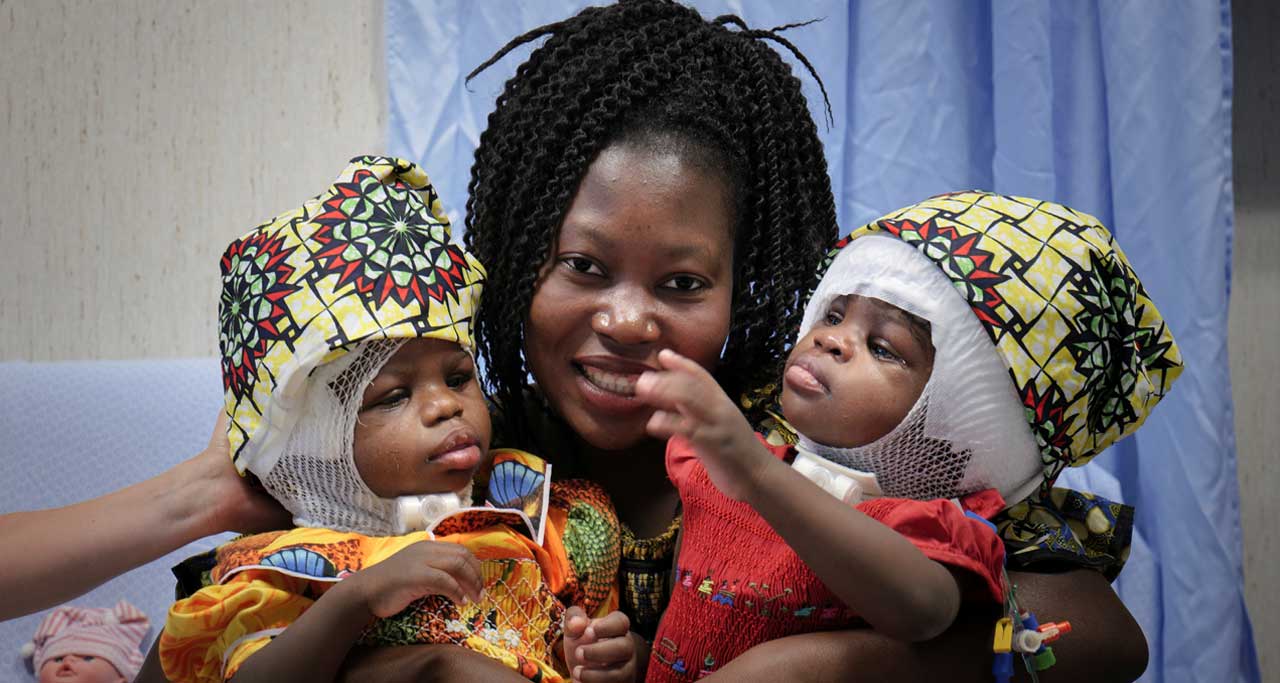 By Carol Glatz – After more than a year of preliminary studies and three difficult operations, a medical team at the Vatican-owned pediatric hospital successfully separated conjoined twin girls.

Born with an extremely rare condition of being totally joined at the back of the cranium, the 2-year-old girls, Ervina and Prefina, had recovered well from their last procedure and were expected to continue thriving, staff at the Bambino Gesu paediatric hospital said.

The girls were born on the feast of Ss Peter and Paul, on June 29, 2018, in Mbaiki, Central African Republic, then taken to the capital, Bangui, to the children’s hospital Pope Francis had visited in 2015 and continued to support with donations and assistance afterward.

Mariella Enoc, president of Bambino Gesu in Rome, was in the Bangui hospital to oversee some of their ongoing support and, after seeing the infant twins, she proposed they go to Rome, with their mother, to see if they could be separated.

The girls’ mother, Ermine, said at the news conference: “Now they can run, laugh, study and even become doctors to save the lives of others.”
She thanked everyone for their help, particularly Pope Francis for what he has been doing for children in Bangui. She said her one wish now was for Pope Francis to baptise the girls.

Twins conjoined at the head occurs in one out of 2,5 million live births and in five cases out of every 100000 sets of twins.
Ervina and Prefina had an even rarer condition of being completely joined in the back of their heads, sharing not just the skull, but also a critical network of veins directing blood from the brain to the heart to be reoxygenated.

After extensive studies, including utilising advanced 3-D imaging and simulated surgeries, the girls underwent three operations, the first in May 2019 and the last in June; which took 18 hours and involved a team of more than 30 doctors and nurses.

Hospital staff helped prepare the girls for their eventual separation by giving them each a mirror so they could see and explore each other’s face and build on their relationship through sharing their facial expressions.—CNS