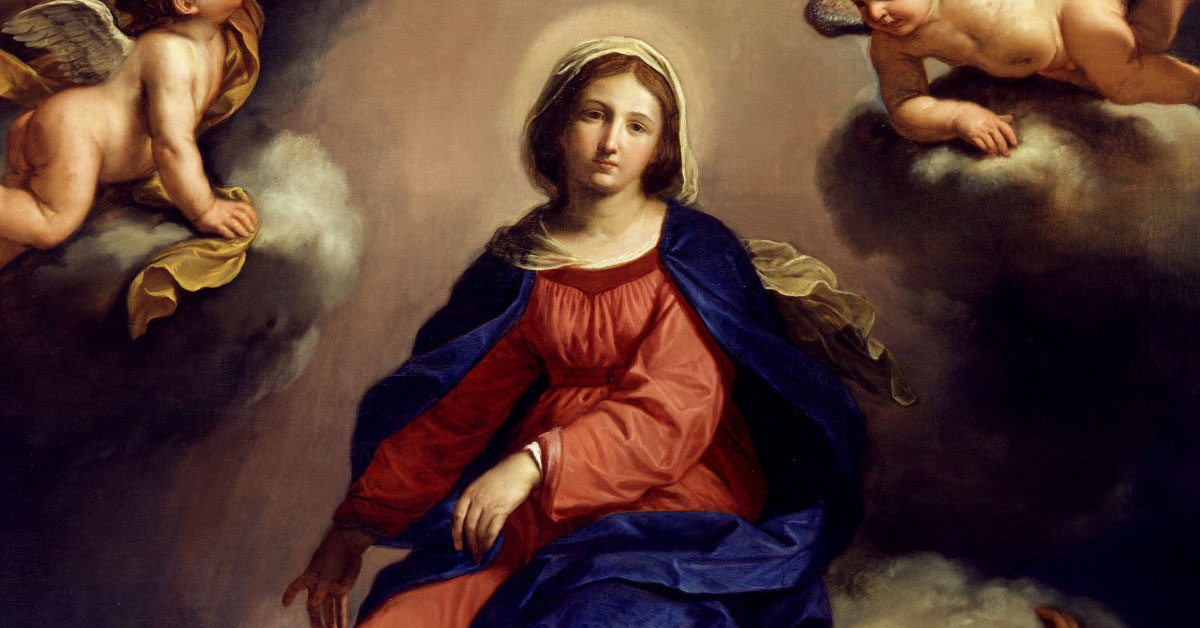 Mary was not only the mother of Jesus, but a great woman in all she did. As such, she is a perfect model for modern women, argues Colleen Constable.

This month we celebrate the Feast of the Assumption. This challenges us to reflect on the role of this holy woman through a different lens: Mary as Liberator?

There is always great eagerness to ponder the Holy Mother in the context of purity, piety, humility and virtues. Somehow I felt the urge to connect with her in a different context that speaks to women’s experiences in the 21st century.

It requires an understanding that Mary’s Assumption into Heaven and her Queenship of Heaven and Earth are not merely spiritual titles. It is an acknowledgement and recognition of her holiness, impeccable life and the various roles she has played on earth.

These roles are inclusive of her being virgin and mother of Jesus Christ, but go beyond virginity and motherhood. Could it be that in her role as liberator she may speak more profoundly to modern-day women of all ages, from teenagers to senior citizens?

What makes Mary a liberator? What does her role as liberator hold for contemporary women?

Today women live in a changing world. For centuries women had no decision-making power over their own destiny, an aspect very prevalent when parents or elders arranged marriages, and women simply had to abide with the decision.

The tendency towards forced arranged marriages has not disappeared, and under the banner of culture many women still face this fate in some countries.

And women have not been able to escape the scourge of oppression. Women are global victims of horrendous domestic violence, femicide and rape, with our beloved country taking the lead in gender-based violence.

Although the empowerment and emancipation of women in a contemporary world has erased much of the past discrimination, some negative cultural practices, traditionalist attitudes about gender, conservative mindsets and patriarchal attitudes have obstructed the progress.

Today women still feel unsafe in public and private spaces. And traditional exclusions of women from some roles in society still exist.

A woman of liberation

First, when the angel Gabriel appeared to Mary with the divine message, she was disturbed. A teenage girl worried about the content of the message. Yet she wholeheartedly subjected herself to the divine plan.

She had a split-second opportunity to choose whether she wanted to be part of this higher plan. She knew that this announcement had the potential to change her life.

Mary knew what pregnancy for an unmarried girl meant at the time. Mosaic law prescribed death by stoning in such circumstances.

In the face of all this, not knowing how her life would turn out, she gave her “Yes” with great courage. She accepted God’s will for her life without hesitation.

It is in the acceptance of this message that Mary’s faith and confidence in God, her sense of freedom to choose and her great courage came through: all that from a teenager at the age of about 14.

She was a well-balanced youth destined to become a great woman: a woman who cooperated with God and participated in the liberation of humankind.

Second, Mary encountered pain in her lifetime: it connects her deeply with all the women through the ages who have endured hardships: physical, psychological and emotional pain.

She was also a Jewish woman who knew poverty, discrimination and marginalisation. She suffered rejection as a poor pregnant woman desperate for accommodation, when there was no room in the inn: she experienced the lack of human compassion in a very sensitive situation.

She had to flee into a foreign country to protect the life of her child: she shared the pain and hardships that goes with immigration.

She felt the pain of a missing child when her son got lost, and she could not hide her anxiety when she finally found him in the Temple.

She stood by her son throughout his suffering till the end, accepting her role to support him who was prophesied by Simeon to be “a sign of contradiction”. This suggests that Mary embraced that prophetic role and knew that his journey ultimately become hers too.

A woman of strength

While his fearful disciples abandoned him at the most crucial period of his earthly life, she stood at the foot of the Cross, with the other women, watching while her son died a painful and humiliating death. She became a woman of great strength and an activist of the Church: a brave woman.

As a Jewish widow, having lost her son, she did not isolate herself. She stood by the frightened and disheartened disciples: a true pillar of support at a time when the disciples were disillusioned.

She was present at Bethany when her son ascended into heaven. And she was in the midst of the apostles as the “Mother” praying with them and being present when the Church was formed on Pentecost.

She was a woman of action: she did not allow stereotypes to keep her away from the role she was destined to fulfil.

Third, she facilitated her son’s first miracle, at the wedding in Cana, as she understood his role and was clear about her own.

She had a healthy level of emotional intelligence. Her awareness of others’ humiliation—the hosts had run out of wine—and their need for support was high.

She was a woman who took initiative: not only to get water changed into wine and thereby protect a family from embarrassment, but also to visit the elderly, pregnant Elizabeth.

This three-month visit paved the way for unconditional charity as an act of love based on dignity and equality. She most probably calmed an anxious elderly pregnant woman.

Mary’s actions and joyous “Magnificat” is proof of her maturity at a young age, breaking the barriers that existed in society between the youth and the aged.

She was in touch with her inner soul, her neighbour and her God.

A woman of inspiration

Fourth, Mary’s sense of dedication to Jesus, to her neighbour, to the apostles and her faithfulness to God is an inspiration.

As a teenager she exercised leadership in accepting a huge responsibility with a clear conscience and great faith.

As a young woman in her twenties, when she experienced the pain that only a mother of a missing child can testify to, she held steady when Jesus said, “How is it that you sought me? Did you not know I must be about my Father’s business?”(Lk 2:49).

And as a young widow in her forties, when Jesus died, she exemplified perseverance as she endured the pain of his sufferings and death and embraced her new life with her “adopted” son, John, whom Jesus gave her on the Cross when he said, “Woman, behold thy Son” and “Behold, thy mother” (Jn 19:26-27).

Mary serves as a symbol of the holiness of women and a celebration of their freedom. Mary is a woman of great faith, free will, love and compassion: a courageous woman, an inspirational woman, a woman of great strength, a brave woman.

She offers contemporary women an opportunity to imitate her: change your lifestyle to be in touch with your inner soul, your neighbour and God.

Mary sets contemporary womenfree from the chains of gender inequality in their spiritual life. It is an acknowledgement of women’s status in the eyes of God and their holiness. Through Mary all women can claim their rightful place as they have been liberated.

Women have been vindicated by Mary. Her lifestyle on earth has set the tone for a well-balanced teenager who developed into a powerful woman going about her role with simplicity and dignity.

Mary is the model of servant leadership for women in various roles. She was not only a virgin, mother, wife and home executive. She was a liberator, a true supporter, an activist, caretaker, facilitator, intercessor and widow.

Fruits of Devotion to Our Lady of Sorrows
Share

Tags: feast of the Assumption