South Africa: A Nation of Impunity 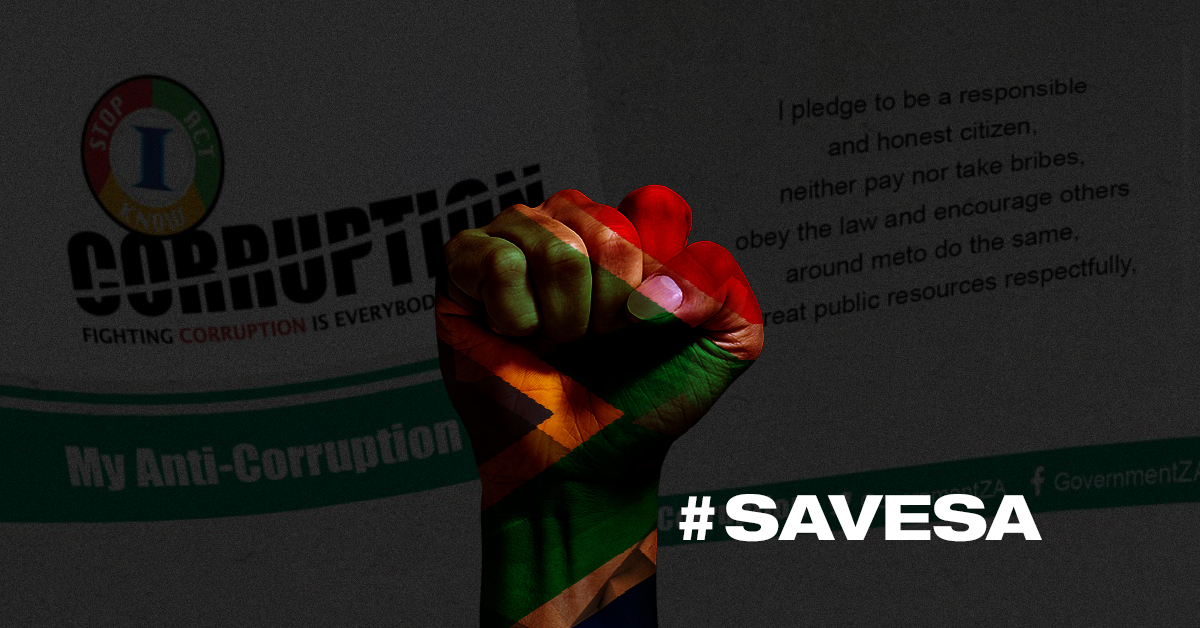 South Africa is a nation plagued by a culture of impunity, in which trespasses against laws and ethics are disregarded by many because these acts are not subject to consequences.

Taxi drivers break the rules of traffic with impunity (and many other motorists follow their bad example). Racists and other bigots sow their hatred with impunity, increasingly without shame even in public on social media platforms.

And officials of government and the ruling party continue to loot South Africa with impunity — and when that impunity is challenged, they insult us with their inane justifications.

South Africa is by no means the most corrupt country in the world, as some falsely claim (we occupy a place in the mediocre mid-table), but a nation that in 1994 was reborn from the fruits of a principled struggle must measure itself not by chronically corrupt countries but by those that serve their people with integrity.

In the past 25 years, the ANC has shown itself to be deficient in integrity. It has followed the corrupt paths of the apartheid regime, which pioneered the concept of state capture long before the term gained currency in relation to the Zuma kleptocracy.

The ANC leadership not only failed to act against corruption but justified it and covered it up, thereby creating a culture of impunity.

It started with the relatively small-scale Sarafina scandal in the 1990s, presided over by our current minister of cooperative affairs, Dr Nkosazana Dlamini-Zuma, who survived the scandal unscathed.

That scandal set a deplorable pattern.

That scandal and the furious cover-ups and internecine warfare that followed infected the whole ANC with the cancer of corruption.

The frenzied looting of public funds and disintegration of accountability under the Zuma government was a consequence of the culture of impunity that was cemented by the arms deal.

And let nobody say that this was unexpected. Many voices, including many from within the Catholic Church, warned at the time of the arms deal that South Africa was taking the fork in the road leading to rampant state corruption.

Many might have hoped that after the locust years of the Zuma presidency some semblance of ethics might return to the ANC, with the election as its president of Cyril Ramaphosa, a man credited with greater integrity than his predecessor.

The election to top positions at the same time of officials with histories of dubious ethics indicated that the ANC’s corruption problems were not over.

The brazen theft from the poor in the State of Disaster, from the award of tenders and misappropriation of public funds to the theft of food parcels — and the preposterous rationalisations trotted out by some ANC leaders — have shown that the corrupt culture of impunity is now firmly encoded in the DNA of the ruling party, the efforts of leaders with integrity notwithstanding.

The people are now angry. While the vast majority of South Africans have suffered due to lock-down, ANC officials are popping champagne corks in celebration of awarded tenders — or, lower down the chain, eat the food parcels intended to nourish the poor.

It is now time to hold the ANC to account for having stolen South Africa’s future. Decisive and visible action is needed now to shut down this culture of impunity.

The time for lofty soundbites and ineffectual commissions is long over. South Africa cannot be satisfied until her people hear the clanging of handcuffs on the wrists of the guilty.