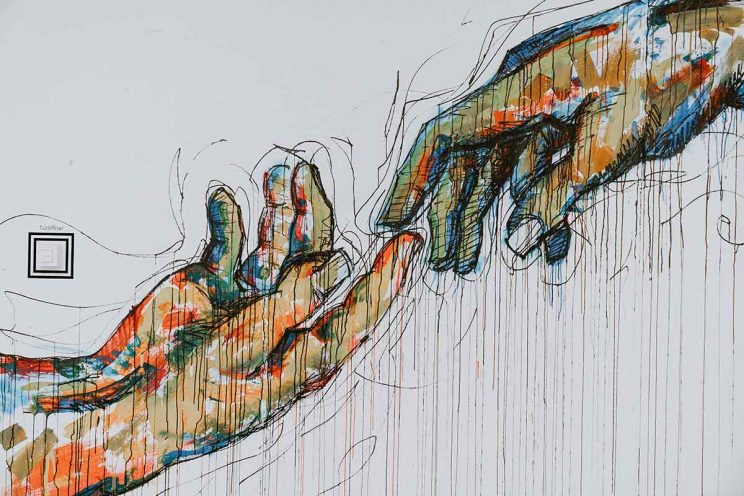 It has been said countless times during the past several months, but it bears repeating: We are in uncharted territory.

No one could have imagined the 2020 calendar year would present so much uncertainty across the globe.

From America to Asia, from Australia to Africa – and pick nearly any other spot throughout the world – we have all been impacted by the coronavirus.

We knew in the United States that 2020 would bring a presidential election, which at the moment, seems like it may face challenges of its own if it is to go off without a hitch Nov. 3.

Our children’s graduations from high school and college would be highlights of the spring, setting in motion in-person celebrations with hundreds or even thousands of other families enjoying that special time. That, of course, didn’t happen for many.

And we figured we’d be enjoying our annual summer rituals of long-planned vacations and taking part in annual parish festivals, among other regular seasonal plans. Wrong again, for many of us.

We have heard the famous phrase “nothing in this world is certain, except death and taxes,” but as people of faith, we know there is so much more to our lives – including being our brothers and sisters’ keepers when unforeseen challenges shake the world we live in.

What the pope said

Pope Francis reminded us once again before praying the Angelus Aug. 2 how our vocations as disciples of Christ must include true compassion and “courageous sharing” when we see others in need.

Our faith teaches us that God operates according to “the logic of taking responsibility for others … the logic of not looking the other way,” the Holy Father said.

According to a Catholic News Service story, the pope said telling others “to fend for themselves” should not be a part of a Christian’s vocabulary.

We knew of the poverty, war, human trafficking and other societal challenges that so many faced before COVID-19 became an international illness that has affected millions and has killed nearly 700,000 thus far.

But what we didn’t foresee was how all this would be exacerbated by a global pandemic.

During his catechesis before the Angelus, Pope Francis reflected on Jesus’ miracle of the multiplication of the loaves (Mt 14:13-21). In that Gospel encounter, Jesus multiplies five loaves and two fish to feed about 5,000 men. We read: “They all ate and were satisfied, and they picked up the fragments left over – twelve wicker baskets full” (Mt 14:20).

“With this gesture, Jesus demonstrates his power; not in a spectacular way, but as a sign of charity, of God the Father’s generosity toward his weary and needy children,” the pope said.

We see Jesus fully “immersed in the life of his people. He understands their fatigue and their limitations, but he does not allow anyone to be lost, or to lose out. He nourishes them with his word and provides food in plenty for sustenance,” the Holy Father said.

Like the crowd of thousands in the Gospel, as Catholics, we are nurtured and draw strength each time we listen to God’s word and receive the Eucharist.

And now more than ever, our brethren must see a compassion that is not “sentimentality, but rather the concrete manifestation of the love that cares for the people’s needs,” the pope said. We must have the ability to suffer with others, and “to take others’ sorrows on ourselves.”

“Perhaps it would do us good today to ask ourselves: ‘Do I feel compassion when I read news about war, about hunger, about the pandemic?'” he asked. “Do I feel compassion toward the people who are close to me? Am I capable of suffering with them, or do I look the other way, or (say) ‘they can fend for themselves?'”

Times like these offer a reminder that our faith must be at the heart of all we do.

And like Jesus, we must show the same compassion and tenderness to our brothers and sisters in need – now, more than ever.

May we always remember the weary and needy in our prayers and our acts of charity.

“Now is a time Christians must courageously share with others” which appeared Aug. 7 on the website of The Criterion, newspaper of the Archdiocese of Indianapolis. It was written by Mike Krokos, the newspaper’s editor