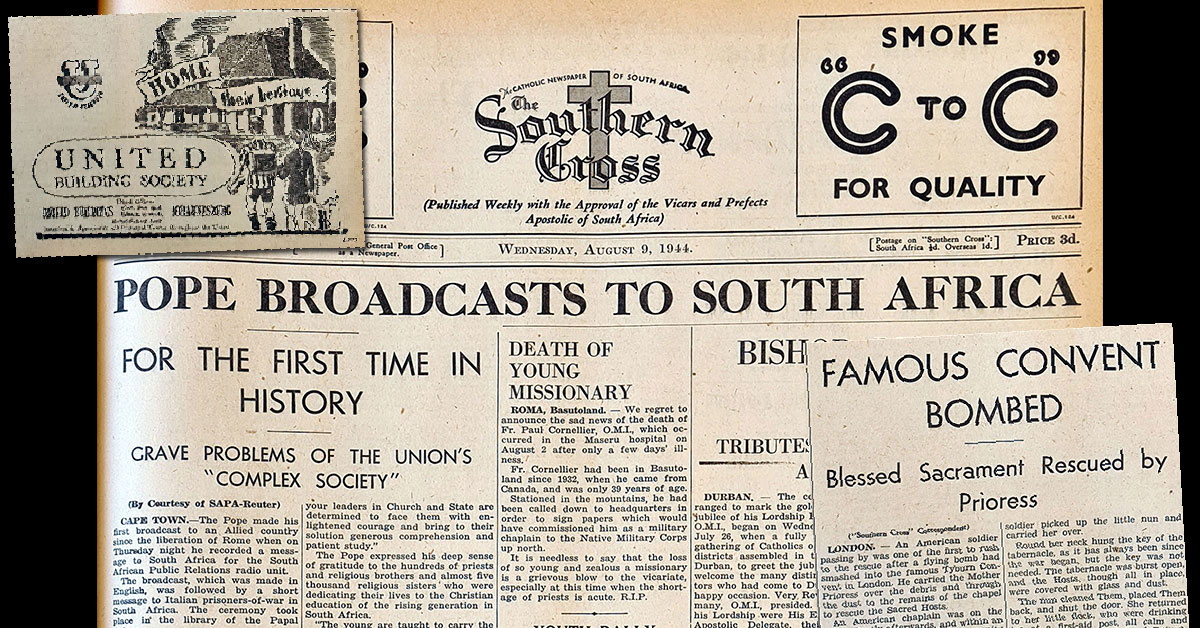 Pope Pius XII has made his first radio broadcast to South Africa—the first to an Allied country since the liberation of Rome from Nazi occupation in June.

In his English address, which was followed by a short Italian one for Italian prisoners of war, the pope called on South Africa specifically to uphold the inalienable rights of the individual and to solve social and economic problems. Church and state must face these problems together.

The pope also said that he had seen several South African officers at his daily audiences, and was thanked for his efforts on behalf of South African prisoners of war in Italy.

The famous Tyburn convent in London has been hit by a flying bomb. There were no casualties, but three nuns were injured. A passing US soldier was first on the scene and carried the prioress over the debris to safety. Archbishop Bernard Griffin of Westminster later told the nuns that their survival was a miracle.

World War was not willed by God

The Vatican newspaper L’Osservatore Romano has written in a front-page article that the present world war “was not willed by God (nor even with his permission) but by man, and [man] will have to answer for it…before history and before God”. Although Christ came to bring light into the world, “humanity remained then and now in the dark”. For humanity to be able to see, it must turn to Christ, the article said.