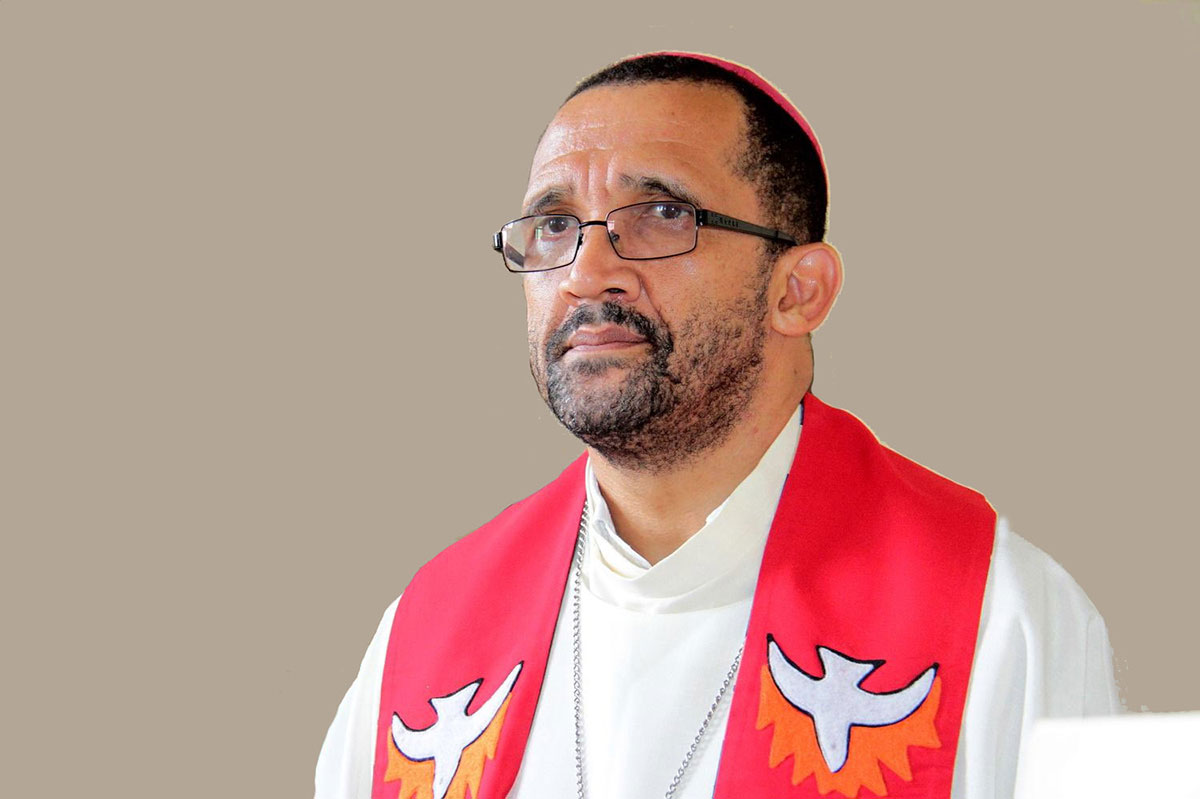 By Agnes Aineah – A leading bishop has bemoaned increasing reports of corruption, warning that South Africa is at a great risk of being referred to as a failed state and a “Republic of Corruption”.

In a statement, Bishop Sithembele Sipuka of Mthatha noted that the country’s name is increasingly becoming synonymous with corruption.

According to Bishop Sipuka, who is also the president of the Southern African Catholic Bishops’ Conference (SACBC), there is a feeling that South Africa is going towards the direction of being known for corruption “as Columbia is known for drugs, Mali for child soldiers, Nigeria for terrorist groups, Saudi Arabia for lack of women’s rights, and lately, Zimbabwe for human rights violations”.

He urged the people of God to refuse to let a corruption culture characterise the nation.

Referring to Heritage Day on September 24, the bishop warned that the heritage we pass on to the next generation should not be that of corruption.

He emphasised that his call was not intended to encourage grumbling among the people but to inspire everyone to act and to resist those who want the country to be defined by corruption.

“We must act against corruption because corruption is contrary to the values we stand for as Africans, as Christians and as a democratic country,” said Bishop Sipuka, who is also the first vice-president of the Symposium of Episcopal Conferences of Africa and Madagascar.

“As Africans we cherish the value of ubuntu and care, and corruption is an insult to these values because as Christians we believe in serving rather than being served, and corrupt leaders practise the exact opposite of this value,” the bishop said.

Bishop Sipuka lambasted the corrupt who get away with their offences.

“They get to avoid wearing orange overalls in jail and continue looting with impunity while they  enjoy a life of opulence at the expense of poor people and to the detriment of the image and development of the country,” he said.

The bishop called for a deeper understanding of corruption, which he said is generally described as “the abuse of entrusted power for private gain”.

This understanding, he said, calls on all of us to evaluate how we use power, resources and trust assigned to us.

“The use of facilities meant for  work for private gain is corruption,” Bishop Sipuka said.

“At a personal level it should haunt one when at the end of the day one enjoys a sumptuous meal and a comfortable bed in a cozy room and yet cannot say with a clear conscience that today enough work was done to earn one’s living,” Bishop Sipuka said.

“This is not only stealing from those who have entrusted resources to you, but it is also an insult to one’s dignity to eat without earning one’s food.”

The evil of corruption, he said, is that it results in common good objectives not being achieved, and with the majority of people not having their rights, which belong to them while a few “thugs” wrongfully get more than what they should.

“In short, corruption leads to injustice,” he said, adding, “This in turn leads to a sense of disgruntlement and lack of social cohesion. It leads to lack of trust in leadership, which is manifest in few people turning up to vote during the election period.”