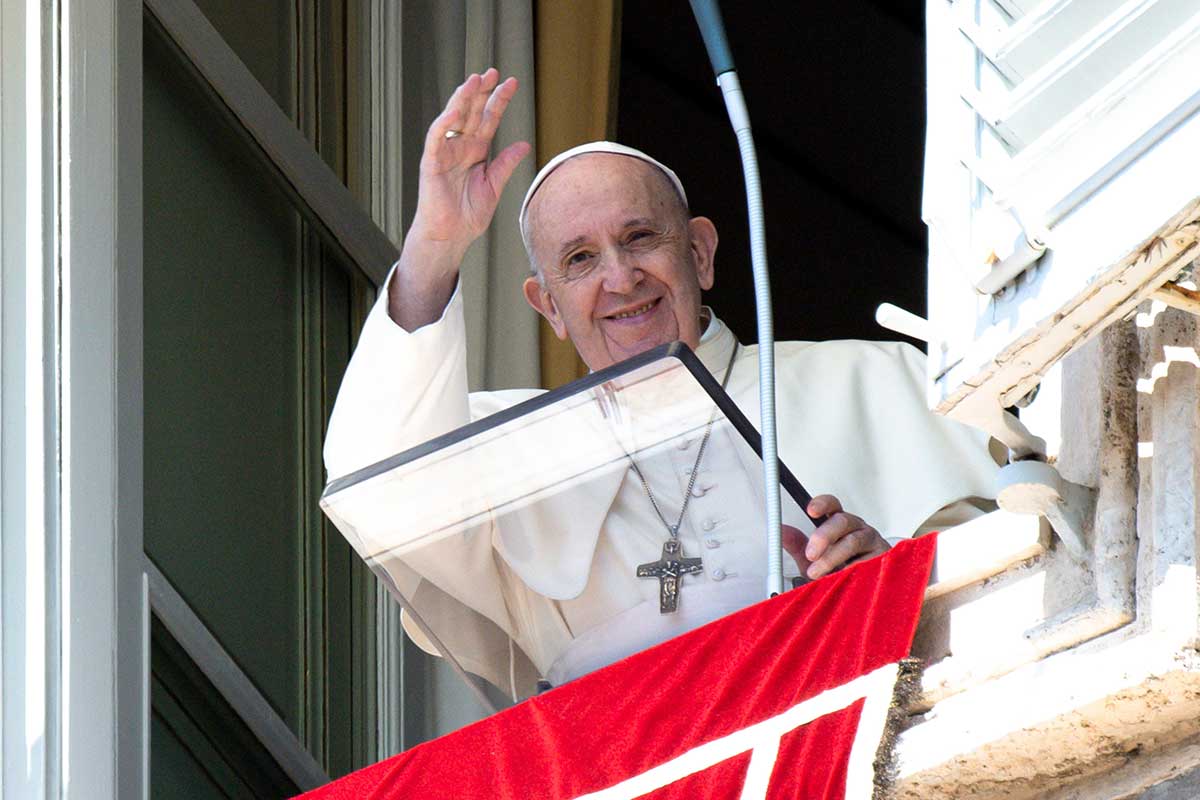 By Cindy Wooden – If people took seriously the Gospel call to forgive one another, the world would be a much better place, Pope Francis said.

“How much suffering, how many wounds, how many wars could be avoided if forgiveness and mercy were the style of our life,” he said before reciting the Angelus prayer with visitors in St Peter’s Square.

The pope was commenting on the day’s Gospel reading, Matthew 18:21-35, in which Jesus tells his disciples to forgive “not seven times but 77 times.”

“In the symbolic language of the Bible,” the pope explained, “this means that we are called to forgive always.”

Jesus’ admonition is especially important for family life, he said. “How many families are disunited, do not know how to forgive each other? How many brothers and sisters bear resentment within? It is necessary to apply merciful love to all human relationships: between spouses, between parents and children, within our communities, in the church and in society and politics as well.”

In the day’s Gospel passage, Jesus emphasises his point with the parable of the merciful king who forgives the enormous debt of his servant and yet that servant refuses to forgive the small debt of another servant. When the king hears about it, he hands the man over “to the torturers until he should pay back the whole debt.”

“In the parable we find two different attitudes: God’s – represented by the king who forgives a lot, because God always forgives – and the human person’s,” the pope said. “The divine attitude is justice pervaded with mercy, whereas the human attitude is limited to justice.”

Pope Francis told the people in the square that while he was celebrating Mass that morning, “I paused, touched by a phrase in the first reading from the book of Sirach. The phrase (in the Italian Lectionary) says, ‘Remember your end and stop hating.’ A beautiful phrase.”

“Just think,” the pope said, “you will be in a coffin and will you take your hatred there with you? Think of your end and stop hating, stop resenting.”

Pope Francis said that he knows it is not an easy command to follow because, even when a person thinks he or she has forgiven another, “resentment returns like a bothersome fly in the summer that keeps coming back.”

True forgiveness, he said, “is not something we do in a moment; it is something continuous against that resentment, that hatred that keeps coming back.”

When Christians pray the Lord’s Prayer, they say, “Forgive us our trespasses, as we forgive those who trespass against us.”

“These words contain a decisive truth,” the pope said. “We cannot claim God’s forgiveness for ourselves if we in turn do not grant forgiveness to our neighbour. It is a condition.”

Pope Francis summarised his talk: “Think of your end, of God’s forgiveness and stop hating. Reject resentment, that bothersome fly that keeps coming back. If we do not strive to forgive and to love, we will not be forgiven and loved either.”