Pray With the Pope: September 2020 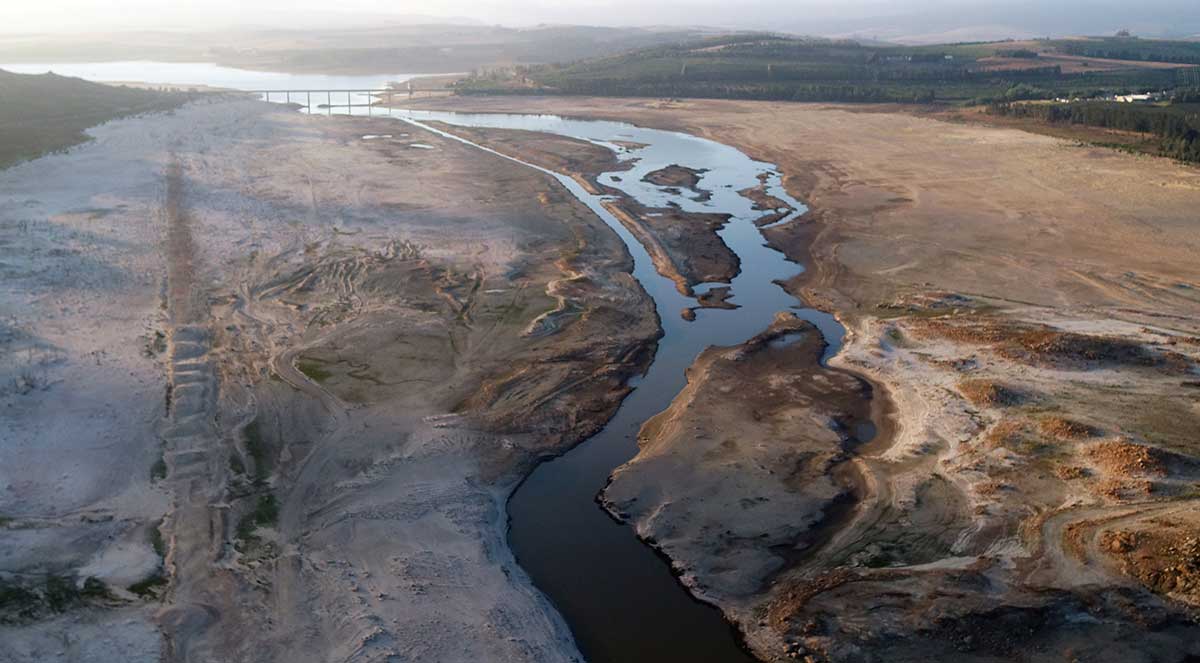 Theewaterskloof Dam in the Western Cape was running on empty in 2018. It is now over 80% full, but water shortage will be the great point of crisis in South Africa in the future. (Photo: Mike Hutchings, Reuters/CNS)

The inconvenient fact is that the planet’s resources are indeed being plundered. Humanity consumes more than the planet’s ecosystems can sustainably replenish. Hence the concept of “overshoot”. It’s a simple idea if you focus on something necessary such as water.

In Cape Town during the drought, the dams were emptying faster than they were filling, and so we were overshooting our water consumption. We were therefore forced to cut back drastically to avoid running out, and we waited for rain. We made it, but it was a close-run thing.

“Overshoot” is happening to many natural resources. The fundamental problem is that we live in a world of limits but run an economies based on the myth of infinite growth. This is the new “opium of the people”, according to the environmentalist Fritjof Capra.

But since nothing can grow forever, there comes a moment when nature’s bill comes in. That moment is now upon us.

In this dry country the shortage we are going to experience more and more is that of water. We have a very sophisticated system of dams, but if consumption increases and the climate continues to warm, then even the most elaborate system hits its limits.

Obviously, some are more responsible for overconsumption than others and they have a greater responsibility to use less.

If we all lived like the population of the United States or Qatar we would need four planet earths to survive. The problem is that many people who do not live like Qataris and Americans aspire to live like them.

People who have lived in poverty often feel that it is now their turn to taste the prosperity of the developed world—the rich diets, the large cars, the spacious houses, foreign travel.

It’s not a popular message to deliver, but we need leaders in developed countries to say that levels of consumption will have to fall.

In developing countries leaders must say that, although it’s reasonable to aspire to escape poverty, the notion that we are all going to live like Americans is a delusion. The planet simply cannot take it.

A matter of survival

This is a matter of survival. If we destroy the natural systems that sustain us, then all bets are off, for both rich and poor.

But it is also a matter of justice. Those with too much need to share with those who do not have enough. The ecological crisis facing the world is a powerful sign of the times pointing to the absolute necessity of restoring greater equality in the world.

Non-replaceable resources need to be used extremely sparingly for important human needs, not in order to manufacture trivial consumer goods or to burn up in joyriding around in trophy cars.

The coronavirus pandemic has forced us to slow down and consume less, but we seem desperate for return to “normal” because we are now dependent on this consumer economy to provide employment.

If we want to do something on a personal level we can cut down on things like meat, electricity, water usage and travel.

But we also need to be pushing government and business to change the systems of production and the economy, to transition to renewable alternatives, particularly in energy.

In a way, the drought, the loadshedding and the coronavirus are messages from the planet. We need to listen, prayerfully, and respond generously for the sake of future generations.