Q&A with Fr Doyle: Did Mary die, and where? 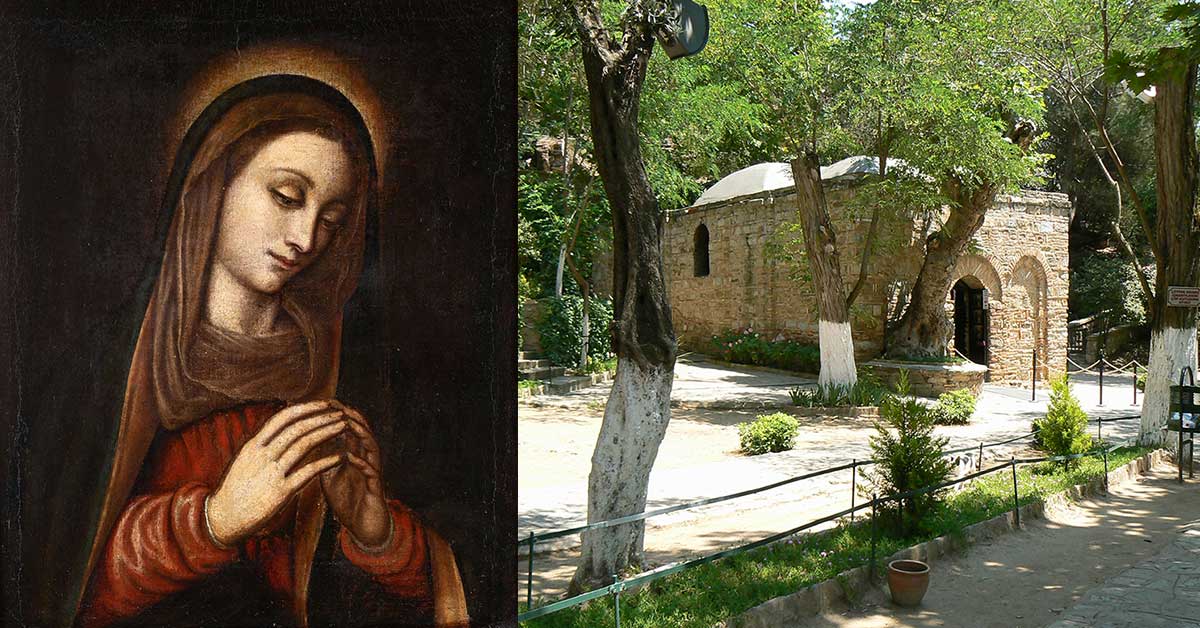 Question: In 1999, I travelled to the Holy Land, and one of our stops was at the Basilica of the Dormition. We were told that this is the site where the Virgin Mary died. Some years later, I visited Ephesus in Turkey and took a cab out to a little home where, we were told, Mary had lived and died. In 1967, St Paul VI visited there, and in 1979 St John Paul II celebrated Mass there. My question is this: On a matter of such historical importance, why hasn’t the Church made a decision on the correct place where Mary died?

Answer: First, I should answer a question you didn’t even ask: Did Mary die, as we know death? That question has prompted theological speculation for centuries, and the church has never answered it in a definitive way.

When, in 1950, Pope Pius XII solemnly defined the dogma of the Assumption, he said “the Immaculate mother of God, the ever Virgin Mary, having completed the course of her earthly life, was assumed body and soul into heavenly glory.” That seems to leave open the question of whether Mary died first.

Some theologians feel that, since death is a consequence of sin, Mary would not have had to die. But others speculate that, since Jesus himself chose to die, wouldn’t it be fitting for his mother to have shared the same fate?

Moving on to the question you did ask – where Mary spent her final years on earth – there are two strong historical traditions. One is that, following the ascension of Jesus, Mary returned with the apostles to Jerusalem and lived there for the remainder of her earthly years.

But there is other evidence that seems to show that Mary, under the protection of the apostle John, went to a place near Ephesus (modern-day Turkey) and stayed there until she was assumed into heaven.

That second tradition – the Ephesus one – is linked to the 19th century visions of Anne Catherine Emmerich, a bedridden Augustinian nun in Germany. The church has never pronounced formally on the authenticity of either of these sites.

Actually, there are two different Jerusalem sites: a church near the Mount of Olives, venerated by the Orthodox Church, and the one you mentioned, the Church of the Dormition, maintained by Benedictine monks.

I think that the final answer to your question is lost in history and unlikely ever to be settled. But this doesn’t stop anyone from honouring the Virgin Mary, the mother of God and our mother.

The Rosary: Praying Gift for the Family

Litany of Loreto – Litany of the Blessed Virgin Mary
Share