Woe to the Corrupt! 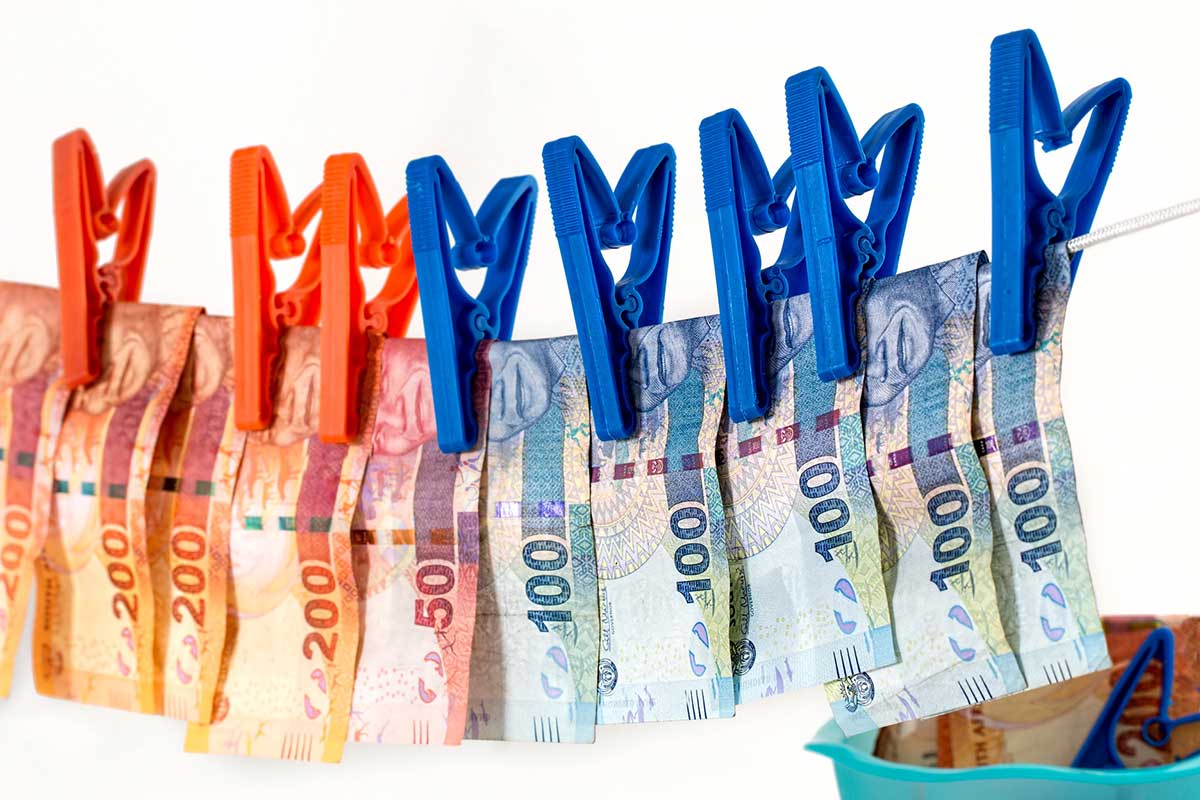 Government officials and their families have stolen fortunes of state money intended for the relief of the poor. But even as they might enjoy their gleaming watches and fast cars, they are facing many woes. Bishop Graham Rose enumerates these woes, and warns that corruption can start also with any of us. (Photo: Steve Buissinne)

The corrupt steal from the poor and offend God. BISHOP GRAHAM ROSE counts the ways in which they put their souls and salvation at risk.

South Africans are protesting against widespread corruption in the country. Some of our leaders and their families stand accused of being at the centre of this epidemic.

Notwithstanding the Zondo Commission of Enquiry, the scourge of corruption continues unabated—now with a new wave that has seen relief money being stolen from those in dire need.

The Southern African Catholic Bishops’ Conference (SACBC) joined the protests with its own message which ends with the searing description of “criminals posing as leaders!”

The Sermon on the Mount is widely recognised as one of the greatest spiritual teachings of all time. It is said that Mahatma Gandhi had a copy of the Sermon on his office wall in Johannesburg.

Less well-known than the “Blesseds” are the “Woes” which Jesus addressed against the Pharisees. Here I shall attempt to present a “List of Woes against the Corrupt”:

A central theme in the Biblical worldview is that God is the Creator of all things; we are only the stewards of what is in our possession.

Around a century ago, the Catholic journalist and writer GK Chesterton was at the forefront of a movement in Britain known as Distributism. As the name suggests, this movement sought to bring about a just distribution of the wealth of the country.

Much earlier, the Fathers of the Church had spoken of people as possessing badly where they used badly. Good stewards are called to show solidarity with those who do not have a just share of the earth’s resources.

Jesus asks this telling and disturbing question: “What does it profit a man if he gains the whole world and loses his soul?”

The Lord’s words were famously put in the mouth of St Thomas More in the play A Man For All Seasons, when he faced his false accuser. The man had been bribed by being offered the title “Prince of Wales”. In the play, Thomas More adds to the words of Jesus—with apologies to the Welsh—“…lose your soul for the world, but for Wales?”

One thinks here of our own country—and tragically of so many others—where public servants make lofty commitments to serve the common good of the country, and especially the poor. Once elected, they betray this trust.

This is the angry accusation of the poor of South Africa: What has happened to the relief funds? It is the powerful who are diverting them into their own accounts. Added to the criminality of such behaviour, one might well go further and label it treasonous.

The Prophet Isaiah is scathing in his criticism: “Woe”, he says, to those “who refuse justice to the unfortunate and cheat the poor among my people of their rights” (10:1-2). And the Psalmist warns: “No man who practises deceit shall live in my house” (101:7).

We know the harsh words of Jesus when speaking of the Final Judgment: “What you do to the least of my brothers and sisters you do to me” (Mt 25).

It is always the poor who are the first victims of corruption.

The Prophet Amos has a strong warning for those who say, “By swindling and tampering with the scales we can buy up the poor for money.” He declares to them that God has sworn: “Never will I forget a single thing you have done” (8:5-6).

We have lost a living sense of ultimate responsibility to God. A woman I know, looking directly into the eyes of her rapist, said: “You will have to answer to God for this.” At our terrible peril, we have lost our fear of God.

Jesus is strikingly clear in his statement: “No one can serve two masters… You cannot be the slave both of God and of money” (Mt 6:24).

I recall one of the Fathers of the Church reacting with utter disbelief as he watched newly baptised Christians slipping (backsliding!) into worship of the false god of money. He accused them of amnesia, a loss of memory—only recently freed in Christ, they again become enslaved!

It will always be a matter of profound disappointment to see the heroes of a noble struggle for liberation—people who proclaimed from the rooftops their option for the poor—now lose their memory as they succumb to Mammon. It makes me think of one of the saddest refrains of a once noble people: “Once were warriors!” Now no more.

Luke records one of Jesus’ most hard-hitting parables, sometimes known as the parable of the Rich Fool.

As the Rich Man embarks on a project of great expansion which will increase his personal wealth substantially, Jesus responds: “Fool! This very night the demand will be made for your soul; and this hoard of yours, whose will it be then?” (Lk 12:20-21).

What foolishness sees us becoming obsessed with wealth in a temporary world when we have been promised permanent prosperity by storing treasures for ourselves in heaven? (Mt 6:19-21)

The words of St John Henry Newman still ring out: “I have all that time thought that a time of widespread infidelity was coming and through all those years the waters have in fact been rising as a deluge. I look for the time after my life, when only the tops of the mountains will be seen like islands in the waste of waters.”

But enough of the Woes! There are so many good people out there who say “No” to the temptation of corruption. “Blessed are those who hunger and thirst for what is right” (Mt 5:6).

I knew a man who, as the general manager of a mine, was once asked by his children to bring a pencil and a ruler back from work.

It was a winter day and his children were playing in their warm home. They did not want to have to go out into the cold to buy the stationery.

The man refused to do this as it was not right. I know the story well: that man was my father. It was an important lesson he taught us. Blessed are such teachers!

An important theme runs through a number, if not most, of the above “Woes”. It is this: We are accountable to God and God will hold us to account.

Running counter to this corruption is what the SACBC bishops and many others, including this newspaper in many editorials, have long criticised as “a culture of impunity”.

But the challenge takes us further: At what point, if we do not raise our protest, do we ourselves become accomplices to corruption? It is a disturbing question which we cannot avoid.

God grant us the courage to make our protest, and that we do so by firstly living innocent of this vice of corruption.

That will make us truly blessed and will bless the poor who wait upon our virtue.