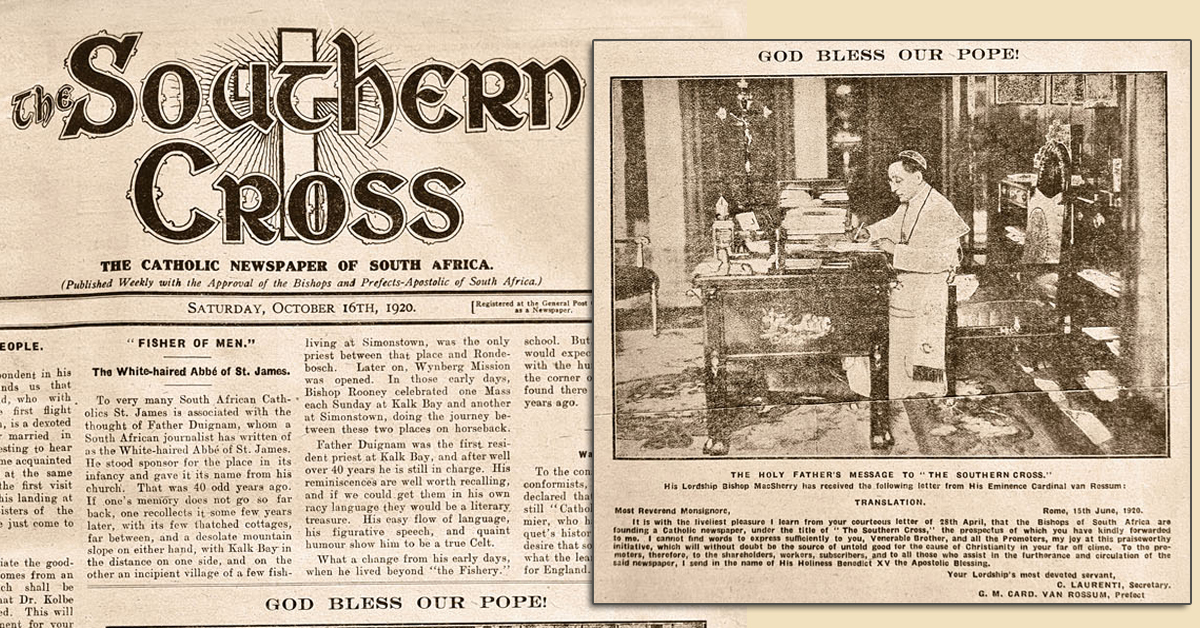 The very first issue of The Southern Cross on October 16, 1920, with a message from the Pope on the cover

On the 100th anniversary of the first publication of The Southern Cross, on October 16, 1920, we look back at the very first edition.

Pope Benedict XV features on the cover of very first edition of The Southern Cross. In a blessing, the pope expresses his “joy at this praiseworthy initiative, which will without doubt be the source of untold good for the cause of Christianity in your far-off climes”.

For only the third time in Transvaal and the second time in Johannesburg, there has been a ceremony of ordination to the priesthood. Fr Balthazar was ordained by Bishop Cox at the cathedral in Kerk Street.

Known by all in Cape Town as “Old Seventeen”, after his number in the Cape Police, Irish-born Charles Rudden died at the age of 81. Born in 1839, Mr Rudden came to South Africa in 1877, fought in the Zulu War at Rorke’s Drift and Eshowe, and came to Cape Town in 1881.

Editorial: This is our purpose

In his editorial, Fr James Kelly writes that there “can be now no longer any doubt that a Catholic newspaper in South Africa is a necessity”. The Southern Cross’ purpose, Fr Kelly explains, “is, in brief, to stimulate Catholic life and activity in South Africa and to aid our priests and Catholic laity in their work of keeping bright and clear the lamp of Faith in a land which we all love”. 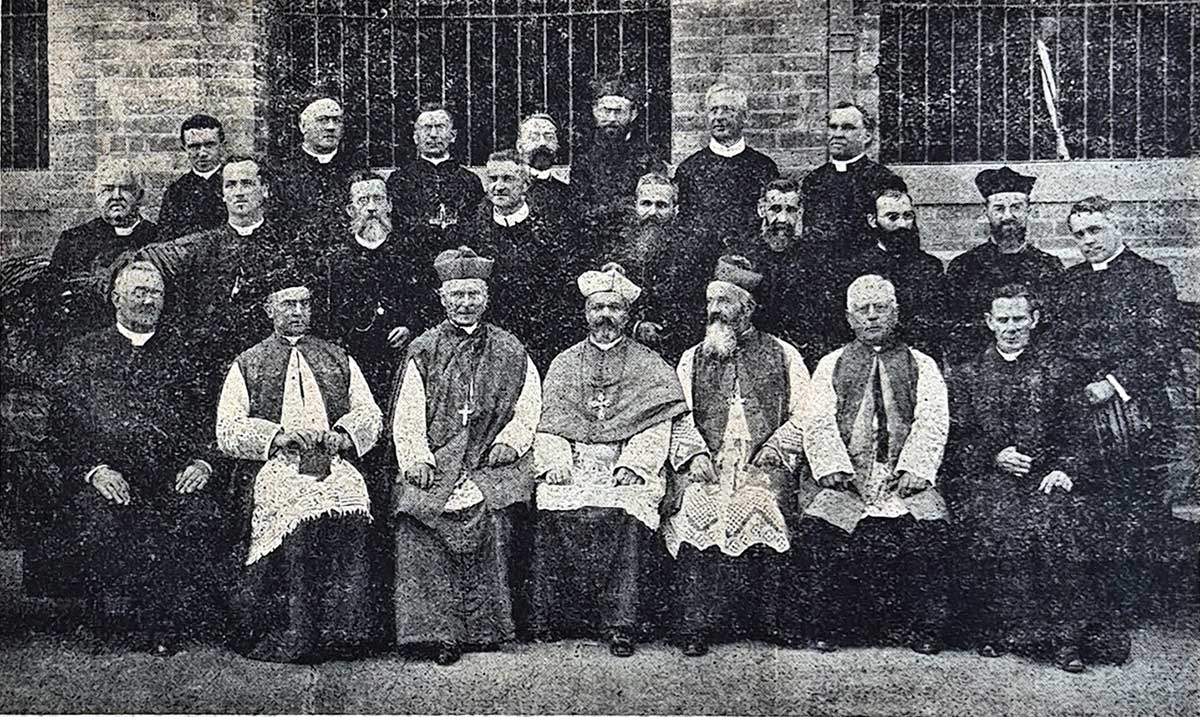 A photo of bishops and priests at the silver jubilee of Durban’s Bishop Henri Delalle, when The Southern Cross “was projected”. 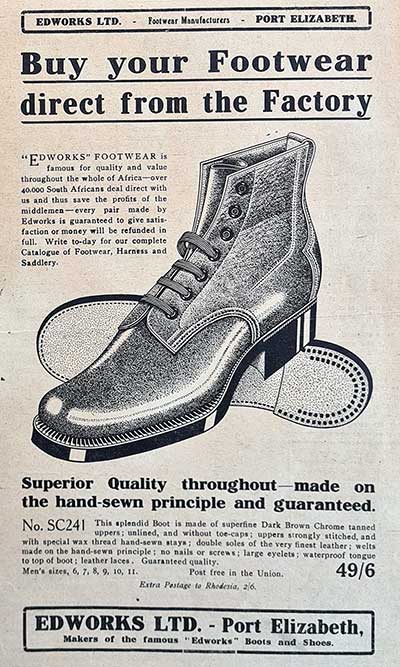 Right: An advert in the first issue of The Southern Cross.

This article originally appeared in the October 2020 issue of The Southern Cross magazine. On sale in your parish or subscribe. You can also place an order for your parish. For further information email admin@scross.co.za