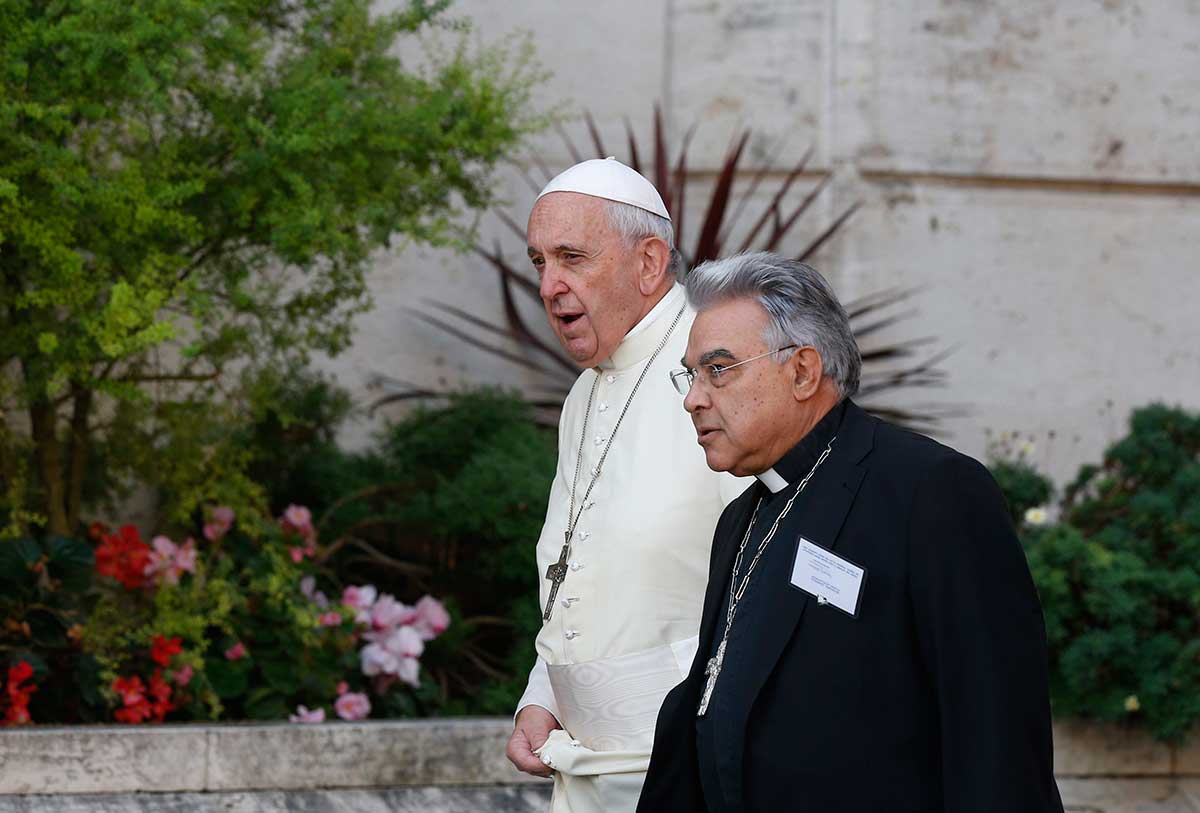 Pope Francis and Italian Bishop Marcello Semeraro of Albano. The pope has named Bishop Semeraro, who has been secretary of his Council of Cardinals, to be the new prefect of the Congregation for Saints’ Causes. (CNS photo/Paul Haring)

By Cindy Wooden – Pope Francis has named Italian Bishop Marcello Semeraro of Albano, secretary of his Council of Cardinals, to be the new prefect of the Congregation for Saints’ Causes.

The bishop, 72, succeeds Cardinal Angelo Becciu, whom the pope forced to resign in late September because of suspicious financial dealings.

Bishop Marco Mellino, who was adjunct secretary of the Council of Cardinals, will take Bishop Semeraro’s place at the council, which Pope Francis established in 2013 to advise him on church governance and the reform of the Roman Curia.

Announcing Bishop Semeraro’s new Vatican post on October 15, the Vatican also said Pope Francis reconfirmed the membership of the six cardinals currently on the council and that he was adding Congolese Cardinal Fridolin Ambongo Besungu of Kinshasa.

Bishop Semeraro was born December 22, 1947, in Monteroni di Lecce. He studied at the Puglia regional seminary in Molfetta before beginning studies at Rome’s Pontifical Lateran University, where he earned a doctorate in theology.

Ordained to the priesthood in 1971, he taught dogmatic theology in Puglia and at the Lateran University.