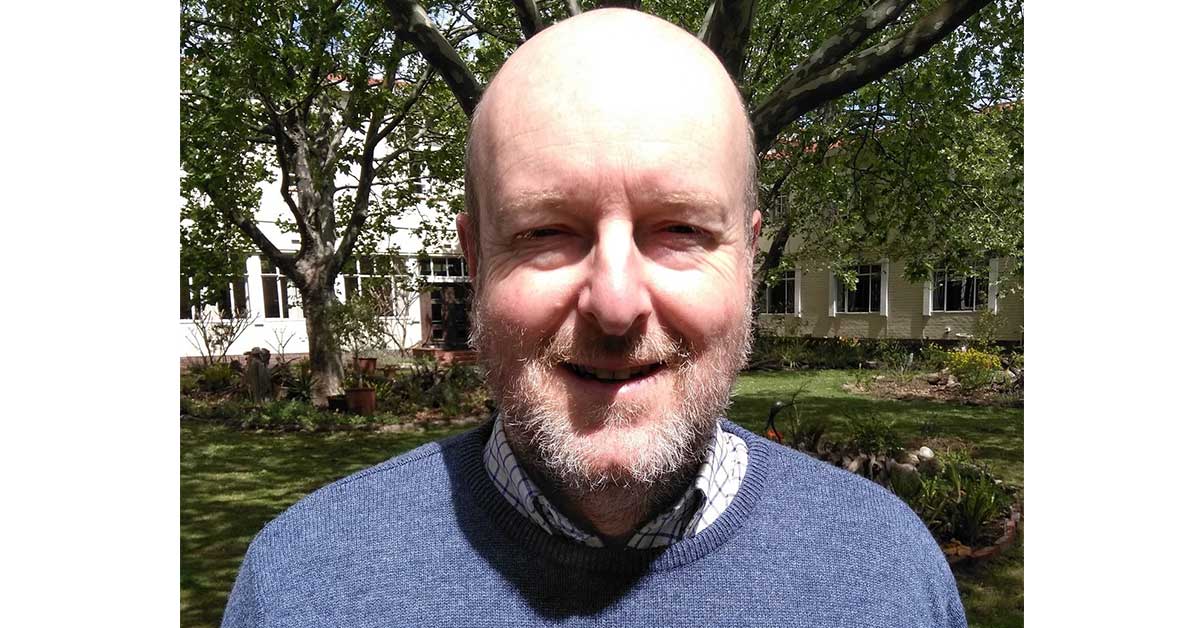 By Fr Paul Tatu CSS – Fr Hugh Patrick O’Connor is the son of Patrick and Virginia O’Connor. He was born on the 2nd January 1968, Baptised at St Theresa Catholic Church in Camp Bay in Cape Town. He was later confirmed at St Margaret Mary Catholic Church in Green Point Cape Town by His Lordship Bishop Ernest Green.

After many years of service in different portfolios in the Church, mostly in the Archdiocese of Cape Town where he comes from, Fr Hugh has been appointed to take over the role of SACBC Associate Secretary-General since the 1st October 2020, succeeding Sr Tshifhiwa Munzhedzi OP who was appointed to the same position some few months ago, and has been newly appointed to take over from Sr Hermenegild Makoro CPS, effectively on the 1st October 2020, as the New SACBC Secretary-General.

Both Fr Hugh O’Connor and Sr Tshifhiwa Mundzhedzi OP will undergo a process of handover from the time of appointment until 1st January 2021, when they will officially assume their duties in their new portfolios.

During this moment of transition of leadership in the Church we are all invited to a deep prayer for our new leadership so that they may be inspired by the Spirit of God in leading the Local Church to the right direction, especially during this difficult time when the Church needs new spirit and new ways in addressing the challenges facing our society, especially through the implementation of the new pastoral plan which was officially launched on the 26th January 2020 at Regina Mundi Catholic Church in Soweto.

During this moment of transition to a new leadership in the Khanya House let us also not forget in our prayers Sr Hermenegild Makoro CPS, who served the Church with unreserved love and commitment for many years as the SACBC Secretary-General and Fr Patrick Rakeketsi CSS, her associate, who also served his portfolio with distinction and love.

Let us pray for their blessing in their new responsibilities. Both of them will be missed for their outstanding wisdom and contribution in the administration of Khanya House.

We wish all of them the best in their continuous service to Catholic Church in our region.

May our Mother Assumed into Heaven and Blessed Benedict Daswa Our Own, pray for us to God.