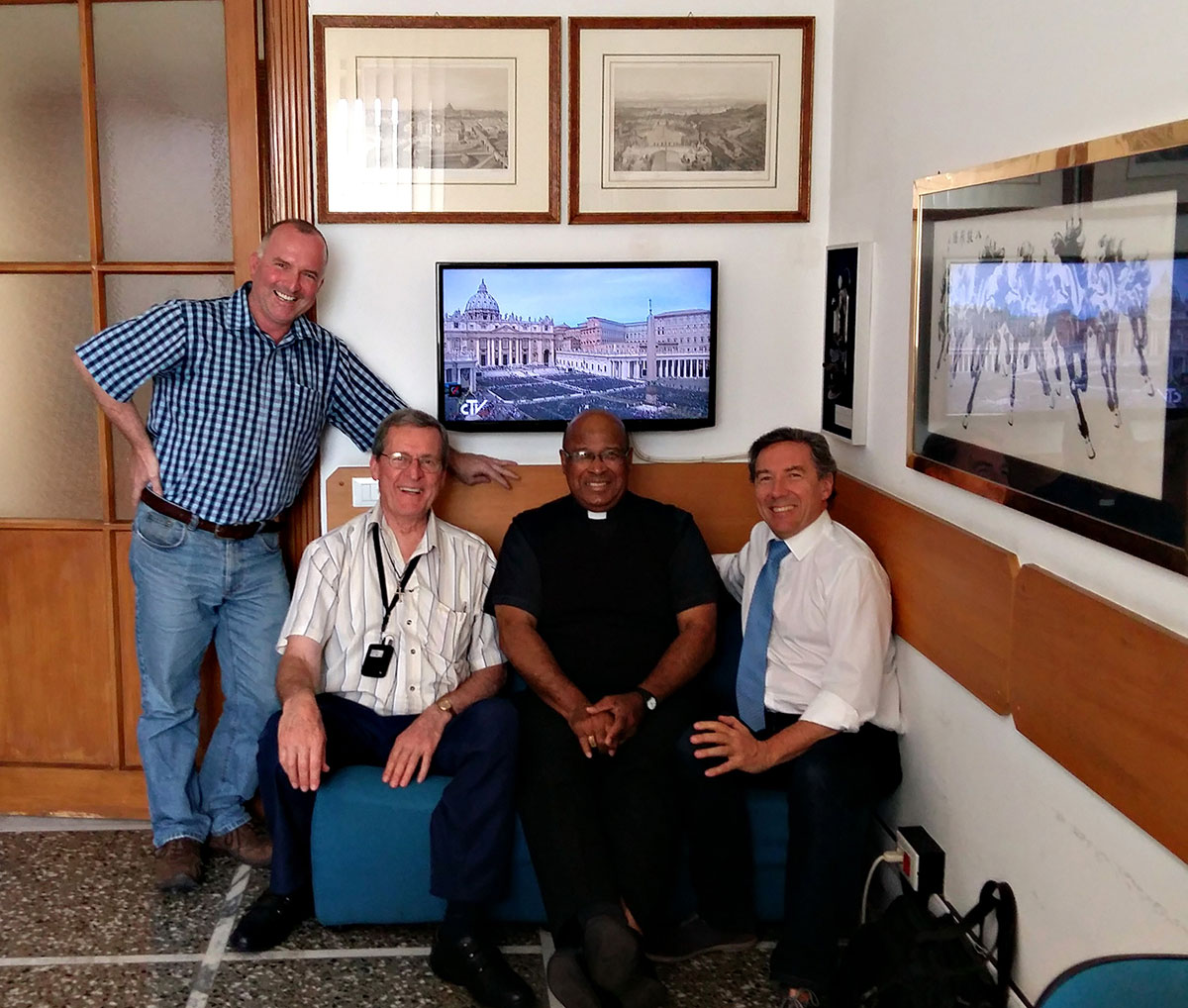 I got to know Fr Emil Blaser through his work at the Bishops’ Conference, where a number of his confreres were also engaged. Some were teaching at St Peter’s Seminary, Hammanskraal, which was then run by the Dominican Order; another was Secretary-General of the Conference; still another was Bishop of the Diocese of Kroonstad, which at that time was staffed by the Order of Preachers; still others were engaged via Justice and Peace in activism against the injustices of apartheid.

This meant that for many years there had been a very close working relationship between the Bishops of Southern Africa and the Dominicans.

Given this close association, it was not a surprise when the Conference called on a Dominican to lead its efforts to engage in radio broadcasting. And that Dominican was none other than Emil Blaser.

What was special about Emil Blaser?

First of all, his keen interest in broadcasting the Word of God. As a member of the Order of Preachers (OP) preaching in whatever form had to be his bread and butter. As a Dominican and a priest, Emil had a natural bent for communicating the message of the Gospel. Then he had an excellent and natural radio voice and the kind of personality suited putting across the message of the Gospel as “The Good News for a Change”. Fr. Emil did this so smoothly and naturally that listeners felt compelled to tune in and listen, again and again!

When the SACBC took the decision to enter the field of broadcasting it was only natural that they should turn to the Dominicans in general and Emil Blaser in particular. His first venture was television, which went very well, but as far as I remember proved to be just too expensive for the small Catholic audience to maintain without massive funding from abroad. Hence the switch to Radio, and the birth of Radio Veritas.

In its early days Radio Veritas was able to cover the entire country. As a result it made a huge impact on Catholic South Africa. Unfortunately that didn’t last and Radio Veritas was limited to broadcasting on Medium Wave only, which severely reduced its listenership.

On the plus side the arrival of internet opened up new possibilities, which Emil took up immediately and was making a good go of it until he suffered a severe breakdown in his health. Eventually he was forced to give up the love of his life, the broadcast ministry which brought him into the lives of so many of God’s People, who had a special place for him in their heart.

Fr. Emil brought comfort to many house-bound people until he himself joined them in his later years.

During my years of formation in Ireland, it was a living custom for the Dominicans and the Franciscans to regard each other as religious Cousins rather than simple associates. Thus we would celebrate the feast of St Dominic as that of “our Father, Dominic”, to which the Dominicans would reciprocate by celebrating the feast to their “Father Francis”.

With all this in mind that I offer my sincere Sympathies in the first place to Emil’s confreres, but I must immediately add those for whom Emil was the purveyor of the “Good News for a Change!. Today I pray that he is the recipient of the best news possible: “Good and faithful servant, come into the kingdom of your Lord!”