English Bishops Adjust Liturgical Translation Of A Part Of Mass 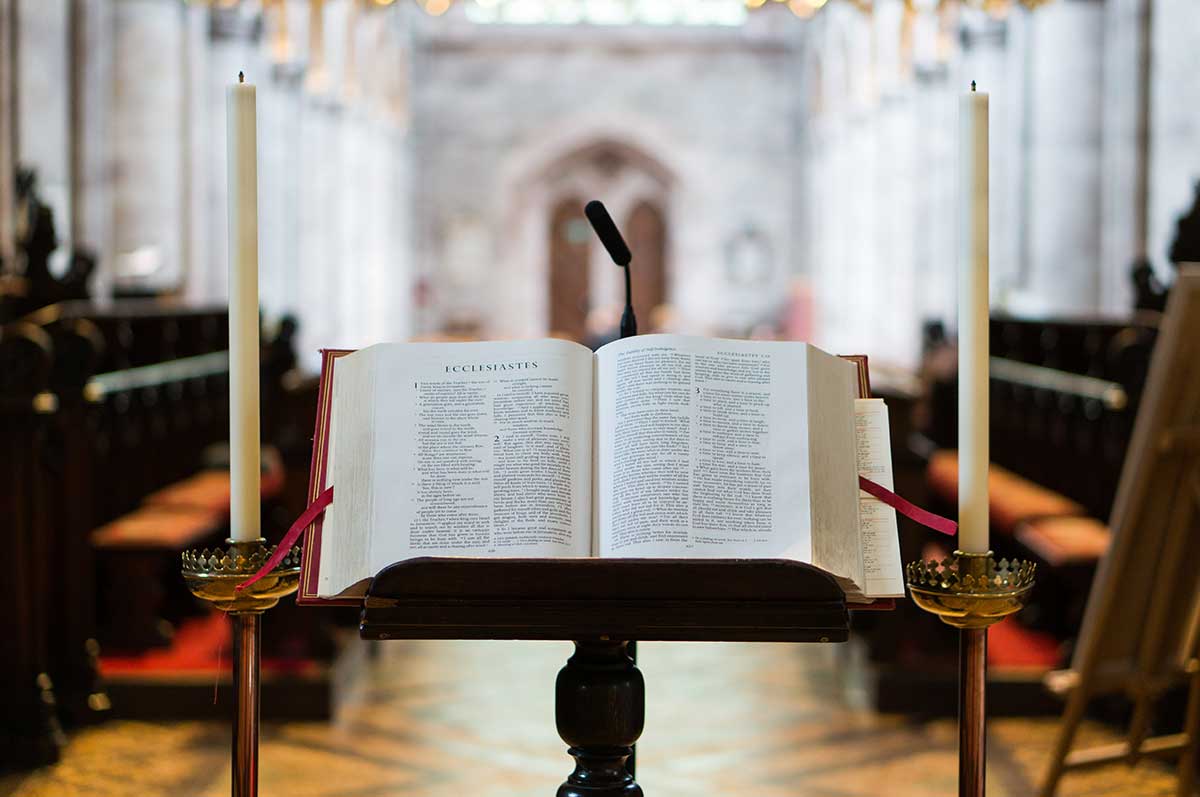 The English and Welsh bishops’ conference has decreed that in the translation of the conclusion of collects in the Roman Missal, “one” is to be omitted before “God”. The conclusions will now read “God, for ever and ever”.

The decision follows a letter sent earlier this year by Cardinal Robert Sarah, prefect of the Congregation for Divine Worship, addressing a concern about the English translation.

A November 9 decree signed by Cardinal Vincent Nichols of Westminster, and Fr. Christopher Thomas, the president and general secretary, respectively, of the English and Welsh bishops’ conference, notes that “until now” in the three formulae of conclusions to collects, “the Latin words ‘Deus, per omnia sæcula sæculorum’ are rendered in English as ‘one God, for ever and ever.’”

“The addition of ‘one’ before ‘God’ in the conclusion of the Collects could be construed as mistaken and problematic. ‘Deus’ here refers to the earlier mention of ‘the Son’ and is a Christological, anti-Arian affirmation, and not directly Trinitarian in this context,” the decree states.

The bishops of England and Wales voted “that these formulae should be adjusted according with the removal of the word ‘one’ from the conclusion of the Collect.”

The most common formula, used when a collect is addressed to the Father, will read: “Through our Lord Jesus Christ your Son, who lives and reigns with you in the unity of the Holy Spirit, God, for ever and ever.”

The correction will take effect in the dioceses of England and Wales from November 29, the First Sunday of Advent.

An explanatory note added that the decision is “in harmony” with the bishops’ conferences in Scotland and Ireland, “as well as with other English-speaking territories”.

The addition of “one” before “God” “could serve to undermine the statement of the unique dignity of the Son within the Trinity”, or “could be interpreted as saying that Jesus is ‘one God,’” the explanatory note stated.

“Either or both of these interpretations is injurious to the faith of the Church.”

Continuing, the note said that the insertion of “one” before God “risks suggesting that Jesus became a god independent of the Blessed Trinity and is one god among many … what we pray needs to express what the Church believes, requiring that, in liturgical formulae, we uphold the doctrine of the Blessed Trinity.”

The Trinitarian doxology that concludes the collects “emphasises the divinity of Our Lord Jesus Christ, the Second Person of the Blessed Trinity, who as the Incarnate Son, intercedes on our behalf to the Father … thus, the Son’s role of priestly mediation is made clear.”

The explanatory note says the phrase was adopted in the fourth century “as a means to combat the Arian heresy,” which held that Jesus Christ became God, rather than having been God eternally.

Moreover, the note adds, “one” is not used in the translations of the conclusion in French, German, Italian, Spanish, or Portuguese: “The English translation has, therefore, diverged from those of other major language groups.”

The English and Welsh bishops’ explanatory note said that “since the addition of the word ‘one’” could obscure prayer and thus belief, the Congregation for Divine Worship “has ruled it should no longer be used in the translation of these texts into English.”

Cardinal Sarah had written to the presidents of English-speaking episcopal conferences about the translation problem May 13.

This was followed up by a May 27 letter from the chairman of the International Commission on English in the Liturgy which clarified, Cardinal Nichols wrote, that bishops’ conferences determine “how and when the proposed change is made.”

The explanatory note added that “it is for Episcopal Conferences, through ICEL, to decide how best to translate these formulae in order to safeguard both their Trinitarian nature, as well as their profession of the divinity of the Son.”

By his 2017 motu proprio Magnum principium, Pope Francis granted episcopal conferences a greater share of responsibility in the translation of liturgical texts relative to the Congregation for Divine Worship.

The executive director of the US Conference of Catholic Bishops’ Secretariat of Divine Worship, Fr. Andrew Menke, told CNA that Cardinal Sarah’s letter has been discussed by the conference’s divine worship committee, who “will probably discuss the question again” at their next meeting, in January.

The USCCB has been approving new translations of components of the Liturgy of the Hours, a new translation of the Roman Missal having been adopted in 2011.

At its 2019 fall general assembly, the conference voted overwhelmingly to approve the ICEL grey book translation of the hymns of the Liturgy of the Hours.