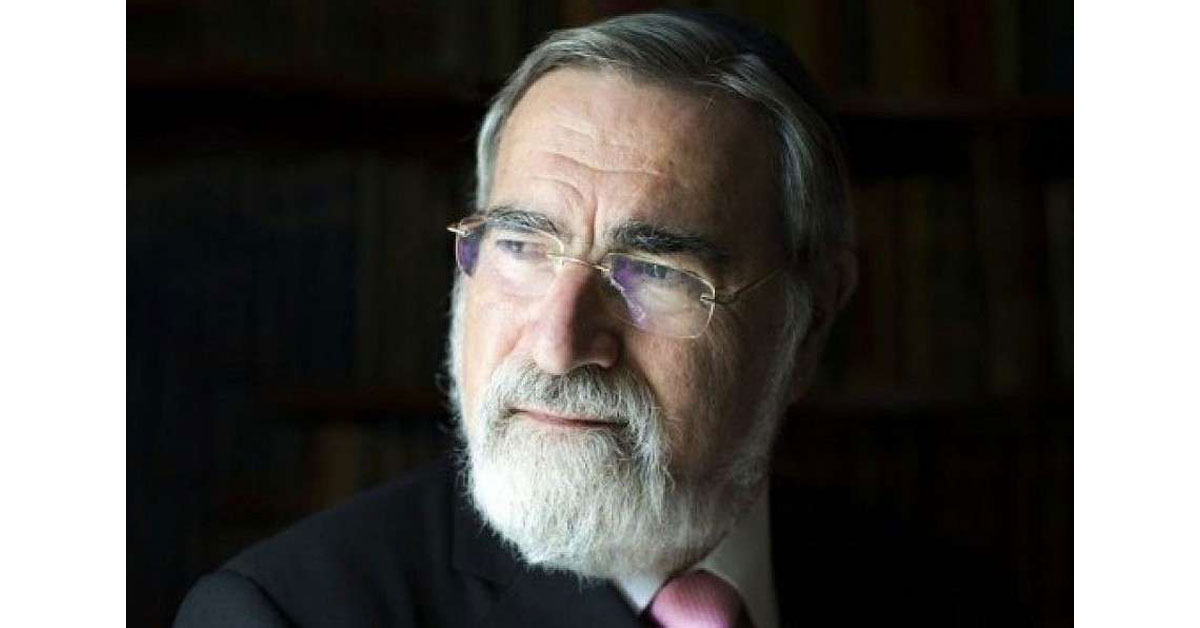 Catholics have joined faith leaders from around the world to offer prayers and tributes, after the death of Rabbi Lord Jonathan Sacks, the internationally renowned philosopher, leading voice in inter-religious dialogue, and the former Chief Rabbi of the United Kingdom.

Cardinal Vincent Nichols of Westminster and President of the Catholic Bishops’ Conference of England and Wales, said on Sunday that he had “lost a friend; the Jewish community a great leader; humanity an eloquent spokesman.”

Rabbi Sacks died in the early morning of Saturday, November 7, at the age of 72. In October, his office announced that he had been diagnosed with cancer “recently,” and was undergoing treatment.

“Chief Rabbi Sacks was a most eloquent proponent of some of the greatest truths of humanity, so often forgotten,” said the cardinal.

“I recall with clarity some of his forceful and persuasive presentations of the truths expressed in Judaism and indeed in the Christian faith, truths which help us to make sense of our lives, our communities and our destinies.”

After leading several Jewish congregations in London, from 1948-1990 Sacks served as the Principle of Jews’ College, the principal rabbinical seminary of the United Synagogue. Sacks was chosen to serve as Chief Rabbi of the United Hebrew Congregations of the Commonwealth in 1991, a position which he kept until 2013.

Prof. Robert P. George of Princeton University called the news of Sacks death “devastating,” and paid tribute to his “beloved friend.” And offered his “love and deepest condolences” to Sacks’ family “and to the Jewish community of Britain and the world.”

“Now he belongs to the ages.”

Widely recognised as one of the great philosophers of his generation, in addition to his many published works, Sacks was a feature in British public life, often contributing to public discussion on faith, reason, religious liberty, and interfaith dialogue.

Internationally, Sacks was a prolific author and speaker, addressing several Vatican-convened conferences on marriage and the family, as well as acting as a champion of religious freedom internationally.

In July, Sacks highlighted the ongoing persecution of Uyghurs and other minorities in China, saying that the situation in that country had come to echo images of the Holocaust.

“As a Jew, knowing our history, the sight of people being shaven-headed, lined up, boarded onto trains, and sent to concentration camps is particularly harrowing,” said Sacks in July.

“That people in the 21st century are being murdered, terrorised, victimised, intimidated and robbed of their liberties because of the way they worship God is a moral outrage, a political scandal and a desecration of faith itself.”

Sacks called the worldwide implementation of Article 18 of the UN Declaration of Human Rights – the right to freedom of thought, conscience and religion – “one of the great challenges of our time.”

“This right is too often lost when one group within a society, usually the dominant group, sees another group as a threat to its freedom and its own dominance, or when there is a struggle between the will to power and the will to life.”

Speaking at an event for the Becket Fund for Religious Liberty in 2014, Sacks said that “Every faith is a candle we light in the public domain; a little light drives away much darkness.”

The United States Commission on International Religious Freedom issued a statement Monday morning saying that the body was “saddened” by the news of his death and calling Sacks a “stalwart proponent of religious freedom and interfaith dialogue.”

Sacks is survived by his wife Elaine Taylor, to whom he was married for more than 50 years, his three children, Joshua, Dina, and Gila, and his several grandchildren.

Pope and Religious Leaders Pray For Greater Care For One Another