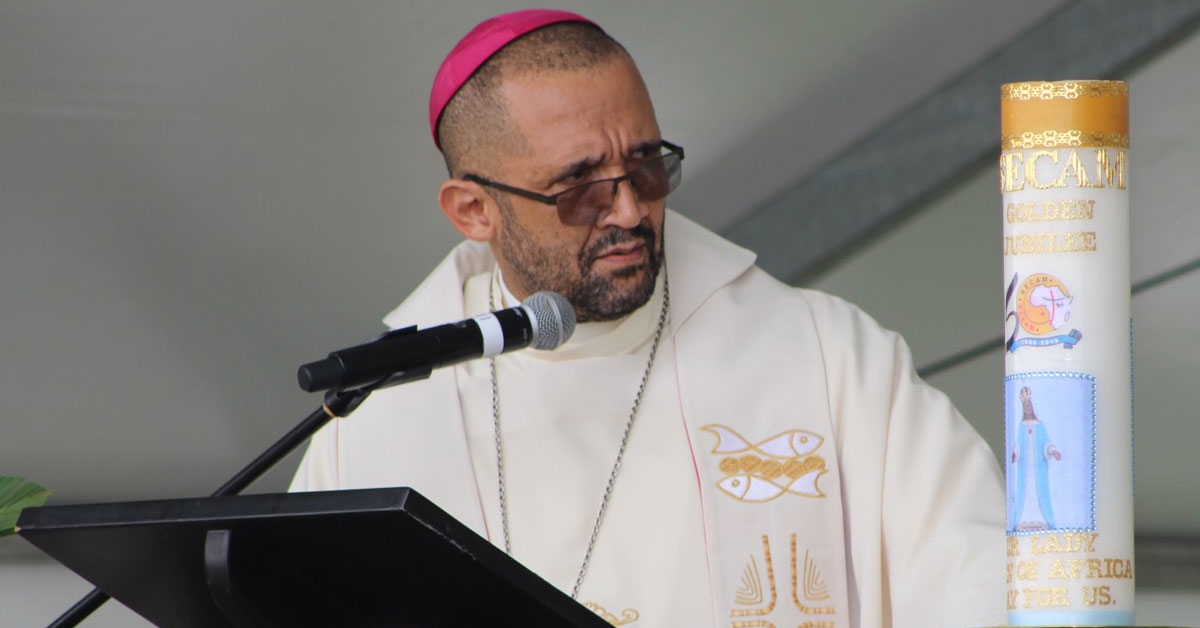 While there are welcome signs that South Africa is finally tackling its chronic corruption, Church bodies must beware of inefficiency in the running of their finances, according to Bishop Sithembele Sipuka of Mthatha, president of the Southern African Catholic Bishops’ Conference.

The bishop welcomed “signs that corruption is finally being tackled if the trial of [ANC secretary-general] Mr Ace Magashule and the issuing of the warrant of arrest for [former president] Mr Jacob Zuma are anything to go by”. However, Bishop Sipuka expressed concern that these steps could result in violent faction-fighting within the ruling African National Congress, which might spill into the general population.

“The trending voice clip calling the military veterans to gather in Nkandla, apparently to protect Mr Zuma, could just be the beginning of a series of occasions of politically-motivated violence. And so, as we rejoice about the prospect of corruption finally being dealt with, let us also prepare ourselves to deal with a situation where corrupt kingpins, to avoid jail sentences, will present themselves as political victims and incite people to violence and insubordination,” Bishop Sipuka said.

Administration in Government, and in Church Must Improve

The bishop also bemoaned inefficiency in provincial and local governments that has resulted in funds being recalled by the national treasury, “because of the inability of the local authorities to effectively use these funds for their intended purpose of giving service to the poor people”.

But such inefficiency can also be found in the Church, Bishop Sipuka noted. “As Church, we are not completely innocent of this inefficiency. While priests and religious generally fulfil the physical pastoral work of celebrating sacraments and visiting the sick, some do fall short on administration. Trying to get a simple financial quarterly return or parish annual statistics can, in some situations be like trying to pull out a tooth from the mouth of an ill-tempered lion with two fingers,” he said.

Bishop Sipuka said that some dioceses have been turned down for project application by funders, “because one or two previously-funded parishes have failed to produce a simple report that shows how the money was spent, together with pictures showing the project before starting it, during and after its completion”.

“This really spoils our name and confirms the stereotype about locals being inefficient. The seven years of training, common sense and willingness to learn should provide us with the capacity for simple administration because it is equally important as pastoral work is, in fact there is a link between the two,” the bishop said.

“To effectively care for people, we must know how many there are, and not just guess. We must have a plan of how we take care of them and evaluate it and we must source funds to build the structures of caring for them and account for those funds,” he said.