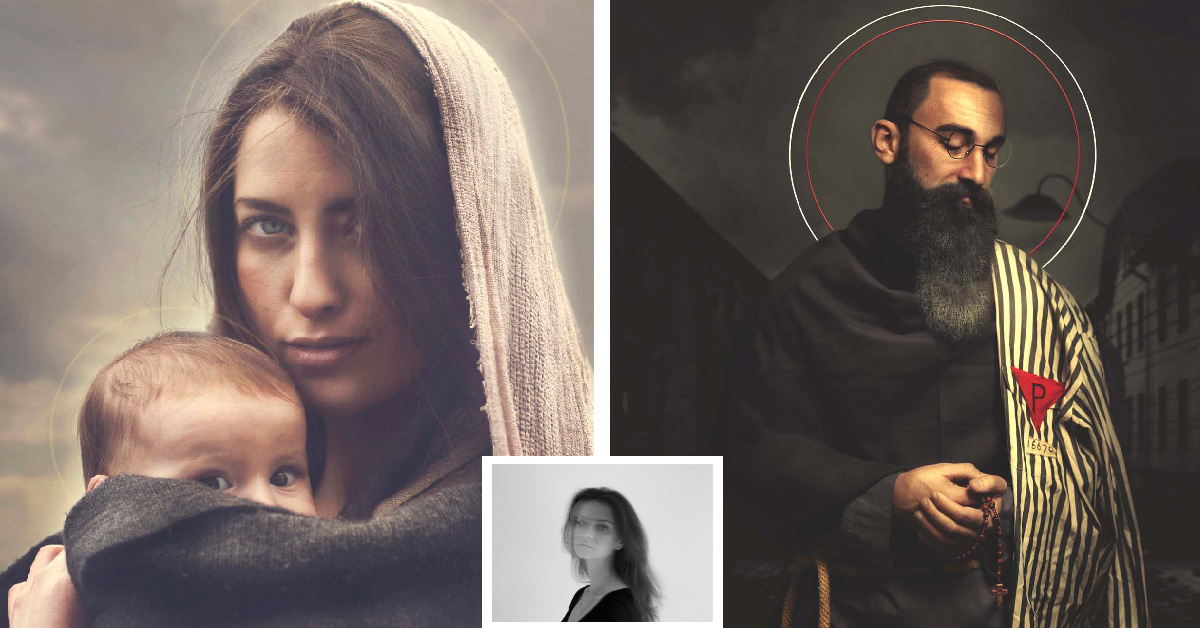 “The Solemnity of Mary” is one of a series of photos in Kristyn Brown’s collection portraying Our Lady in various stages of her life. St Maximilian Kolbe is shown wearing his Franciscan habit as well as the striped jacket of the Auschwitz Nazi death camp, where he was martyred. All photos courtesy of Kristyn Brown (inset)

One day her mother talked about a third-century martyr and, like an old-fashioned photographer’s flash going off, Kristyn Brown had an idea.

Having spent most of her younger years “shooting terrible pictures and wasting a lot of film”, Kristyn had become a busy professional photographer — digital and no longer wasting film. By the time of that afternoon spent with her mother in Philadelphia, Kristyn had just discovered her passion for conceptual photography, an artform that uses the medium of pictures to illustrate an idea. She had the equipment and, as it turned out, the talent. All that was missing was inspiration.

“My mother was speaking to me about St Sebastian, and all I could see in my mind’s eye was a portrayal of him as a real person in a photograph,” Kristyn told The Southern Cross in an interview from Philadelphia. So in 2015, she set out to scout for a model to portray St Sebastian — and the first of what are now more than 80 portraits of “living saints” in what she calls “The Saints Project” was created.

Her mother, Claire Boyle, whose conversation started this lifechanging and faithbuilding project, would later become a model herself, portraying her namesake St Clare of Assisi. “She was really surprised by the final image,” Kristyn recalled. “Most people are not used to seeing themselves that way, and it’s exciting and kind of shocking.”

The image of St Clare — “a woman of fierce holiness” — is one of the photographer’s favourite shoots and final images. “It came out better than I had planned, and I still love it,” she said.

Another favourite is “The Solemnity of Mary”, a tender depiction of the Blessed Virgin with her infant Son. “It was an ‘outtake’ image and wasn’t supposed to be part of the shoot, but it’s my most popular image now,” said Kristyn, whose website features an extensive gallery of the Holy Family, amid all the saints (www.thesaintsproject.org) . These saints range from the Archangels Michael and Raphael to Mary Magdalen to Maria Goretti to Padre Pio.

The latter we encounter as a young man. St Teresa of Avila, in a striking image, is kneeling in prayer as her gaze penetrates our soul. St Joan of Arc, whose photo provides the logo for The Saints Project, has a face speckled with the mud of the battlefield; she looks defiantly heavenwards. St Peregrine hits the road with a strong, serene face while his knee is bleeding. And St Veronica, the patron saint of photographers, is holding the cloth on which Jesus’ face superimposed itself during her act of mercy on the Via Dolorosa.

Kristyn’s idea is to find average people to portray the saints in classic poses using modern photographic methods. This emphasises that the saints were, in many ways, ordinary people and not idealised images on prayer cards. In that way they are relatable while encouraging the viewer to follow God’s call to them, just as the saints did. Importantly, she stressed, her images mustn’t look “tacky”.

“The process to choose saints and portrayers is different every time, but generally I am inspired by a saint and then just wait for the right person to come along to portray them,” Kristyn said. Her artistic process involves a lot of prayer, even asking the saint being portrayed for their intercession, she said, happily admitting that she is not in control — the Holy Spirit is always at work.

There are signs of that. For example, unbeknown to Kristyn, the man she chose to portray St Raphael turned out to have a devotion to…St Raphael. Likewise, her model for St Lucy had chosen that saint for her confirmation name.

Of course, the devout Catholic has her favourite saints. “Without a doubt, my all-time favourite go-to saint is Mary. And then St Michael, Maximilian Kolbe and Padre Pio,” said the photographer, who has received several commissions, the highest-profile being the creation of a banner for the youth congress portion of the World Meeting of Families in 2015.

There are still many saints to be photographed, but her next major project — other than the big job of being a mom to her three children, aged 9, 7 and 1 — is to portray the Twelve Apostles. 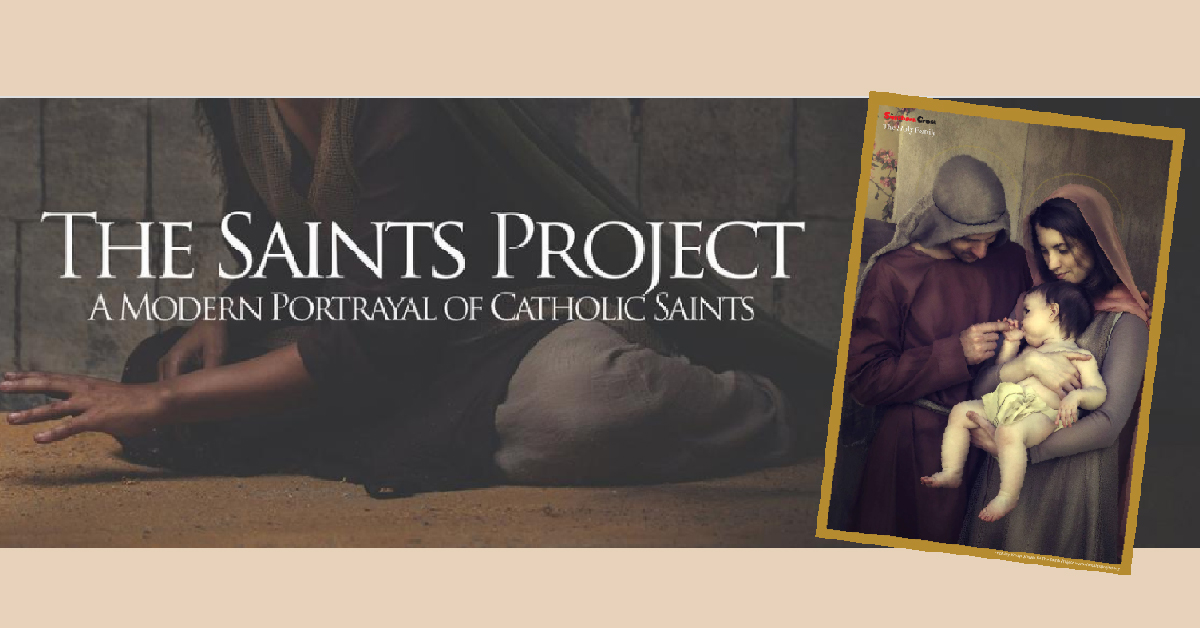 Our December issue features a “Saint of the Month” centre-spread poster of the Holy Family by Kristyn Brown. See or buy her images at www.thesaintsproject.org/