Who is the Head of the Catholic Church in SA? 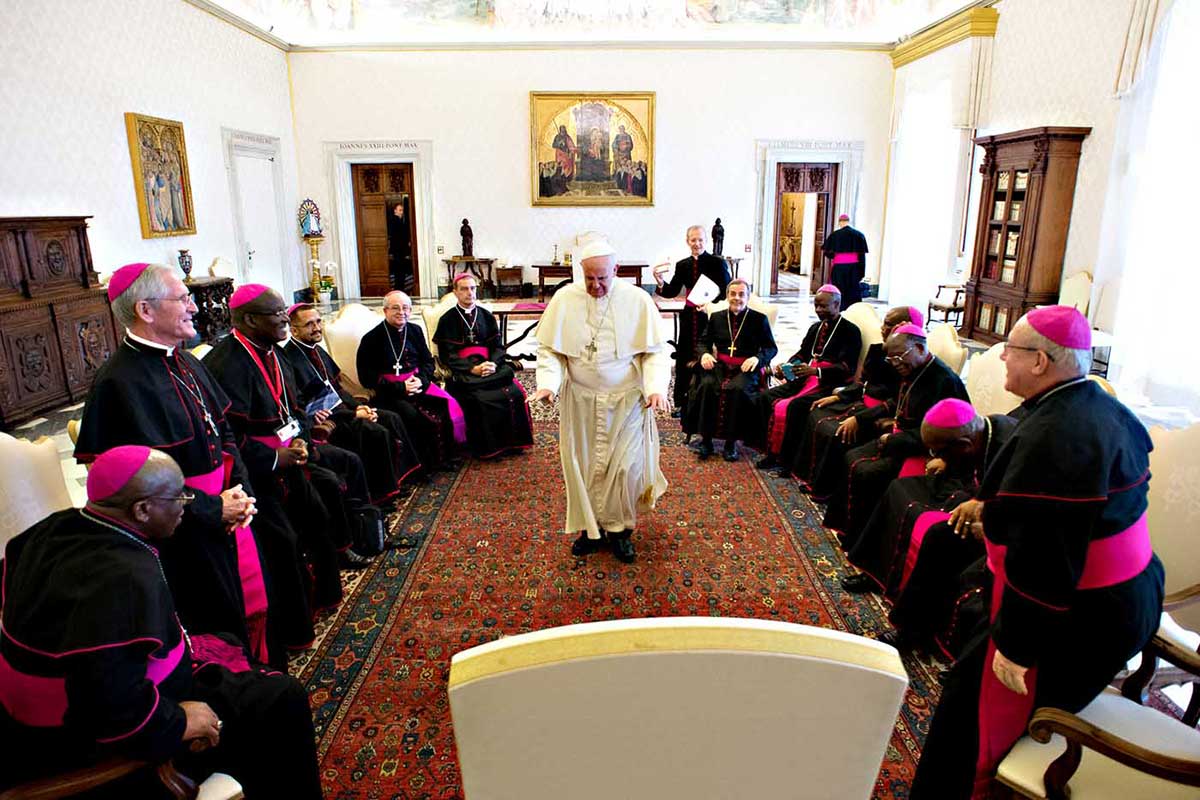 The head of the Catholic Church with some of the heads of Southern Africa’s dioceses.

We have a cardinal, but we also have the Southern African Catholic Bishops’ Conference (SACBC) with a president, currently Bishop Sithembele Sipuka of Mthatha. But who is the actual head of the Catholic Church in South Africa?

The short answer IS:

Nobody. The Catholic Church is headed by the pope, and under him and his dicasteries of the Holy See, ecclesial authority is in the hands of the bishops (or ordinaries) of all the world’s dioceses.  Unless a diocese happens to cover a whole country, as is the case in Eswatini, we cannot speak of a head of a country’s Church. Locally, all authority is in the hands of the particular diocese’s bishop.

Together, the bishops of a certain territory form a conference, and within that union of bishops, decisions can be made for collective implementation — but even then, these are not binding in canon law. The president of the SACBC cannot force the bishop of a diocese to implement these decisions (though he can exert pressure on him to do so).

Likewise, the rank of cardinal gives its holder no extraordinary authority outside the jurisdiction of his own diocese (a metropolitan archbishop has limited and defined powers in his suffragan dioceses)

A cardinal might use the standing of his rank to assert his will, but he has no particular rights of authority over the affairs of other dioceses. His rank gives a cardinal extra honours and privileges of protocol and garments, and he also has the responsibility of taking on roles within the Roman curia and electing popes — but in terms of authority he is equal to all other archbishops.