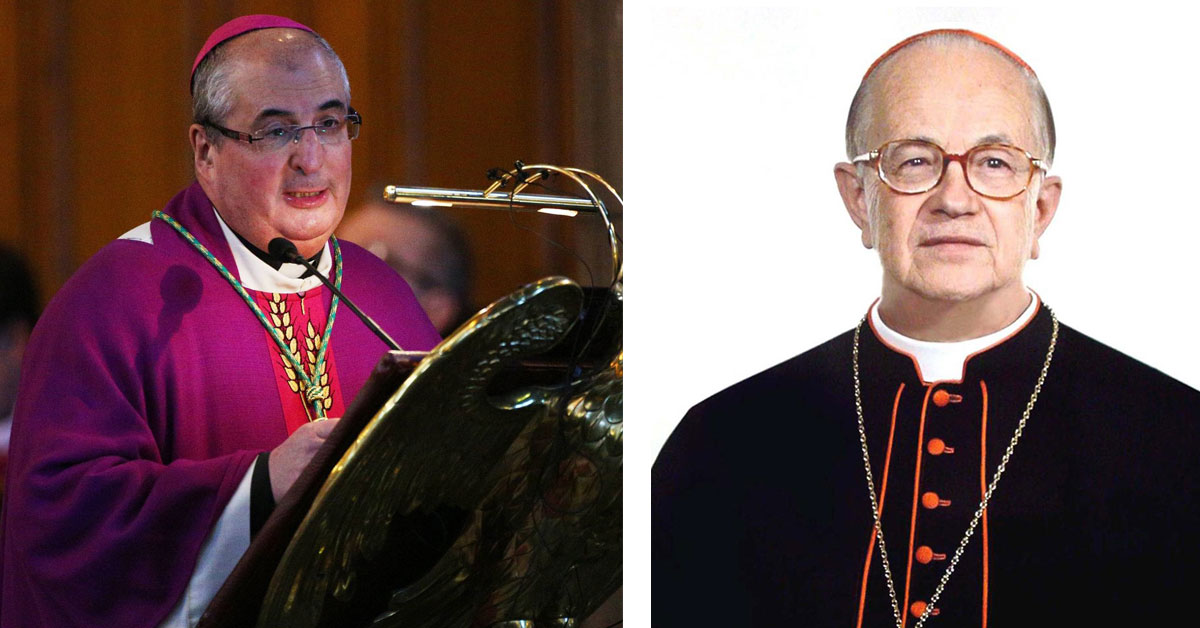 In one day, the Catholic Church on two continents lost two leaders to Covid-19. Both men were outspoken defenders of the church.

Brazilian Cardinal Eusebio Scheid, 88, died in the interior of São Paulo state January 13, after only a few days in the hospital with COVID-19.

Across the Atlantic, in Scotland, Archbishop Philip Tartaglia of Glasgow, 70, died at his home, where he was self-isolating after testing positive for COVID 19 shortly after Christmas.

Cardinal Scheid, born in Santa Catarina state in 1932, was ordained in July 1960 and served in the archdioceses of Florianópolis and Rio de Janeiro before retiring in 2009. St. John Paul II elevated him to cardinal in 2003.

“To remember this brother of ours is to speak of his dedication and concern for the formation of the clergy, as well as his encouragement for evangelisation and the organisation of pastoral care,” read the note issued by the Brazilian bishops’ conference.

Known for his candour, Cardinal Scheid will be remembered for the controversy with then-President Luiz Inácio Lula da Silva during the 2005 conclave that elected Pope Benedict XVI.

After Pope John Paul II’s death, Lula da Silva organised a delegation to fly to the Vatican and expressed his desire that the new pope be Brazilian. At the time, Cardinal Cláudio Hummes was seen as one of the favourites for the papacy.

Cardinal Scheid accused Lula of wanting to exploit the episode politically and said that Lula “was not Catholic, he was chaotic” and that “he (Lula) and the Holy Spirit did not get along well.”

Archbishop Tartaglia, ordained a priest in 1975, had served as leader of Scotland’s largest Catholic community since 2012.

“It is with the greatest sorrow that we announce the death of our archbishop,” read the statement released by the Archdiocese of Glasgow.

“He was a leading opponent of proposals to legalise same-sex marriage in Scotland and also criticised ministers over anti-bigotry legislation,” the statement said.