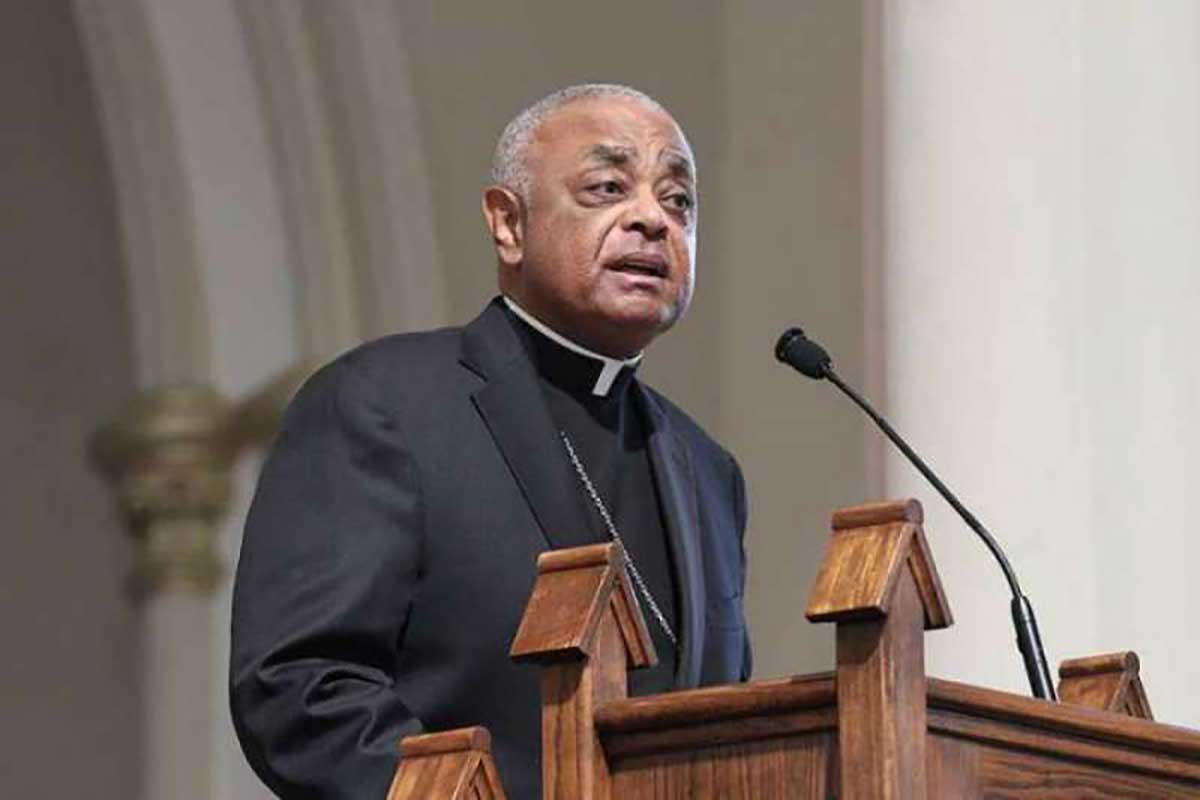 The Archbishop of Washington has condemned the incursion into the U.S. Capitol on Wednesday by pro-Trump protesters.

“Our United States Capitol is sacred ground and a place where people over the past centuries have rightly demonstrated, representing a wide variety of opinions,” stated Cardinal Wilton Gregory of Washington, D.C., on Wednesday evening.

“We should feel violated when the legacy of freedom enshrined in that building is disrespected and desecrated,” he said.

Cardinal Gregory also called for prayer, and for an end to “divisive” and “inflammatory” rhetoric, adding that “those who resort to inflammatory rhetoric must accept some responsibility for inciting the increasing violence in our nation.”

The archdiocese did not respond on Thursday to CNA’s request for clarification on the reference to the Capitol as “sacred ground.”

On Wednesday afternoon, pro-Trump rally attendees breached the U.S. Capitol in protest of the certification of election results.

President Donald Trump had addressed a rally on the National Mall, as members of Congress and Vice President Mike Pence met in a joint session to certify the presidential election results from states. Trump encouraged participants to march to the Capitol in protest of an allegedly-rigged election. He had previously called for members and Pence to object to the certification of the results.

People waving American flags and Trump flags, and wearing pro-Trump apparel, then forced their way into the Capitol, breaking windows to do so. Once inside, footage showed protesters setting off fire extinguishers, vandalising property, and breaking into the Speaker’s office and into the House Gallery. Members and staff, meanwhile, had to leave the House Floor and were on lockdown in their offices.

In an altercation between police and protesters, one woman—a former Air Force veteran—was fatally shot inside the Capitol building. According to Capitol Police, four were dead amid the rally and incursion, and more than 50 D.C. and Capitol police officers were injured. Pence deployed the D.C. National Guard, which eventually helped clear the building before members returned late in the evening to certify the election results.

In addition, pipe bombs and Molotov cocktails were found by police outside the offices of the Republican and Democratic National Committees.

St. Peter’s parish sits on the U.S. House side of Capitol Hill, and ministers to congressional members and staffers who attend daily Mass.

Fr. Gary Studniewski, the pastor at St. Peter’s, told CNA that the church served as a sanctuary to neighbours who were evacuated from their homes due to a suspected bomb threat.

The morning of the incursion into the Capitol, he preached on the Gospel reading of Christ walking on the water.

“We were able to give them [attendees], I think, an uplifting, hope-filled message as they went forth to do their Constitutional duties,” he said of the Wednesday morning Mass.

Fr. Studniewski told CNA he is hopeful after the shocking events of Wednesday.

“I woke up this morning somehow hopeful, because the events yesterday were so horrendous, that they must strike at the heart of every American to say ‘this cannot happen in America, and we cannot let this continue,’” he told CNA.

On Thursday morning, he said, he preached on the Gospel reading of Christ at the synagogue in Nazareth.

“The spirit we saw on Wednesday, that’s not going to change anything, that’s only going to make things worse, right?”