Fired EWTN host: ‘I will never, ever, ever have regrets’ talking about race 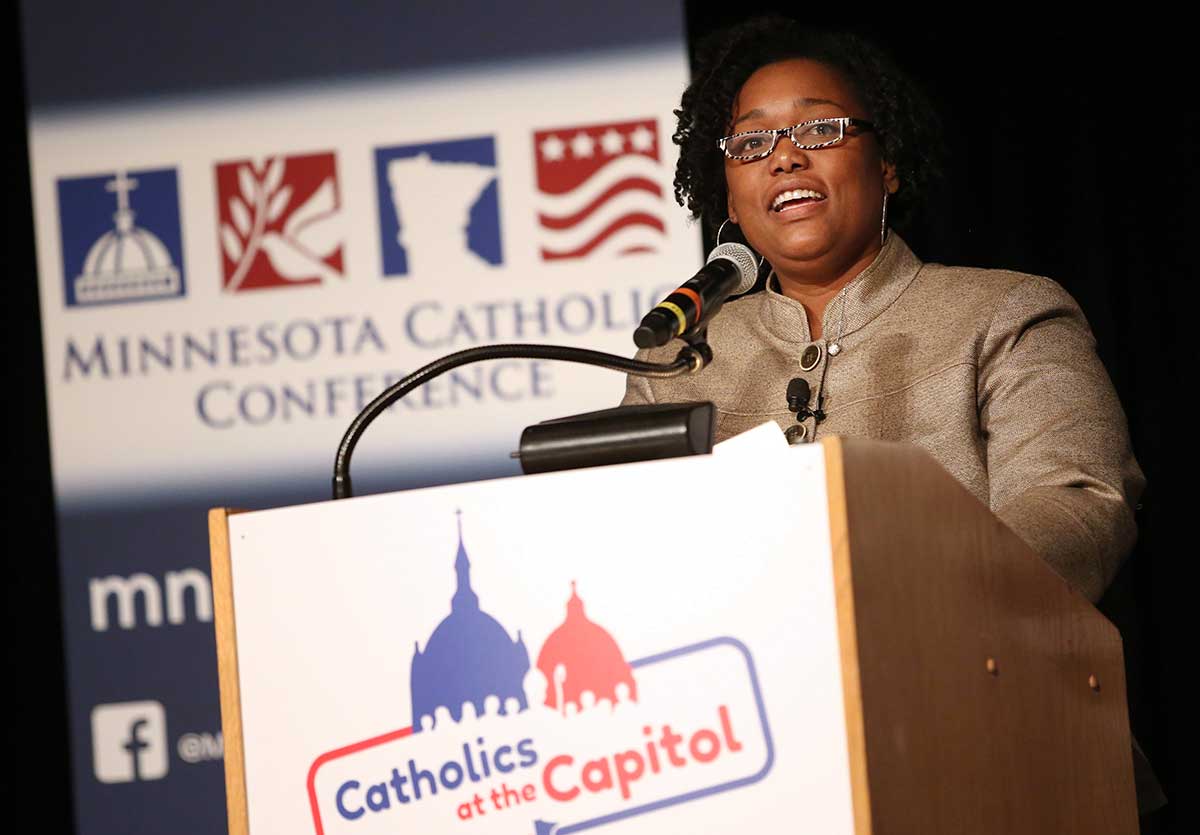 By Mark Pattison – Gloria Purvis, who was told after the Dec. 30 broadcast of the EWTN radio show “Morning Glory” that the show was cancelled effective immediately, said she has no regrets using the show to discuss racial matters following the police killing of George Floyd last May.

“I will never, ever, ever have regrets for shining the light of the Gospel on a situation that was surrounded by darkness,” Purvis told Catholic News Service in a Dec. 31 phone interview.

Purvis, along with her co-host, Deacon Harold Burke-Sivers, are Black.

“If I say that I believe in the Gospel, I just don’t feel I can regret being faithful to him by spreading his truth in something that’s a national conversation that seems to be rooted in the Gospel,” Purvis said, “and they always are made as mere political issues when we as believers should be turning to the dignity of the human person and teach what the church says about racism.”

Purvis said when she was given word of the cancellation by Jack Williams, EWTN Radio’s general manager, she was given no reason — nor, she added, had she ever been given any indication that things were amiss or that the show’s performance was not up to expectations. In fact, according to Purvis, “that was the first time I talked to Jack – or Jack talked to me – in months.”

EWTN had pulled down all material pertaining to “Morning Glory” from its website, but restored it after other contributors — including comedy writer Jeannie Gaffigan – told EWTN to pull their own content as well unless “Morning Glory” content was restored.

The “Morning Glory” cancellation was part of a year-end spate of changes at EWTN.

Webpages featuring Father George Rutler was pulled after the longtime EWTN program host, a priest of the Archdiocese of New York, stepped aside as pastor of his New York City parish following allegations of sexual misdeeds, including sexual assault, by a parish security guard.

EWTN also cancelled another radio show, “Open Line,” hosted by Father Larry Richards. Two top editors at EWTN-owned Catholic News Agency, editor in chief J.D. Flynn and Washington bureau chief Ed Condon, announced their departures – both of which they said were of their own volition — in the last days of December.

Purvis said she had not given much thought to the “circular firing squad” of EWTN fans targeting one of their own. But “when you get slapped in the face or stabbed in the back, it doesn’t feel good,” she added.

“When you follow Jesus, you can expect to carry a cross. Carrying a cross doesn’t always feel good. But I love them. There’s a lot of things we do for people we love that people don’t feel good about. But love transforms things that aren’t likeable into something that can be likeable. Or bearable at the very least.”

In the CNS interview, Purvis elaborated on the role faith has in racial matters.

“What does it mean to have human dignity? What does it look like in policing? What does human dignity look like in trying to repair?” she asked. “These are all the questions where we can turn to our faith in God. It also tends to move the conversation away from mere politics because we as Catholics value the dignity of each and every human person.”

“That means something!” Purvis added. “We all are members of the human family. We all have a certain dignity. When you see such brutalisation of a human person and the murder of a human person … it should bring questions to us. We should be turning to our faith for answers rather than just letting political talk frame the conversation.

“We are willing to diminish the humanity of the person who’s been brutalized. And I’m not just talking about George Floyd. There’s also something broken in Officer (Derek) Chauvin,” one of four Minneapolis policemen charged in Floyd’s death, she said. “We’re only looking at half the pie. Some people didn’t see anything wrong with George Floyd being murdered; they didn’t see anything mistaken about Officer Chauvin’s behaviour.

“As normative as it is to brutalize a human person like that,” she continued. “And it was surprising to me to hear Catholics not even be moved by it: ‘I was moved by it until he was’ — insert x, y, z unfavourable characteristics. That is not who we are as believers.”

When “Morning Glory” got cancelled, ironically, “I had been on a break from social media,” Purvis said. But “My Twitter has blown up, so I just put a very thankful tweet out to everyone.”

She still has speaking and writing commitments made well before the show was cancelled.

“Frankly, I’ve been on a lot of phone calls,” she said, and she also planned to go through her emails to respond to people following the show’s cancellation. Also, instead of the pre-dawn slog of getting a morning-drive radio show together, Purvis said, laughing, she plans to be “enjoying my family.”