In August Archbishop Abel Gabuza wrote a reflection on the coronavirus pandemic. “Let your half-full cup be the source of your strength, because it is not empty, but half-full. We need to keep hope alive, we have no choice. We must be people of hope.”

At 11:35 am on January 17, Covid-19 claimed the life of the coadjutor archbishop of Durban since December 2018, and former bishop of Kimberley. He was 65. 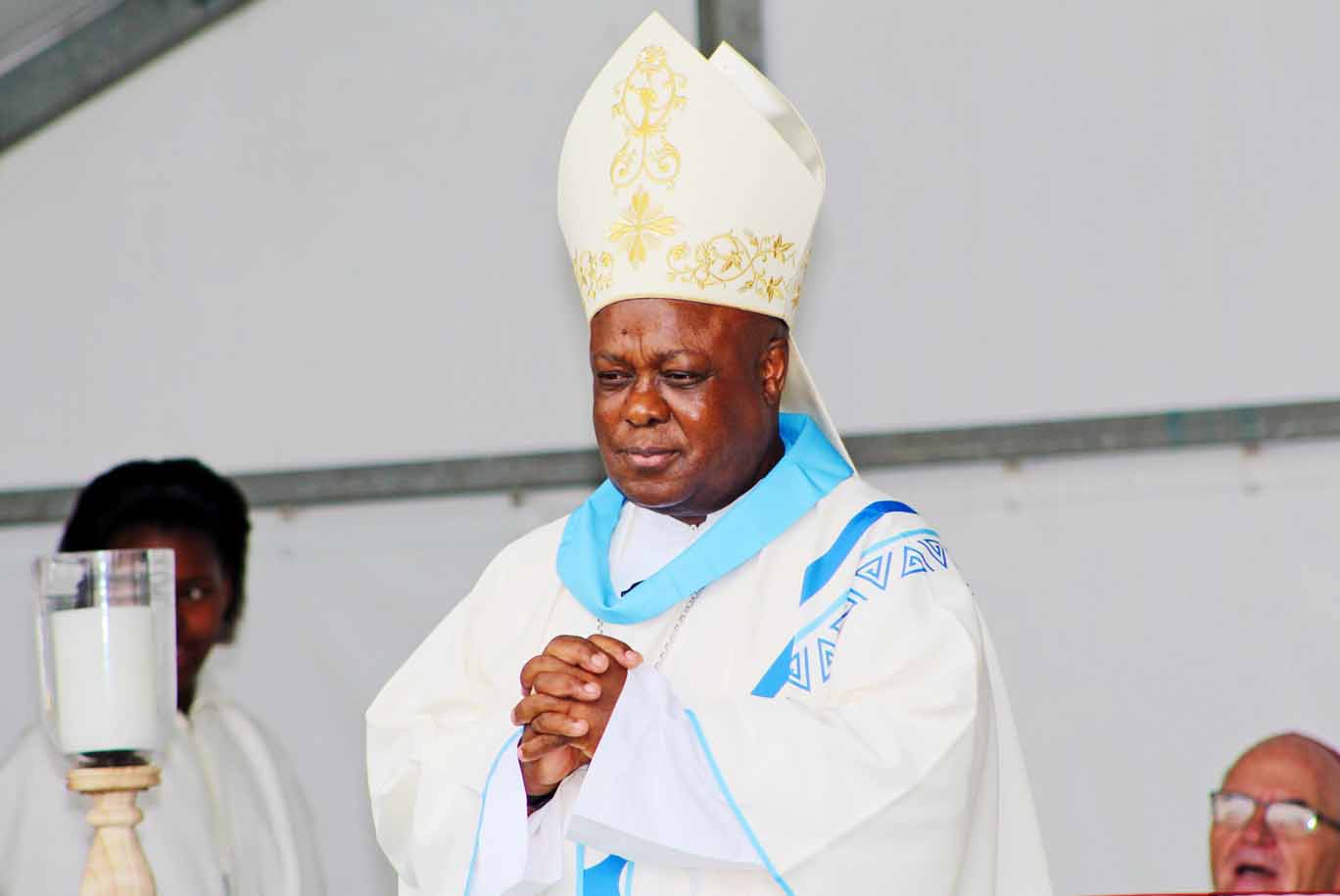 The late Archbishop Abel Gabuza at his reception as coadjutor Archbishop of Durban in February 2019. Archbishop Gabuza died on January 17 from complications due to Covid-19. (Photo: SACBC)

Born one of six children on March 23, 1955, in Alexandra, Johannesburg, Archbishop Gabuza would always highlight the role of is parents in his life. His father died when he was young, but “my mother was an important example to me. I always say to people, if it was possible, my mother would be the one who would be ordained,” he told Radio Veritas in an interview in 2018.

In an interview with The Southern Cross in February 2019, he listed those who had shaped him: “My family, Holy Cross Sisters at Holy Cross Convent School in Alexandra township, teachers at St Paul’s Minor Seminary and so many others I have met in my life.”

He studied at St Paul Minor and St Peter Major Seminaries in Hammanskraal before taking a year out to work in a factory. That experience, he would recall, helped him understand the difficulties and needs of workers. He then completed his studies at St John Vianney Seminary in Pretoria. In 1988 he earned a master’s degree in theology at the Jesuit School of Theology of the University of Berkeley in California.

He was ordained to the priesthood for the archdiocese of Pretoria on December 15, 1984, and served his archdiocese as a parish priest in several communities. He also lectured at three seminaries, and served South Africa’s orientation seminaries in Pretoria and Cape Town as rector from 1991-94.

In the early 2000s, then-Fr Gabuza was one of the leading forces in the African Catholic Priests’ Solidarity Movement.

In the 2010s, Archbishop Gabuza served two terms as chair of the Justice & Peace Commission of the Southern African Catholic Bishops’ Conference, a position in which he made many forthright statements on matters as diverse as corruption and the tragic deaths of pupils in latrines. He was also outspoken on the sexual abuse crisis, warning African Church leaders not to write off the crisis as a “Western problem”. 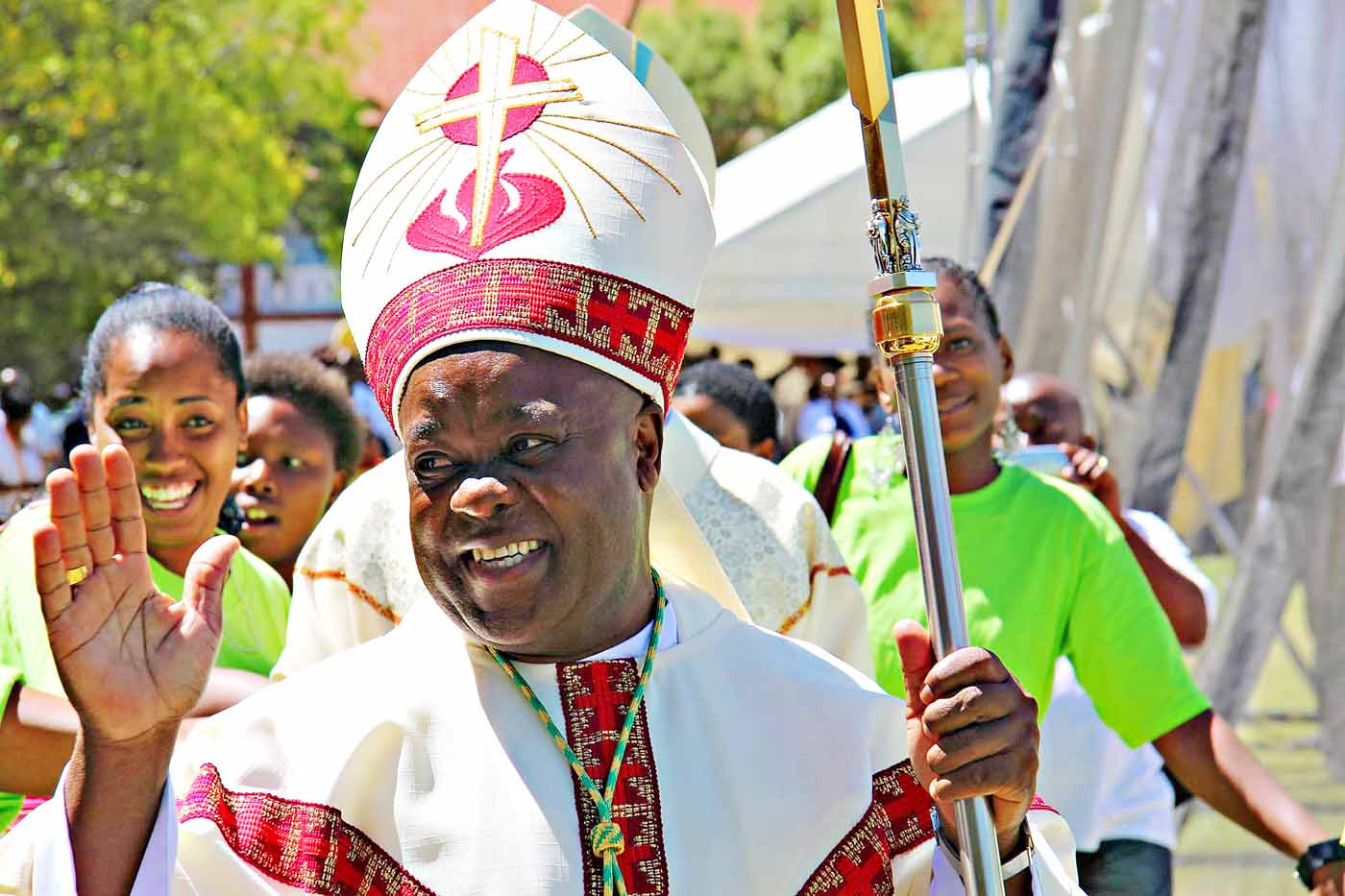 The late Bishop Abel Gabuza greets the faithful at his ordination as bishop of Kimberley in 2011. Archbishop Gabuza died on January 17 from complications due to Covid-19. (Photo: Mathibela Sebothoma)

He became vicar-general of Pretoria in 1999, serving in that position for 11 years. He was appointed bishop of Kimberley on December 23, 2010, and ordained a bishop on March 19, 2011—the first of four successive vicars-general of Pretoria to be made bishops. His successor, Archbishop Dabula Mpako, was appointed bishop of Queenstown in 2011, Bishop Victor Phalana in Klerksdorp in 2014, and Bishop-elect Robert Mphiwe to Rustenburg in 2020.

As coadjutor of Durban for two years, Archbishop Gabuza’s role was described as running the archdiocese alongside Cardinal Wilfrid Napier. He was to succeed the cardinal, who will turn 80 in March this year. At his reception into the archdiocese of Durban in February 2019, Archbishop Gabuza wore the vestments issued to clergy at the closing Mass of the 2019 World Youth Day in Panama City, which had concluded just a couple of weeks earlier. It was a suitable choice of vestment, since the reception service was hosted by a school, St Henry’s Marist College.

Archbishop Gabuza is survived by his sister Hildegard.

In the Covid-19 crisis, Archbishop Gabuza called us to hope. Even as we mourn this archbishop who was taken by the virus much too young, we must return to his words, written just a few months ago in that reflection on the pandemic: “The call for us today in the midst of the Covid-19 pandemic is to continue the journey of staying spiritually healthy. As people of faith we are presented with challenges we cannot ignore. It can be easy to be swallowed by hopelessness and despair. This crisis is a particular prophetic moment in our lives. It calls us to remain strong, steadfast in our faith, love and hope.”