The Story of a Church-Builder 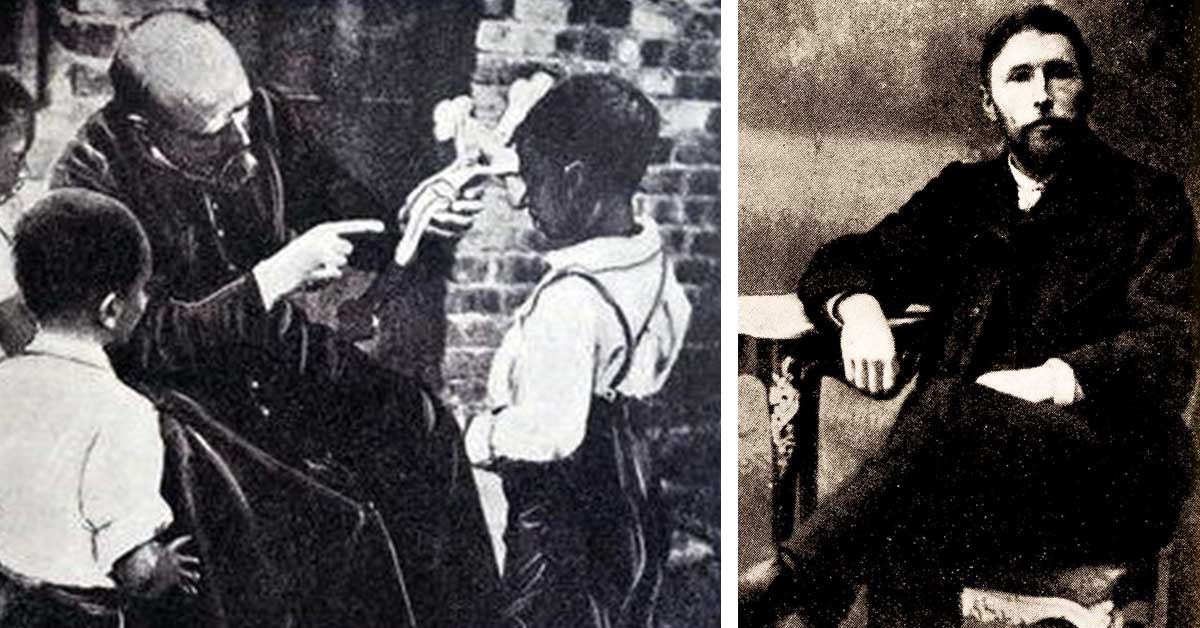 The Catholic Church in South Africa was built by great missionaries. Daluxolo Moloantoa looks at the amazing life of one of them, Fr Camillus De Hovre OMI on the 85th  anniversary of his death

The Missionary Oblates of Mary Immaculate were responsible for much of the evangelisation of many parts of Southern Africa. One of these pioneering missionary Oblates in what today is Gauteng was Belgian-born Fr Camillus De Hovre, who was the driving force behind the rise of several major parishes a century ago.

Camillus De Hovre was born on June 3, 1880 in Antwerp into a staunchly Catholic family that had made great contributions to modern Belgian classical music. His uncle was an influential priest, and in his early twenties the young Camillus decided to answer his calling to become a priest.

He entered the seminary in Brussels in 1904 with the clear intention of becoming a missionary in Africa after his ordination as an Oblate priest. After taking his final vows in 1912, he came to South Africa, arriving in Pretoria as expansion plans were underway, guided by the new bishop of the vicariate of Transvaal, the Oblate Charles Cox.

In 1919 Bishop Cox sent Fr De Hovre to Alexandra township, on the northern edge of Johannesburg, to begin a new mission there. Assisted by three Catholic women, who contributed £400 each, Fr De Hovre bought two plots of land for the purposes of building a church. In February 1920 the parish of St Hubert was officially opened. A second building was built as a convent.

Bishop Cox made a request for the Sisters of the Holy Cross to come from Mariannhill in Natal to occupy the convent, and to begin a primary school. After the establishment of both the church and the two-roomed primary school, Fr De Hovre returned to his residence in Pretoria in the priest’s house at the old St Mary’s cathedral (today the site of Loreto Convent School).

In August 1920, Bishop Cox had a new assignment for his fellow Oblate: to establish a mission in a so-called slum in the north of Pretoria called Bantule Location. Again Holy Cross Sisters were called from Mariannhill, to help him establish a convent and mission at Bantule.

Initially Fr De Hovre cycled daily from the city to Bantule, but he soon took residence in a small room that was constructed as an outbuilding to the new St Teresa’s convent. Now living at St Teresa’s mission, the priest realised that there was an increasing need for a place that could help people suffering from leprosy in the Pretoria area. So he secured funding from contacts in Belgium to build the Westfort Leper Asylum in the Hercules suburb of Pretoria, a stone’s throw from Bantule Location.

On January 6, 1921, Fr De Hovre returned to his home at St Teresa’s mission to find a delegation of seven men sitting around his dwellings. They had come from Mmakau village in the De-Wildt area to request that a Catholic church be raised in their village. The men had walked for three days before they were directed to St Teresa’s mission in their endeavour “to ‘find the True Church’ in Pretoria”, as the priest recorded in his diary. It was the feast of the Epiphany, and Fr De Hovre discerned divine providence at work.

‘We shall not move’

On a mulberry tree at the entrance to that piece of land, he put up a sign that read, “From here we shall never move!” Soon a small rondavel was built for his residence. In May 1921 he enlisted the assistance of local men to build the church, which would be dedicated to the Most Holy Redeemer.

Again Bishop Cox enlisted the assistance of the Sisters of the Holy Cross from Natal, to come and help Fr De Hovre at the new mission. In 1926, the Sisters started the De-Wildt Roman Catholic Primary School. It was the first school in Mmakau, and welcomed Catholic and non-Catholic school children alike.

In 1929, after having spent eight years at the Most Holy Redeemer mission, Fr De Hovre decided that it was time to move on. He returned to St Teresa’s mission at Bantule, and resumed his work with the sick at the Westfort Leper Asylum, as well as serving as chaplain to the mission primary school started there by the Holy Cross Sisters.

By 1929 the African parents of the slum location of Lady Selborne were sending their children to St Teresa’s mission school, a distance of 6km across the Daspoort Bridge. Fr De Hovre felt sorry for the ragged and barefoot children. In winter, they travelled the long distance to school without having had a warm meal. He asked the Holy Cross Sisters to start a school at Lady Selborne. By the end of the year, one of the Sisters and an assistant from Aliwal North were travelling daily to Lady Selborne.

A corrugated hut served as the first school building. There were 43 students on the school roll. By the end of the first term, this number had risen to 220. Fr De Hovre bought two more hectares of land adjoining the property. On it he built four more rooms to add to the school.

At the beginning of 1930 a double-storey convent was built on the land, now called Little Flower mission, and some Holy Cross Sisters from St Teresa’s mission moved into it. The ground floor of the building served as school classrooms, with a chapel, while the top floor served as the Sisters’ quarters.

Around 1931 Fr De Hovre used to cycle the 80km, often in extreme heat, to the tiny village of Marokolong, further north of Pretoria in the Hammanskraal area. In between meeting his other obligations, he would spend a few days at Hammanskraal, often with no sustenance except for a loaf of bread and a bag of peanuts. With the assistance of one of the local men, he erected a simple oblong building to serve as a new mission. He gave it the name of his favourite saint, St Camillus, the patron saint of the sickly.

Soon a primary school was built, and Fr De Hovre’s one and only trip back home to Belgium on leave afforded him the opportunity to raise funds for the further development of the school and mission.

On Sunday, January 12, 1936, Fr De Hovre had a sudden illness. He could not say morning Mass, and he spent the day lying on a mattress under a tree outside the church. He declined an offer to transport him to the local doctor. “No,” he said, ”let me die amongst my people.” After much persuasion Fr De Hovre finally agreed to leave St Camillus mission for medical care.

On the morning of January 17, Bishop David O’Leary — another Oblate, who in 1925 had succeeded Bishop Cox — visited Fr De Hovre at Kensington Sanitorium in Johannesburg. They had a long conversation about plans to set up new missions.

His funeral at St Teresa’s mission in Bantule was attended by thousands of mourners. The scene at his graveside in Bantule Location was indicative of the love and admiration that he had had for people of all races.

The people had lost a father, a friend and a caregiver like none they had known before. Many remained at his graveside for many hours after the burial; such was the sense of loss caused by Fr De Hovre’s death.

Many more years later, in 1983, his two nephews and a niece came to South Africa, and spent time visiting the missions and other places that their uncle had founded.

In 2008, his eldest nephew, Bishop Luc De Hovre, the retired auxiliary of Antwerp, spent a month at the Most Holy Redeemer mission in Mmakau, providing major funding for the refurbishing of the church which his uncle had founded, and also hosting a week-long retreat, with the resident Stigmatine Fathers. He died the following year at 83.

Plans are underway for Fr De Hovre’s family to attend the centenary celebrations of the Most Holy Redeemer mission next year.

This article was printed in the November 2020 issue of The Southern Cross magazine.