Who Were the First Black Bishops? 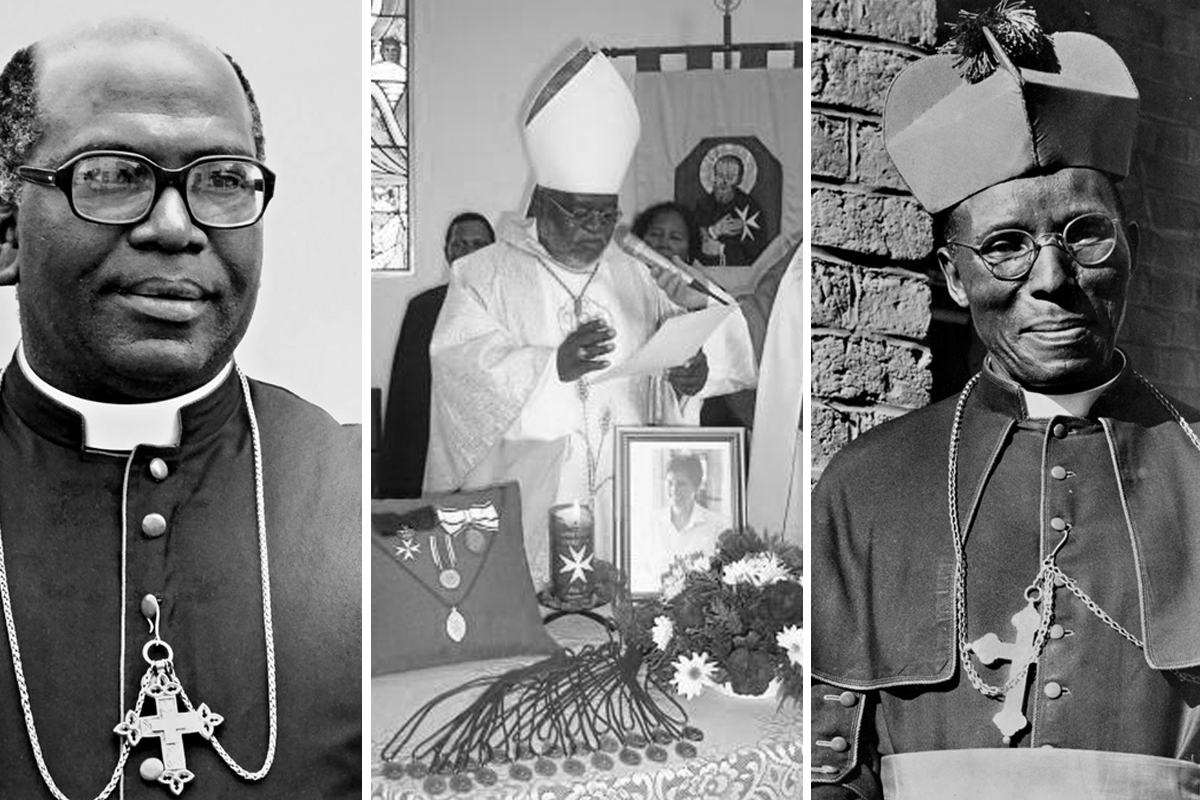 Question: Can you tell me: Who was the first black bishop in the world and in SA?

Answer: The first black bishop goes back to the times of the early Church, when Christianity was active and influential in northern Africa and even as far south as Ethiopia, which was evangelised by the Apostle Matthias and adopted Christianity as its official religion in the early 4th century — long before the evangelisation of much of Europe. So the first black bishop probably is unrecorded.

Pope Victor I, who became the Bishop of Rome in around AD 189, was an African, probably from present-day Libya. He is said to have been a Berber (as was St Augustine), and they were black.

South Africa received its first black bishop on April 26, 1954, some 56 years after the ordination of the country’s first black priest. Bishop Pius Bonaventura Dlamini FFJ first headed the newly-created diocese of Umzimkulu in KwaZulu-Natal. In that position, he attended three sessions of the Second Vatican Council.

In 1967 Bishop Dlamini, a descendant of Chief Namagaga born at Mariathal in 1908 and ordained in 1937, was appointed auxiliary bishop of the bigger diocese of Mariannhill, serving in that position until his death on September 13, 1981.

The diocese of Umzimkulu would remain vacant until the appointment of Bishop Gerard Ndlovu in 1986. For a while it was administrated by Bishop Peter Fanyana Butelezi OMI, who would go on to become South Africa’s first black archbishop.

Born in 1930 and ordained a priest of the Oblates of Mary Immaculate in 1957, Butelezi was appointed auxiliary bishop of Johannesburg in 1972 before he was named bishop of Umtata (now Mthatha) in 1975. Three years later, on April 27, 1978, he was appointed archbishop of Bloemfontein. He died in office at the age of 66 on June 10, 1997.