Catholic Priest Who Died Twice Gives Thanks For Coronavirus Recovery 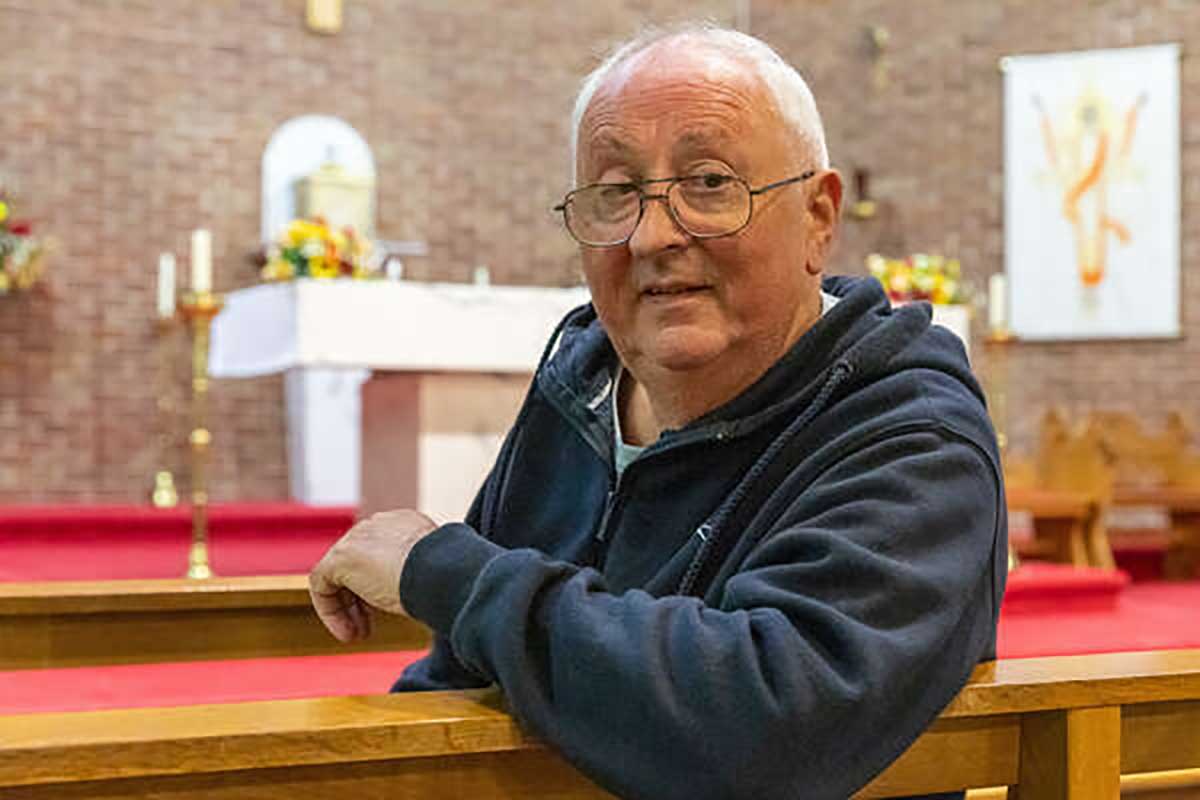 In March 2020, Fr Michael Stack was looking forward to retiring after years of exhausting priestly ministry. He had served for almost a quarter-century as a chaplain in four major hospitals in the archdiocese of Birmingham, England.

He was assigned to a parish in Coventry, in central England. In search of respite, he went to visit his sister in Dereham, in the county of Norfolk. But his stay proved to be anything but relaxing.

He arrived at his sister’s with a persistent cough. The next thing he knew, he was in a hospital bed.

“The nursing staff told me that when I arrived at the Queen Elizabeth Hospital in King’s Lynn, I had apparently died in the ambulance and been resuscitated by the two paramedics,” he told CNA in an interview.

“Apparently I got into critical care there and decided to give up again. I died in critical care, so they resuscitated me.”

Stack, a cheerful and self-deprecating 70-year-old, was speaking days before the U.K. passed 100,000 coronavirus deaths, the highest figure in Europe.

The English Cardinal Vincent Nichols described the bleak milestone as “a day of great sadness all over the land.”

“So many people, families, communities, remembering those who have died in these terrible months of the pandemic. Each one is mourned. Each one is to be prayed for,” he said.

Stack told CNA that he could easily have been among those 100,000 people.

“I think that statistically, I should have just been a number. I would have been one of those that would have had a funeral and that would be it,” he said.

Looking back at the day he almost left this world, he said that he had no recollection of being taken to hospital, let alone of “dying” twice.

He didn’t know either that he had contracted COVID-19. For a while, he didn’t even know where he was.

“If you go into critical care, there’s no clock anywhere. They don’t do clocks because you’re not supposed to know what time it is and the lights are on all the time. If you’re unconscious and you’re in a controlled medical state, you don’t ask questions,” he said.

“I kept saying the Lord’s Prayer. And I kept thinking about my parents. And I kept seeing lots of green lights and blue lights. I didn’t see the Beatific Vision or Peter standing at a gate saying: ‘What the hell do you want? It’s not your time. Go back. Clear off.’ There was nothing like that.”

Five days after he was admitted to critical care, doctors gave Stack a trial drug. The day after, medics were standing at his bedside when they noticed that he raised his left eyelid as they were discussing him.

As he lay stricken in bed, he didn’t know that a pandemic had overrun the country and the population was now confined to home.

“At first I didn’t realise the seriousness of what was going on, mainly because there were no televisions. There was no press. Being so ill, one didn’t want to read anything. I had no stamina. My energy levels were almost nil,” he said.

“And the next thing was, you’ve got these people dressed in white spacesuits, saying: ‘We’re the COVID team.’ I said: ‘What the hell’s that? Is it the Olympics or something?’”

It took some time for hospital staff to establish that Stack was a Catholic priest. But once they did, a Catholic chaplain visited and gave him the Eucharist and the Sacrament of the Sick. He also received consoling visits from a Baptist chaplain.

A turning point came thanks to an unexpected act of kindness.

“I was slumped in a chair in critical care,” he said, noting with a chuckle that the phrase rhymed. “I was kind of like a zombie. One of the doctors came up to me. She sat in front of me and said: ‘Is there anything I can do for you?’”

“I couldn’t speak because I had a tracheostomy in my neck with the oxygen going in. So I just shrugged my shoulders. She said: ‘Would you like a shave, Michael?’ I nodded my head. So she spent about an hour giving me a shave. I had a beard and my hair was terrible.”

“Then she opened the curtain, took the bowl of water away, and met her other colleagues. She said: ‘I get an extra 10 bonus points: I just shaved a Catholic priest.’”

Stack was on a ventilator for 21 days and in critical care for 36 days. When he was moved to a new ward at the end of April, he began the arduous process of starting to walk again.

“Three jolly physio people turned up dressed in their masks and hoods. They said: ‘Hello, Michael, we’re going to get you to walk.’ I said: ‘How?’”

“With the first push and shove, they got me to put my feet on the ground. They lifted me forward and moved me two steps. That was the beginning of the process of learning to walk again.”

Stack was, of course, used to hospitals, but as a chaplain rather than a patient. He estimates that he has ministered to around 5,000 people who have died on wards. As well as serving at some of the U.K.’s busiest hospitals, he was also national chaplain to the Association of Catholic Nurses in England and Wales.

A few years ago, he published a book about the Church’s healing ministry. “Lord, When Did We See You Sick?” tells 12 stories of grace amid illness drawn from Stack’s ministry. In a foreword, Cardinal Nichols described it as “a moving testimony to the healing power of our prayerful companionship with the sick and dying.”

Stack noted that the title is from a passage in St. Matthew’s Gospel where Jesus says that we will be judged according to how we treated “these least brothers of mine.”

“That’s probably how we’ll get into eternal life: you’ll get the calculator out and see how many times you actually helped somebody,” he mused. “Or you’ll say: ‘I didn’t see any of that. I didn’t see anybody sick.’ Because we’re too busy, too busy working or enjoying ourselves here.”

Stack plans to add another six chapters to the book. And yes, one of them will be about his own unexpected recovery.

After eventually testing negative for the coronavirus, he was allowed to leave the hospital. He returned to his sister’s house, where he continued his rehabilitation program. He progressed from a walking frame to two sticks, then to one stick, and finally was able to walk on his own.

By August 2020, he was well enough to accept an invitation to return to the Queen Elizabeth Hospital. He was able to thank the medical staff who saved his life and visit the critical care unit where he went to the brink of death and back again.

“It’s thanks to the prayers that so many people have offered for me.”

At the end of that month, Stack went back to Christ the King parish in Coventry, where he had been assisting before his illness. His health was still delicate, but he wanted to thank parishioners for their unceasing prayers.

In a short address, captured on video, he said: “Thank you for your prayers, all of you, which have made a tremendous change to my state of life. I was close to being called twice and, for some reason, the Lord has decided it’s not time yet.”

He told CNA: “I found that very emotional and very, very exhausting because I wasn’t really up to it. I don’t think I was really fit enough to do that. But I thought I’ve got to get up and do something and thank people.”

Standing at the pulpit and with a growing weariness in his voice, he thanked all those who had sent him cards. He said he was especially touched by a portrait a young Mass-goer drew of him looking sprightly under a smiling sun.

“Thank you very much indeed for your message, for your prayer, and for the prayers of everybody. I’m full of gratitude. Thank you,” he said.

And with that, he stepped away to resounding applause to continue his recovery.

Photograph of Fr. Michael Stack used with the kind permission of Con McHugh.

I Couldn’t Fix Myself: A Bishop’s Journey Through Mental Health Crisis