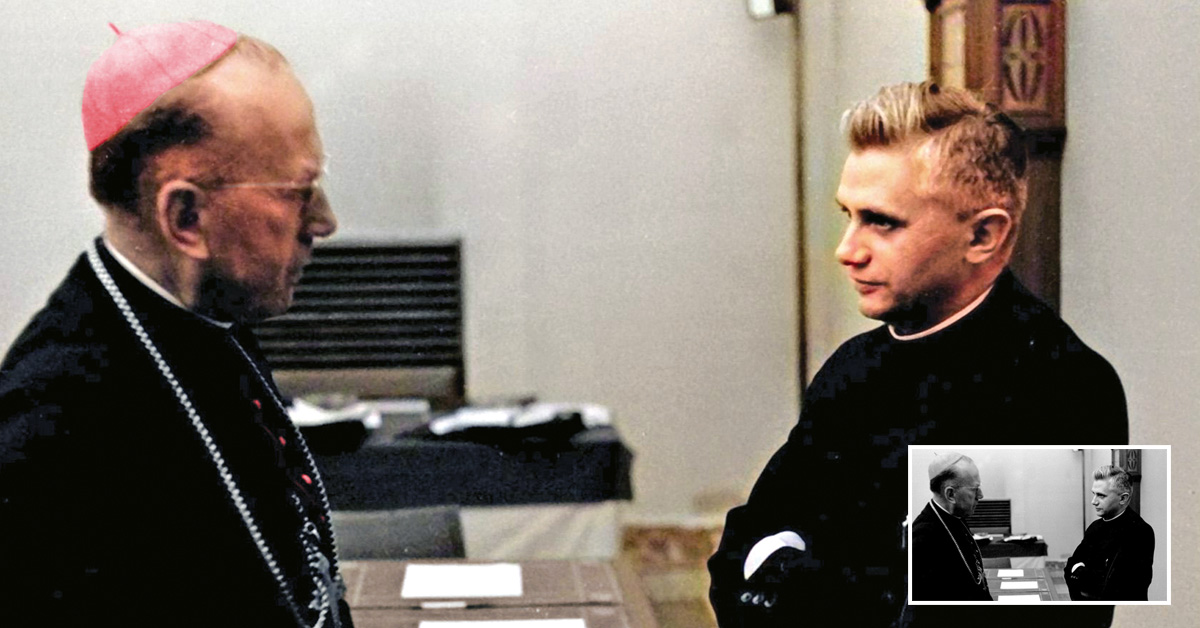 A snapshot from the past, colourised exclusively for The Southern Cross

Today, 28 February, it’s seven years ago that Pope Benedict XVI ended his pontificate, just over two weeks after he unexpectedly announced his renunciation of the papacy in 2013, becoming the first pope to retire on his own initiative since Celestine V in 1294.

Half a century before that, the future Pope Benedict as Fr Joseph Ratzinger (right) served as a peritus, or expert advisor, at the Second Vatican Council.  He is seen here in discussion with Cardinal Franz König of Vienna (left)

As the Vatican’s long-serving head of the doctrinal congregation, Cardinal Ratzinger would be regarded as an arch-conservative — but at Vatican II, young Fr Ratzinger, still in his thirties, was seen as being on the progressive side of things. It is said that Fr Ratzinger became a doctrinal conservative in the late 1960s, especially when he observed protesting theology students in Tübingen, Germany, engaging in attitudes he could not understand or approve of.

History in Colour appears in every issue of the Southern Cross magazine.

Our Call to be Prophetic in Time of Crisis
Share