Where Did the Holy Family Hide in Egyptian Exile? 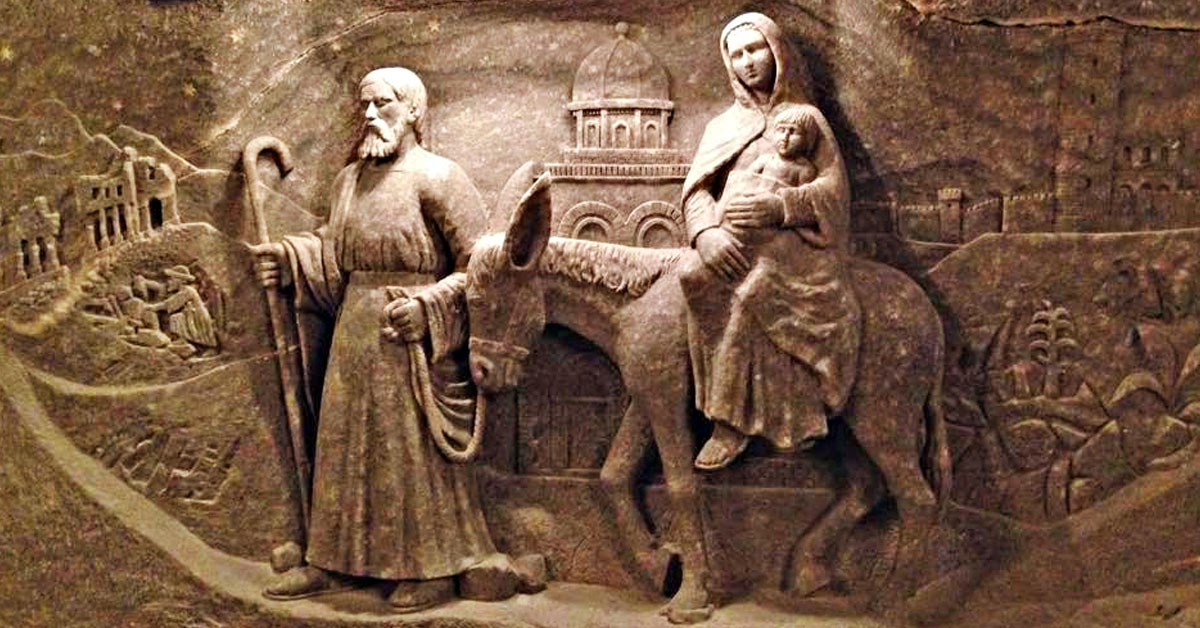 The Flight into Egypt is carved into a wall in Poland’s Wieliczka salt mine. (Photo: Gail Fowler)

Question: Joseph took Mary and baby Jesus to Egypt when King Herod ordered the massacre of the Innocents. But how long did they stay in Egypt, and where did they hide?

Answer: The only Gospel to mention the Flight into Egypt is Matthew’s, and he provides little detail. Some scholars suggest that he told that story as an allegory to the story of Moses, which the Jewish audience he was aiming at would understand as fulfilling the prophecy of Hosea 1:11.

But for all the objections the scholars may care to raise, the Holy Family’s migration to Egypt is plausible. Perhaps they went as refugees, as Matthew says, or for other reasons.

The Christians of Egypt, known as Copts, have a presence in the country going back to the beginning of the Church. They have a strong tradition (embellished by some extraordinary claims) of the itinerary of the Holy Family in Egypt, which the 4th-century Coptic Pope Theophilus claimed Mary dictated to him in a dream.

It would have been an arduous journey — especially with a baby on board — going most likely on the Via Maris trade route, via Gaza through the coastal region of the Sinai desert. They first travelled west into the desert, to Wadi Natroun.

Many of the places where they are believed to have hidden are in Cairo and its outskirts. An important site in the Flight into Egypt is the 4th-century Abu Serga church in Old Cairo, where the Holy Family is said to have stayed after arriving in the city.

The odyssey ended after an unknown length of time at what is now the modern city of Asiut, 400km south of Cairo, where a million Copts gather every August for the “Festival of the Virgin”.

This is where the angel appeared to Joseph with the words: “Get up, take the child and his mother, and go to the land of Israel, for those who were seeking the child’s life are dead” (Mt 2:20).

This question was asked and answered in the January issue of The Southern Cross magazine.