Bishop Kumalo: King Zwelithini Will Be Missed by Eshowe Diocese 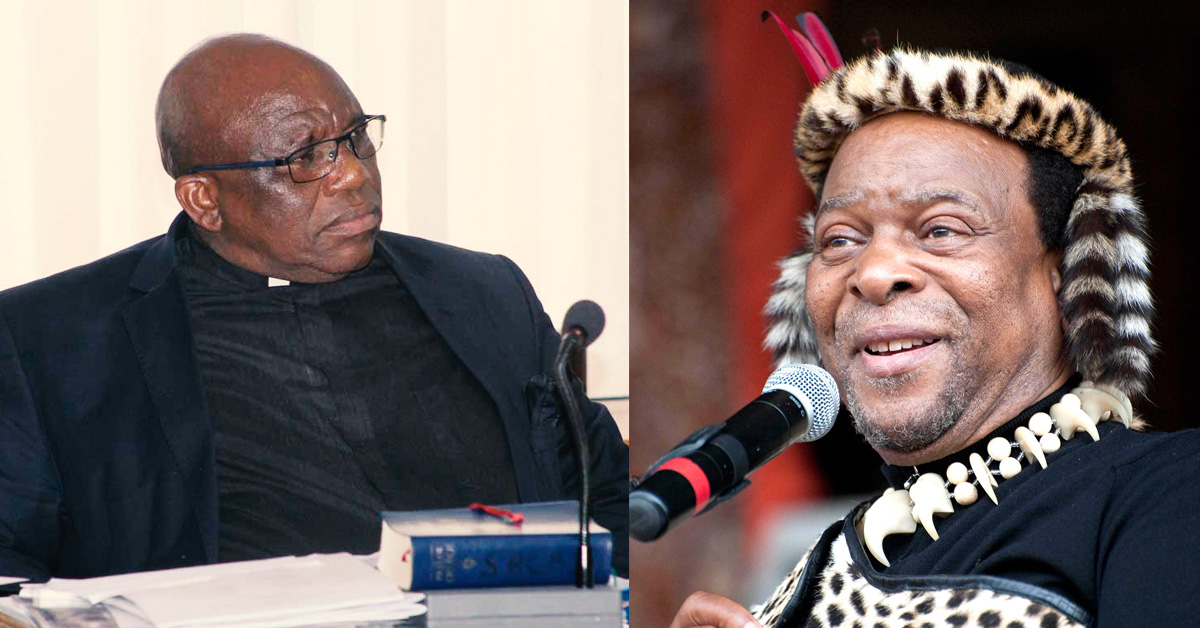 By Sheila Pires – Former Bishop of Eshowe Diocese, Xolelo Thaddeus Kumalo, says felt quite sad when he learned about King Goodwill Zwelithini Kabhekuzulu’s passing, as he had planned to meet with the King prior to his appointment to Witbank Diocese.

In an interview with Sheila Pires former Catholic Bishop of Eshowe Diocese Xolelo Thaddeus Kumalo, King Zwelithini was a man who respected the Catholic Church. Both King Zwelithini and his Prime MinisterMangosuthu Buthelezi also attended the Episcopal Ordination of Bishop Kumalo in 2008.

According to Bishop Kumalo, King Zwelithini was a very warm and humble man, who respected the Catholic Church. The late Zulu King was an exemplary man who encouraged people, especially the youth to be self-reliant through agriculture and other development programs.

Bishop Kumalo said he prays that King Zwelithin’s successor will be a humble man who will be very close to his people and one who will respect Christians.

Following his father’s passing in 1968, King Zwelithini – as he was often called – was appointed to the throne when he was 20-year-old and still a student at the time. His crowning came at a time when there was infighting in the royal house and he had to be summoned to abandon schooling in order to fill the vacancy within the throne.

During his reign, the longest-serving monarch of the Zulu kingdom with a reign spanning over five decades revived several Zulu cultural practices – mainly aimed at promoting moral regeneration and addressing social issues such as gender-based violence and the spread of HIV and Aids.

According to Prince Mangosuthu Buthelezi the late monarch will be laid to rest in a private ceremony – as this was the late King’s wish.