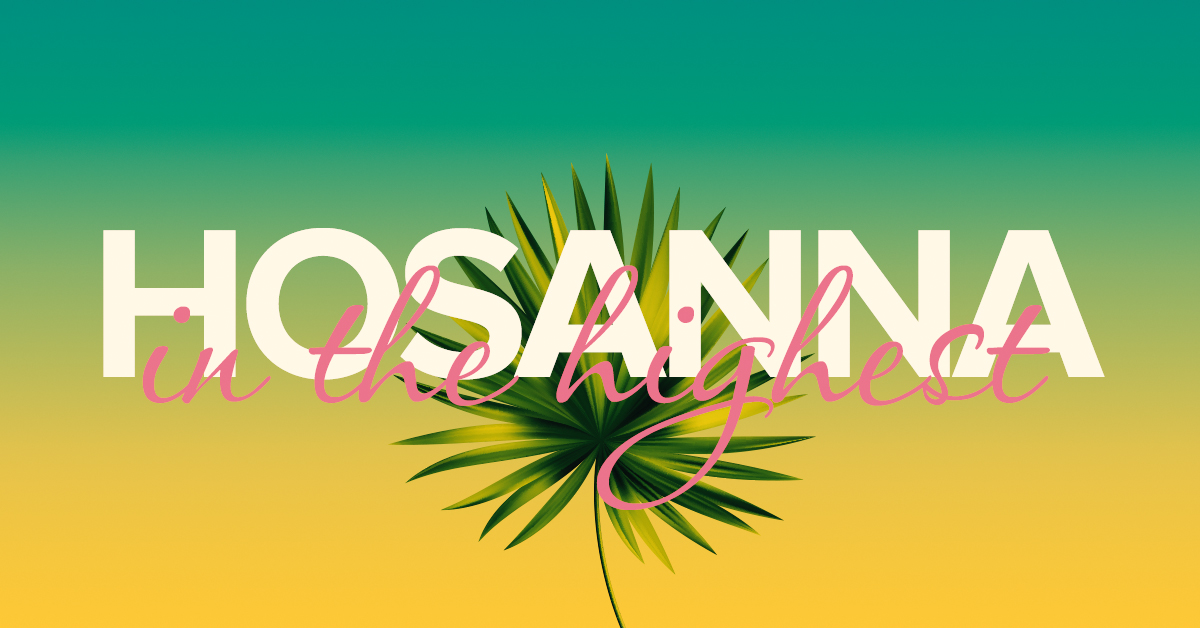 Sermon by by Emmanuel Suntheni OSB

Palm Sunday Calling: as Christians, we need to triumphantly enter into Jerusalem. Worthy noticing is that, Jerusalem simply means, a city of peace. Palm Sunday calling is to enter the city of peace and this peace is climaxed on Easter Sunday.

A Preamble reflection on the Passion of the Lord: The passion narrative, as recounted by Mark, provokes religious ideas and sentiments founded on human principles. How on earth could God allow His only begotten Son to be subjected to such inhuman treatment? Could legions of angels from heaven not have descended to rescue Him from the hands of evildoers? Where did all the power of Christ go in the face of His passion?

As we struggle to find answers to these questions, St Paul comes to our aid with a theology of suffering that serves as a light in the dark. Referring to Christ, St Paul writes: “He emptied himself…he humbled himself and became obedient to the point of death – even death on a cross” (Cf. Phil 2:7-8). Inherent in this statement are three important virtues traceable and worth emulating in the person of Christ: Self-emptying, Humility and Obedience.

On Palm Sunday, we commemorate Jesus’ triumphant entry into Jerusalem and the liturgy of the word of today emphasizes that Jesus willingly accepted His mission to suffer and die, with full awareness of the salvific meaning.

Palm Sunday’s Scriptural readings invite us to reflect on the image of the “suffering servant”, with which the Scripture Jesus and His passion affirming to us that suffering and death do not have to be a meaningless tragedy if faced with faith and for the right reason. This is a call for us Christians during the celebration of the holy week: to die with Christ and rise with Christ.

The first reading of the Palm Sunday contains the third of the four songs of the “suffering servant” presented by the prophet Isaiah (Isaiah 42:1-9; 49:1-7; 50:4-11; 52:13 – 53:12). Each of these songs focuses on a distinct aspect of the servant’s experience and its significance. The third song lays great emphasis on his mission as a teacher of the nations. Like all teachers, the servant has first himself been taught, and his teacher was God himself. In the course, the Suffering Servant met a lot of adversities and opposition which brought him much suffering and humiliation.

Today, as Christian we are humiliated and we are suffering in the name of Jesus Christ. We meet a lot of oppositions in our life. We need to remain steadfast and firm as the suffering servant. We need an unwavering commitment.

In spite of such humiliation, the servant held on to God with confidence and trust, awaiting his vindication: “the Lord God helps me; therefore, I have not been disgraced; therefore I have set my face like flint, and I know that I shall not be put to shame”. The resolute confidence empowered the servant to endure all afflictions. The suffering servant completed his mission, and this is a call to us as Christian not to give up after being humiliated but to finish the race with firm faith. And this is well reflected in Jesus Christ in the Passion of the Lord.

Quite interesting to note is the second reading of Palm Sunday which makes the connection between the suffering servant and Jesus explicit in the famous hymn included by the apostle Paul in his letter to the Philippians ( Philippians 2:6–11). The hymn affirms both the divinity and humanity of Jesus, but its focus rests on his humility and obedience expressed in the famous phrases: “he emptied himself, taking the form of a slave, being born in human likeness” and then “he humbled himself and became obedient to the point of death – even death on a cross.”

St Paul emphasises here Jesus’ willingness to become a servant rather than to cling to his exalted status as God. His identity as a servant was then expressed by an act of supreme self-sacrifice for the sake of the salvation of humankind. Jesus the suffering servant redeemed the world and also became its supreme and glorious ruler. As Christians, do our identities or titles or offices make us humble?

St Paul’s purpose in highlighting the humility and obedience of Jesus was to instruct the Philippians to abandon any form of the selfish and self-aggrandizing behaviour that divided their community. Through this hymn, St Paul sought to inspire his converts to become other-centred like Jesus, rather than self-centred. And there was no better example of humility and service than that of Jesus Christ himself!

By becoming a servant, Jesus brought God’s salvation to the world. Paul urged his Christians, to embrace this self-sacrificing lifestyle, as a way of building a community of God’s servants, capable of revealing the good news of salvation to the world. By becoming servants they too, like Jesus, were offered a chance of playing an important part in God’s salvific plan.

The passion narrative of Mark (Mark 15:1–39) describes the last days and hours in the life of Jesus. It also serves as the climax of the Gospel. In this account we find the portrayal of a variety of characters with diverse attitudes. However, they all have one thing in common – they all stand against Jesus, either by abandoning or acting against him. Thus, the disciples desert their master and flee in panic as Jesus is betrayed and arrested. The Jewish leaders, determined to have Jesus killed, bring fabricated charges against him and call false witnesses.

Peter disowns his master. Pilate yields to the pressure of the crowd and fails to deliver justice to an innocent man. The crowd allows itself to be manipulated by the religious leaders and demands Jesus’ death. The soldiers stage a mock royal investiture scene, torturing and humiliating the real King. Simon of Cyrene becomes a reluctant helper, forced to help a convicted criminal. At the cross Jesus is all alone, surrounded by the scoffers and enemies who mock him, with only a few devoted women disciples watching from a distance! Jesus’ passion story is of the lonely and horrible end of a man whose life was utterly devoted to serving and saving others in all possible ways.

Besides torments, Jesus remained firm in His convictions and resolve, determined to bring His mission to completion. Ironically, the only person who accurately recognised that Jesus succeeded in this was his executioner, the Roman centurion. This pagan soldier, seeing Jesus’ death, exclaimed, “Truly, this man was God’s Son!” This confession was not caused by some miraculous signs surrounding Jesus’ death, but rather by the manner of His death. The centurion recognised and acknowledged that Jesus’ death was the supreme and final expression of his placing himself entirely in the self-giving service of others. Mark shows that Jesus’ death on the cross was the concluding proof of Jesus’ identity as God’s suffering servant and God’s Son. As Christians, are we ready to suffer with and for Christ? The holy week is here to help us die and rise with Christ.

Listening to the Word of God “It is Consummated-Suffering Servant”

It takes a person with a very sound inner spiritual life to follow the “Suffering Servant.” Jesus does not promise us a smooth ride when we sit in his car; however, with Jesus, we are sure of arriving at our destination. This means that, as Christians, we need to suffer and die and then rise in Christ. It is not easy!

Isaiah’s faithful servant suffers at the hands of his oppressors for the sake of his God-given mission of teaching and guiding a straying nation. St Paul affirms that Jesus self-emptying through self-sacrifice served the greater purpose of building a harmonious community, where God’s grace can operate without hindrance. And the Gospel according to Mark gives us the climactic events of Jesus’ earthly life and it reveals that suffering and death can be purposeful and redemptive. Every Christian who endures suffering is called to discover meaning and purpose in it, and thus become a suffering servant himself or herself.

A worthy lesson to be drawn from Jesus triumphant entry into Jerusalem is the aspect of the donkey! Most of us are like the donkey. When Jesus was triumphantly entering Jerusalem, the donkey thought people were dancing, singing praise of Hosanna! Hosanna! For him. And actually, people were singing for Jesus Christ the second person in the Trinity.

The donkey as it was stepping on the palms, it thought it was about people praising and dancing for it.  The same with our life today. We often think the good things we are doing and performing is because we are the best people or worthy to be praised and thanked and the best people in the world, No! The lesson drawn today is to realise that our successes is from God and it is God who makes us to be who we are.

This points to mutual humility. As St Benedict quotes the Psalmist, he says, do not be boastful because of your achievement but give glory to God: Psalm 115:1 “Not to us, LORD, not to us but to your name be the glory, because of your love and faithfulness”. Let us triumphantly enter Jerusalem with the spirit of humility, Self-emptying, and love with obedience.

Action: During this holy week, I (we) must enter into Jerusalem with Self-Emptying, Humility and Love with Obedience.  With all my (our) heart must accept sin and ask for forgiveness and die with Christ on Good Friday and rise with Christ on Easter Sunday. May the God Lord guide me (us) to carry the Cross.

Prayer: O Loving God, give us strength to die with Christ and rise with Him on Easter, may we die with our sins and we rise a new people, Jesus Christ, you teach us by your example never to fear the cross that saves, but to embrace it in love, humility, self-emptying, obedience to the will of the Father, we ask this through Jesus Christ our Lord, who lives and reigns with You in the Unity of the Holy Spirit, one God forever and ever, Amen.