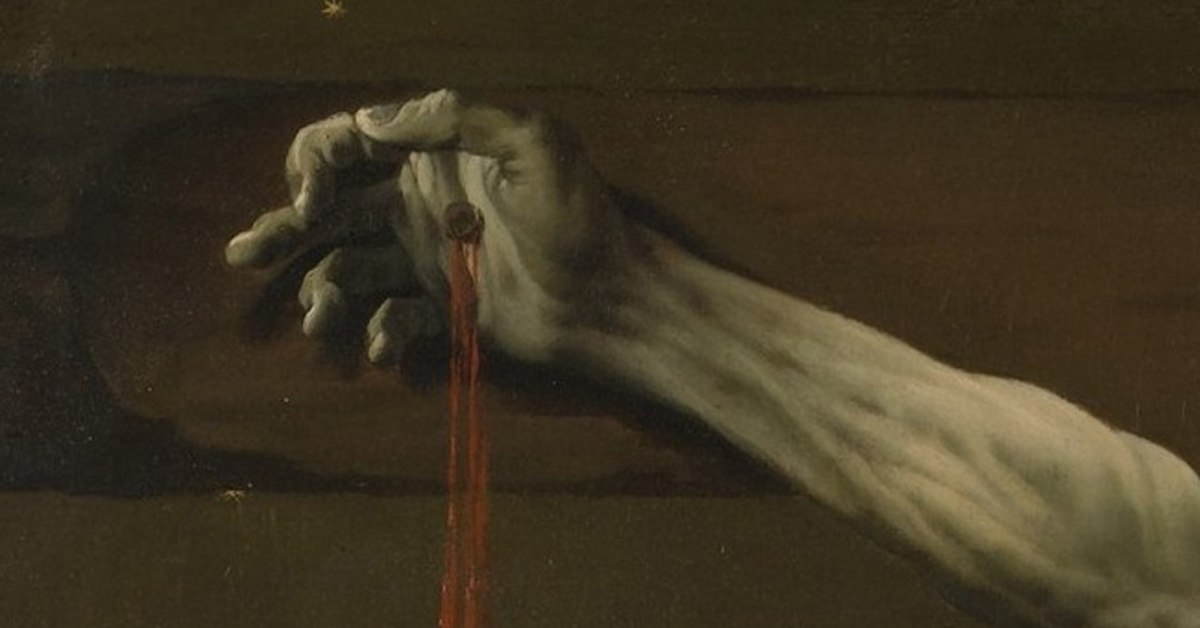 The Romans’ sins, the Jews’ sins, our sins nailed our Lord Jesus to the cross. The cost of sin is death. Our sins killed the Son of God. Our sins crucified our loving Lord.    And our sins continue to cause him to suffer.

God is not the grand watchmaker, who created the world and now sits back and watches from afar as humanity suffers. No, by his incarnation, life, passion and death he has proven that he is with us – especially in our suffering.

And it is most important that we be with Christ in his suffering.

The late deeply insightful theologian Fr. Hans Urs von Balthasar said, “It is the Cross that the Christian is challenged to follow his Master: no path of redemption can make a detour around it.”

From the personal sins of pride, arrogance, selfishness, greed, indifference, envy, lust, anger, unkindness and violence, save us O Lord. Make us instead men and women whose lives reflect your humility, compassion, selflessness, generosity, justice, kindness, purity, gentleness and nonviolence – in short, your love.

From our indifference to the structures of sin so evident in our society and world, like the abortion industry which profits from the brutal dismembering and murder of unborn babies, save us O Lord.

From an insufficient government response to the suffering of our poor and hungry brothers and sisters in this country, and throughout the world, save us O Lord.

From the many corporations that reap huge profits from the use of sweatshop labour, that refuse to pay a living wage, that produces unsafe products, that pollute and dangerously warm our earth, save us O Lord.

From the military-industrial complex which produces the guns used in many murders committed on our city streets, which manufactures the light arms, tanks, helicopters, fighter jets, warships, bombs, missiles and drones that fuel the world’s wars and kill far more innocent civilians than combatants, save us O Lord.

From the research facilities and factories that produce nuclear weapons of mass destruction, save us O Lord.

From a government that is more committed to astronomical military budgets and tax cuts for the wealthy than it is to adequately fund needed programs for the poor and the middle class to fixing the nation’s infrastructure, to helping family farmers, to trading fairly with poor nations, to ending global poverty, to legalising our hard-working undocumented population, and to committing full funding for clean, renewable energy sources, save us O Lord.

On March 27, 2020, with the deadly coronavirus increasingly raging throughout the world, Pope Francis presided at an evening Lenten prayer service and extraordinary blessing “Urbi et Orbi (to the city and the world) – before an empty St. Peter’s Square. This strikingly, out of the ordinary, deeply prayerful event, highlighted in a mystical way a heavenly call to humanity to pay serious attention to what is most important in life.

Pope Francis declared that during this pandemic crisis we are being called to make a choice between “what matters and what passes away, a time to separate what is necessary from what is not.”

He added, “It’s a time to get our lives back on track with regard to you, Lord, and to others.”