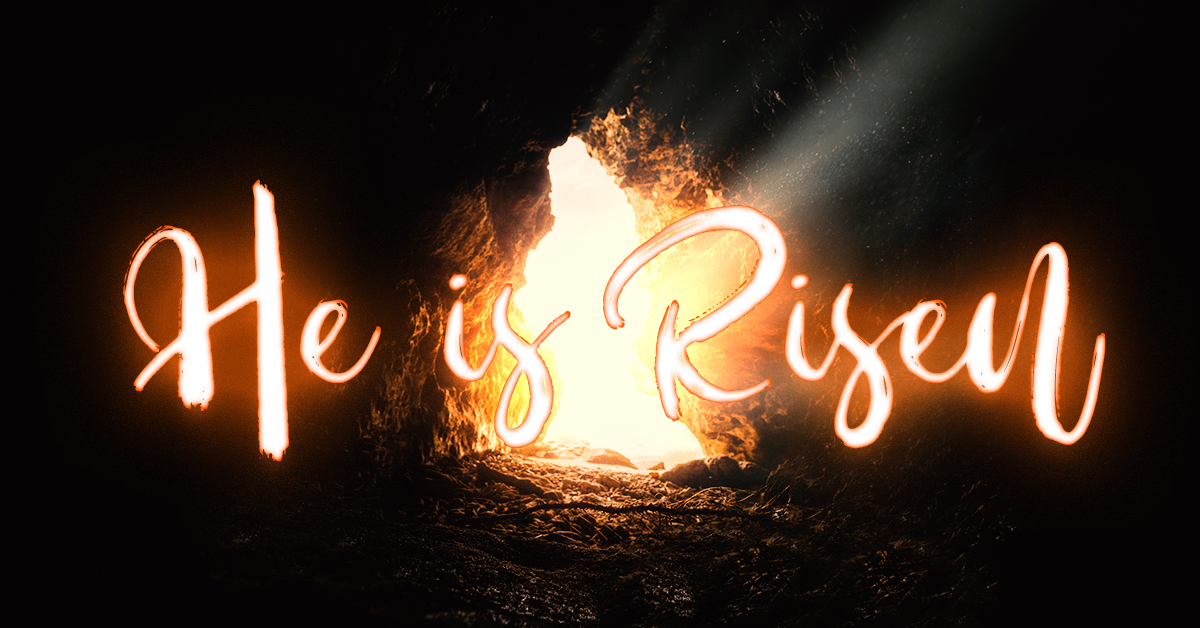 Easter Sunday – 2021 (John 20:1-11)
Now early on the first day of the Sabbath-week, while it is still dark, Mary the Magdalene comes to the tomb and sees that the stone has been removed from the tomb. So she runs away and comes to Simon Peter and to the other disciple, him who Jesus loved, and says to them, “They took the Lord out of the tomb and we do not know where they put him.” So Peter and the other disciple went forth and came to the tomb. And the two of them were running together; and the other disciple ran ahead more quickly than Peter and came to the tomb first, And bending down he sees the winding sheets lying there, but he did not enter. And so Peter comes following after him and entered the tomb; and he sees the winding sheets lying there, And the kerchief that had been on his head not lying together with the sheets, but apart, folded up in a place of its own. So the other disciple, the one having come first to the tomb, also entered, and he saw and had faith; For as yet they did not know the scripture: that it is necessary for him to rise again from the dead. So the disciples went away home again. But Mary stood outside by the tomb weeping.

This day we come across an empty tomb in which a neatly folded kerchief tells the story of Jesus’ return, Jesus coming back. Seeing this neatly folded cloth put to one side, the unnamed disciple is gifted with faith, faith in the resurrection of Jesus the Messiah. These disciples had known Jesus intimately for three years, known Jesus as a teacher, as a healer, and as a miracle worker.

Yet now we witness the most extraordinary behaviour, these two men, these two disciples ‘went home again’. They leave Mary the Magdalene, weeping alone at the tomb. This is a stark reflection of the desertion of the men from the crucifixion scene and from the death of the one whom they had called ‘Lord and master’.

Mary the Magdalene stands alone at the empty tomb, weeping. She is to become the first witness to both the death and to the resurrection of Jesus, the apostle to the apostles. She stood at the cross and witnessed Jesus’ last agonising breath. She tended to his lifeless body. Now, on this Easter Sunday, she stands deserted and alone at the empty tomb. Bereft of the one she had loved much, she stands weeping at the tomb.

Her love is stronger than death, stronger than fear, and proves today that love is even stronger than faith. Without love, all else is emptiness. It is this great love of a woman that waits at the empty tomb where she becomes the first witness of the resurrection from the dead.

Love bears all things, believes all things, hopes all things, endures all things. It is slow to expose the evils and faults in others. It is eager to believe the best, and it is always hopeful and optimistic concerning the future. Love is greater than faith and hope. Love is the greatest power in all the world.