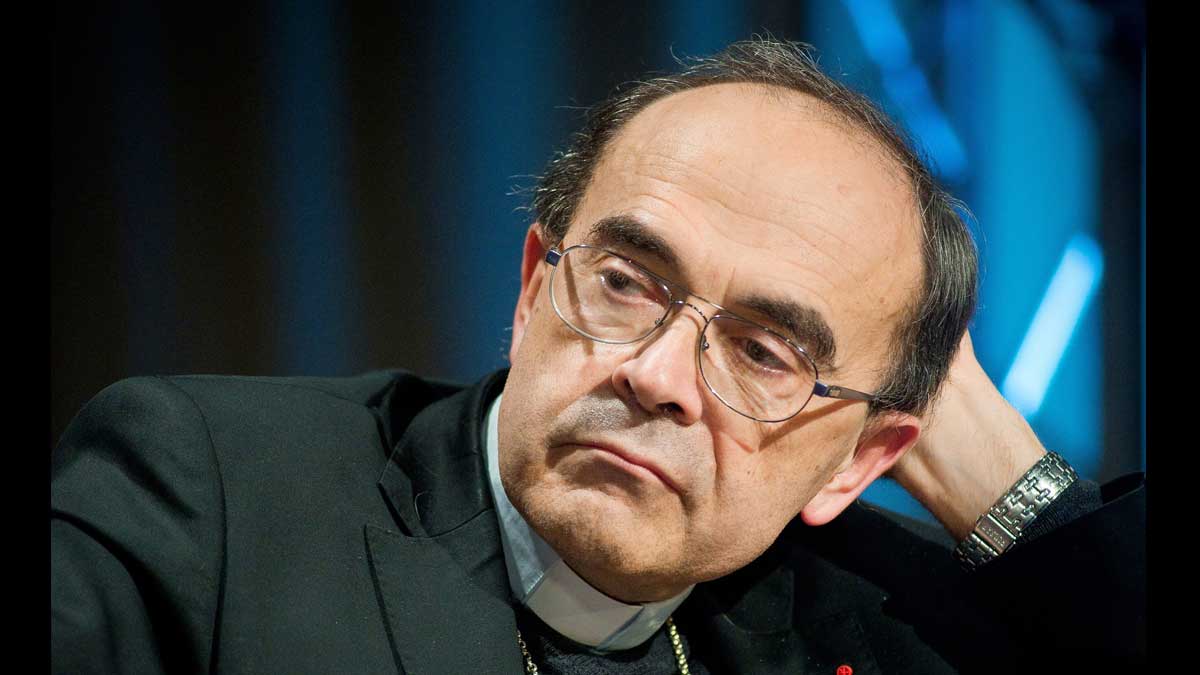 French Cardinal Philippe Barbarin, who resigned from the Archdiocese of Lyon in 2020, is pictured in an Oct. 6, 2015, photo. (CNS photo/Kasia Strek, CIRIC via KNA)

A French cardinal has been definitively cleared of charges of failing to report sexual abuse by clergy and has been indemnified from further lawsuits.

The Court of Cassation – one of four courts of last resort in France, with jurisdiction over all civil and criminal matters – ruled April 14. Eight victims of a former priest had appealed after Cardinal Philippe Barbarin was acquitted for failing to report the abuse.

“A person having knowledge of hardships, mistreatments or sexual assaults inflicted on a minor aged 15, or on a person unable to protect himself by reason of age, illness, infirmity, physical or mental deficiency, or pregnancy commits a crime if they do not inform the judicial or administrative authorities,” the Court of Cassation ruled.

“In this case, the bishop was not bound to denounce the aggressions, because the victims, aged 34-36, were integrated into family, social and professional life, without illness or deficiency, and so were in a position to lodge their own complaint.”

It said France’s statute of limitations involved “complex rules” and did not absolve citizens of the duty to report crimes against minors, even if dating back decades, but added that the duty only applied if victims were unable to report past offences themselves.

The cardinal, who headed France’s Lyon Archdiocese from 2002 to 2020, received a six-month suspended jail sentence in March 2019 for failing to report accusations against a local priest, Father Bernard Preynat, who was jailed in March 2020 for multiple assaults on boys between 1971 and 1991. Preynat has been defrocked.

Although the sentence was overturned, Pope Francis accepted the cardinal’s resignation as archbishop of Lyon in March 2020. The cardinal currently serves as chaplain to a Little Sisters of the Poor convent in the French region of Brittany and teaches at the Rennes diocesan seminary.

Reacting to the Cassation Court ruling, Cardinal Barbarin told France’s Le Figaro daily he was “breathing and feeling rather better” after four years of legal proceedings, but said he had continued “praying for the victims, whose suffering is not surmounted because it is insurmountable.”

However, a former victim, Alexandre Dussot-Hezez, told Agence France-Presse that the ruling was a “step back.”

“It says adult victims can no longer find help from other people — they must fend for themselves,” Dussot-Hezez added.

“But not everyone has an opportunity to speak out or seek justice. Sometimes there are traumas that prevent you taking this step, even if you’re of age. There are also family and religious pressures – not everyone has the strength to accuse a priest.”

An independent commission – set up in November 2018 by French church leaders, with 33 experts and staffers – is to submit a report on clerical abuse this autumn.

In a March 2 radio interview, its chairman, Jean-Marc Sauvé, said more than 8,000 victim testimonies had been received after a public appeal, adding that “at least 10,000” abuse cases were now believed to have occurred in the French church since 1950; this was more than three times the previous estimate.