Sainthood Cause for South Africans, Domitilla and Danny Hyams Proceeds 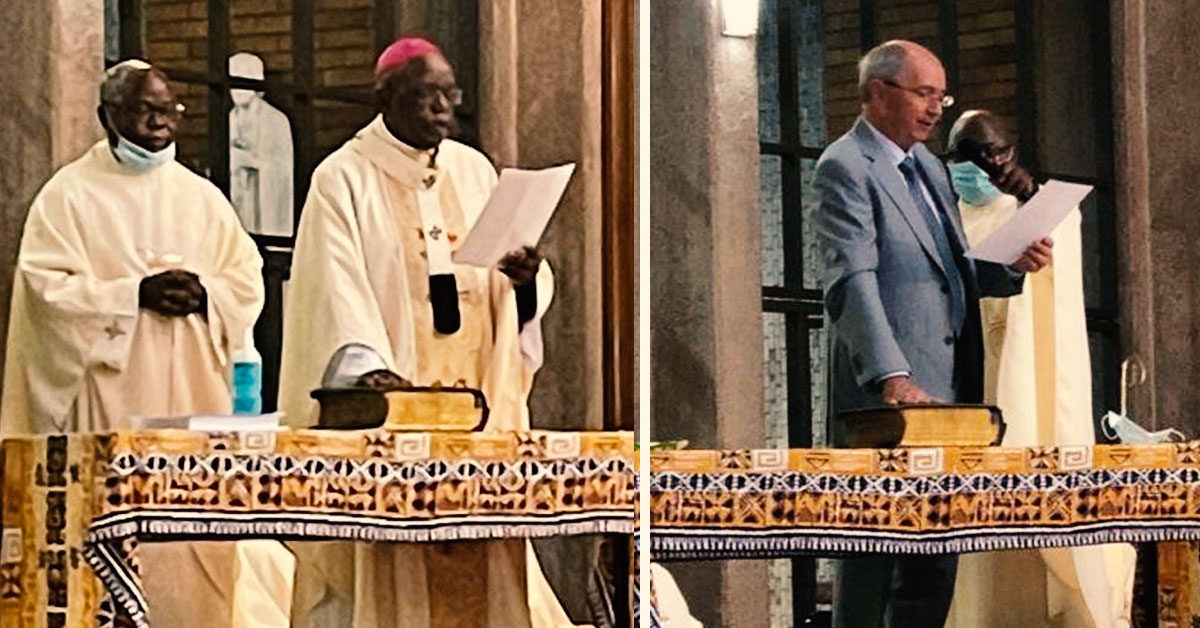 The opening session of the Cause – Oath-taking to learn the truth concerning the matter being considered, by Archbishop Buti Tlhagale OMI and Postulator of the Cause for the Hymans’ sainthood, Mr Luigi Slaviero.

A small group of congregants and family members of the late Founders of Little Eden Society attended the Opening Session for the Inquiry for the Cause for Sainthood of the Servants of God, Domitilla and Danny Hyams at Christ the King Cathedral in Johannesburg on 10 April 2021.

Holy Mass and the opening session of the Cause were presided over by His Grace, Archbishop Buti Tlhagale OMI. This stage follows the preliminary phase which served to determine if there was enough evidence to pursue the Cause for Beatification and Canonisation.

This is done to fulfil the Canonical requirement, meaning it is a step required by the Law which governs the process of the Causes. The process of the Inquiry of both Servants will include formal interviews with numerous different witnesses which will allow the Archbishop to make a formal submission to the Congregation for the Causes of Saints for their consideration.

Once the Diocesan phase is completed, it will be followed by the Roman phase. This means the process continues in Rome with Beatification and Canonisation coming later if evidence gathered passes the test.

Please visit the Cause website at https://hyamscause.org.za/ for updates on this special process or contact Fr Phuti Makgabo for any queries or further information about the Cause.