Where Should the Tabernacle Be Kept? 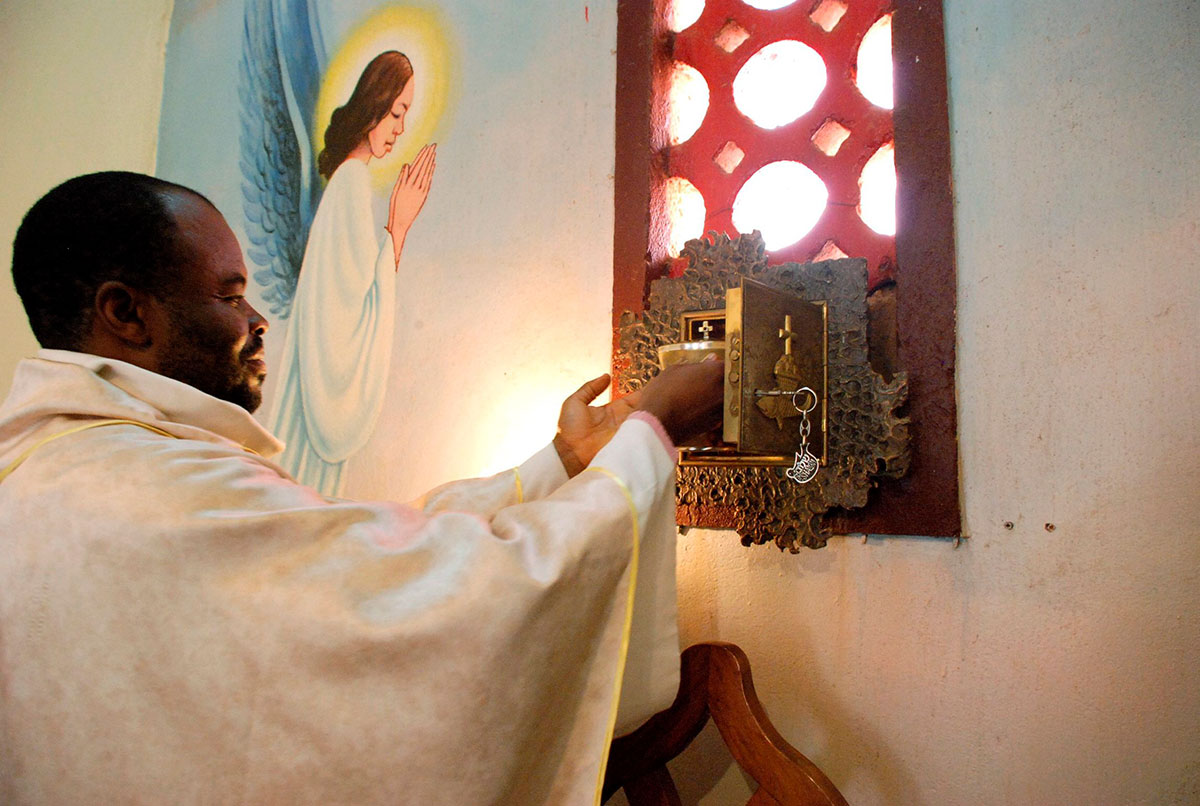 Answer: A fellow priest once told me that the pope receives dozens of letters every year from pious Americans, begging him to place a tabernacle on the papal altar at St Peter’s basilica.

The fact that their request is not granted — and that the tabernacle remains in a special chapel devoted to private prayer — tells us much about Catholic liturgy and ecclesiology.

Unlike the ancient pagan cults and some modern non-Christian religions, Christians do not claim to house God in a temple or shrine. Even though Jesus Christ is mysteriously present in the consecrated bread and wine, he is not restricted to the tabernacle. He is present everywhere, especially in us who are the Body of Christ in the world.

We build churches primarily as gathering places in which we can offer liturgical worship, not as temples to the Blessed Sacrament. It is the altar that is the central focus, not the tabernacle.

In the early Church, there were no tabernacles. When the Christian community was still very small, and there was greater trust among its members, people took the consecrated bread home with them after the celebration of the Eucharist so that the sick could receive Holy Communion.

Later, tabernacles began to appear in the worship space, in a wall niche or on a free-standing tower, or even suspended from the roof. Its purpose was firstly to reserve Holy Communion for the sick, and secondly as a focus for devotional prayer outside of the time given to liturgical prayer.

Later still, in the Baroque period (around 1600 to 1750), tabernacles became more ornate and more central, and yet people of that time received Holy Communion very infrequently. They became passive observers gathering in the presence of the Blessed Sacrament, rather than active members of “a chosen race, a royal priesthood, a holy nation, a people set apart”.

Since Vatican II we have seen a conscious rediscovering of our most ancient traditions. In many ways, our liturgy now is closer to that of 450 AD than that of 1950. In reclaiming Patristic practices, not only will we will find common ground with the Eastern Catholics and Orthodox, but we should rediscover how Christ makes us a holy people “worthy to stand in his presence and serve him”.