Why Christians Believe in Resurrection, Not Reincarnation 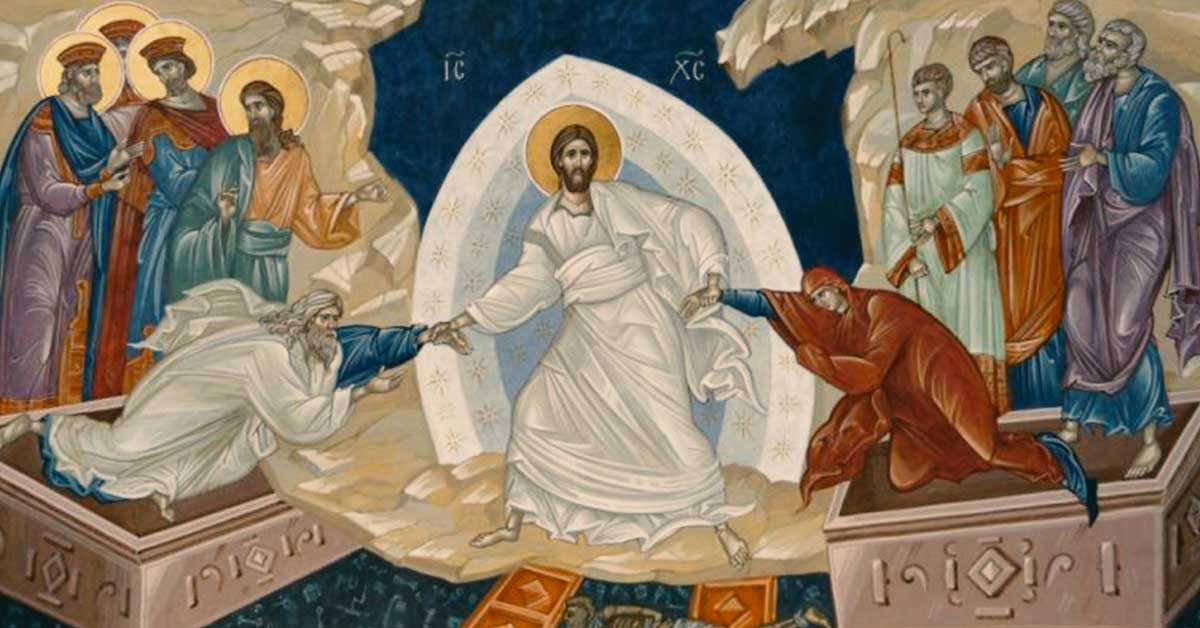 Every time Christians recite the Apostles’ Creed, they affirm their belief in what will happen to them after death: “’I believe in the resurrection of the body and life everlasting.”

But according to a 2018 Pew survey, 29% of Christians in the U.S. hold the New Age belief of reincarnation – the belief that when one’s body dies, one’s soul lives on in a new and different body, unrelated to the first.

However, according to Catholic teaching, belief in anything other than the resurrection of the body is completely incompatible with a Christian theology and anthropology of the human person.

Where did the belief in resurrection come from?

Even before Christ, the belief that the body would rise at the end of time was becoming a more common, though not universally held, belief among certain groups of Jews, such as the Pharisees.

The Sadducees, for example, “were dubious about the authority to be given to the Prophets and other writings…(which included) scepticism about spiritual realities like the soul or even angels,” said Joel Barstad, who serves as Academic Dean and associate professor of theology at Saint John Vianney Theological Seminary in Denver, Colorado.

“From New Testament evidence it would seem they were particularly hostile to the idea of a future resurrection of the dead,” he told CNA.

“The Pharisees on the other hand believed in angels and spiritual souls and the general resurrection of the dead,” he said.

As they became more convinced of the “radical faithfulness of God,” he noted, belief in bodily resurrection took root, paving the way for the acceptance of the resurrection of Christ.

“The resurrection of Jesus from the dead confirmed that belief, but it also gave it a deep and solid foundation,” he said.

What does belief in resurrection mean for Christians?

The Christian confidence in bodily resurrection comes from Christ himself, and the New Testament promise that salvation comes through follow Christ in everything, including his death and resurrection, Michael Root, a professor of Systematic Theology at The Catholic University of America, told CNA.

“Salvation is unity with Christ, Christ brings the kingdom of God, and that kingdom is realised in the resurrection,” Root said.

There is a great deal of “fuzziness of thinking” regarding death that many Christians hold besides reincarnation, Barstad added, such as believing that after death one goes to heaven and stays there forever, rather than joining with their resurrected body at the end of time.

“The vague notion that something called a soul or a spirit or a shade lingers after death in some kind of place or condition where it can be more or less happy is not Christian,” Barstad said.

“A human soul without a body is a tragedy. Think about what a body is to the soul. It is the instrument, the nexus, the node, the vessel through which, by which, in which a soul establishes and sustains contact with reality,” he added.

“A soul stripped completely of its body is literally nobody. Who cares whether such a nobody lives forever! A Christian is someone who wants to be this somebody…now and after death and unto the ages of ages. But for that to be possible, I’ll need my body resurrected along with the bodies of everyone and everything I have a relationship with,” he said.

“I have to die completely and be dissolved back into the dust from which I came; and then I have to be put back together again in a new kind of life,” he said. “The trouble is I would cease to exist at the midpoint of this process. Someone else has to hold me in being as I pass over from death to new life. Only because Christ loves me am I held in being, not just my soul, the nobody, but the somebody I am because I have this body.”

Why Christians should reject reincarnation

The two main reasons that a Christian should reject reincarnation is that it is opposed to the way of salvation offered by Christ, and because it goes against the nature of the human person, Root said.

“It contradicts the picture of salvation that we have in the New Testament, where our participation in Christ’s resurrection is what salvation is all about,” Root said, “and it gives us quite a different picture of what it is to be a human being – a disembodied self that isn’t related to any particular time.”

The belief in the resurrection is bound up with a Christian view of the human person, Root said, which is that a person will only ever have one particular body, and what happens in that particular body matters.

The transformation of the body can be seen in the resurrected Christ who, once resurrected, was able to walk through walls, appear or disappear suddenly, and seemingly control who was able to recognise him, though he maintained his body, Root noted.

The Christian view of the human person also means that what happens with each person’s body matters. In the document “Jesus Christ: The Bearer of the Water of Life” by the Pontifical Councils for Culture and for Interreligious Dialogue, the Vatican said that belief in reincarnation is incompatible with Christianity because it denies the freedom and responsibility of persons who act through their bodies.

Reincarnation is “irreconcilable with the Christian belief that a human person is a distinct being, who lives one life, for which he or she is fully responsible: this understanding of the person puts into question both responsibility and freedom,” the document states. A Christian occupies a body, which is able to be judged for its sins, but is also able to participate in Christ’s redemptive work through its suffering, the Vatican noted.

“In bringing about the redemption through suffering, Christ has also raised human suffering to the level of the redemption. Thus each man in his suffering can also become a sharer in the redemptive suffering of Christ,” the document states.

“I am not aware of any robust doctrine of reincarnation, whether that of Western Platonists or Eastern Buddhists, that regards reincarnation of a soul as a good thing; maybe certain Hindus or a Stoic could see it as a benign cosmic necessity, like the physical laws governing the conservation of energy,” he said.

“But certainly the deepest aspiration of Platonists and Buddhists is to dissolve the nexus of temporal, bodily relationships once and for all; that is, to dissolve the relationship to body so completely that no further embodiment is possible for that soul. The goal is for the soul to become completely and permanently nobody.”

The hope of the resurrection

Christian hope lies in the belief that Christ has conquered death, and Christians will be able to be known and loved fully as themselves in eternal life, which will include their resurrected bodies, Barstad said.

“(A) Christian wants to continue to exist as himself. He knows that he is loved by his Creator and Redeemer who wants him to exist always. Consequently, he can have the courage to love himself enough to want that self, this somebody, to exist forever,” Barstad said.

While Christians may experience wrongs and sufferings in this life, they can have the hope of knowing that “they have been loved by Christ who through his own divine-human dying and rising can take them apart, to the very dust, and refashion them, making something beautiful out of the tangled mess,” he added.

Christians also have the hope that not only will they be resurrected individually, but that they will rejoin their loves ones, “living in a renewed and refashioned heaven and earth,” Barstad said.

“This is why we evangelise, this is why we repent and make amends for our wrongs and forgive those who wrong us, this is why we pray for the dead, and this is why the saints who already enjoy the (beatific) vision of God nonetheless still pray for us. They are still invested in this world and await with us the final revelation of Christ that will bring about the resurrection of everybody.”