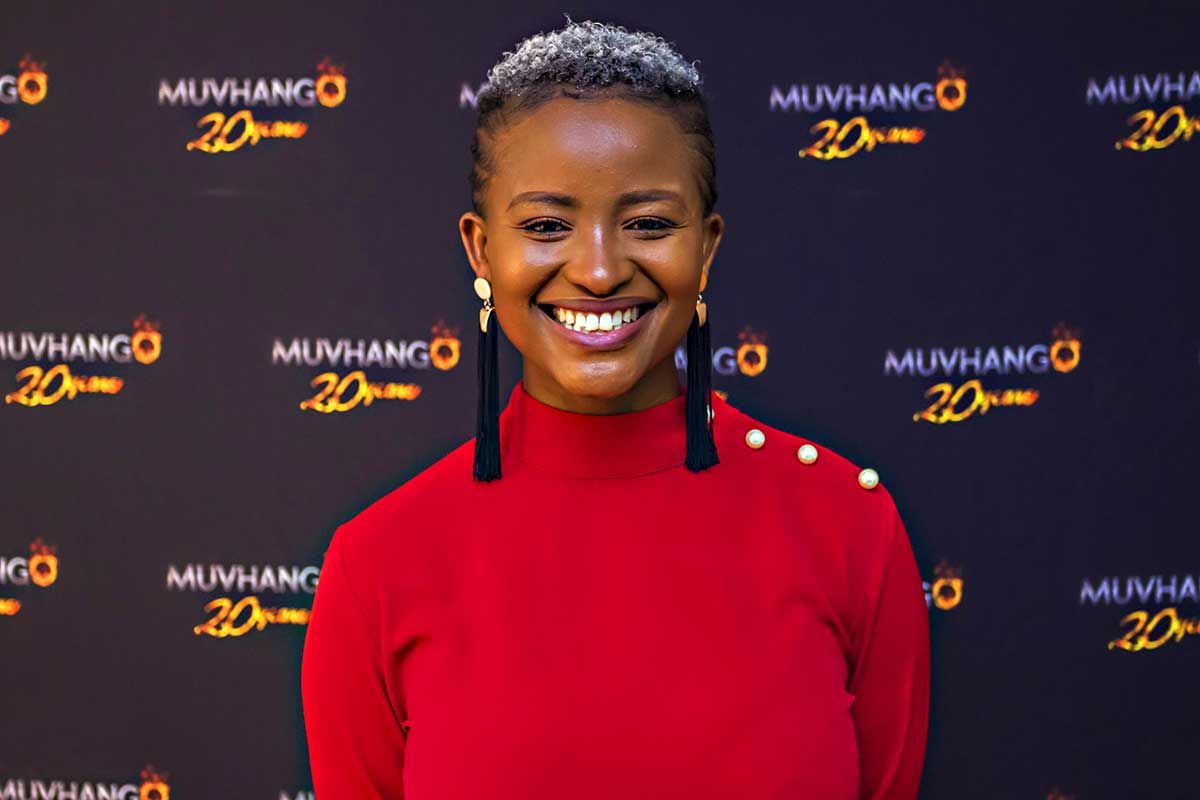 On TV, she plays a sassy receptionist nicknamed Bubbles, but in her private life Bontle Rampa is a devout Catholic. Daluxolo Moloantoa interviewed her.

God first. This is the piece of advice that Catholic TV actress Bontle Rampa gives to her fellow young Catholics in the acting industry.

Bontle is the latest addition to the popular SABC 2 prime-time drama soapie Muvhango. Raised in Hebron, a small town 27km north of Pretoria, she made her on-screen debut in March. She plays the role of the receptionist Mmagauta “Bubbles” Mosibudi in the award-winning drama series.

A 35-year-old mother of two, Bontle grew up in a close-knit family. The middle of three sisters has been a sports fanatic since her teens. She played netball, tennis and also participated in athletics. It was during her teens that she also became active in her parish’s youth affairs.

In her early teens, the church of Ss Anne & Joachim was built nearer to her home in Hebron. This made it possible for Bontle to become much more involved in Church life. “From my early teenage years until I was 20 years old, I was a member of our parish’s youth group. On my 21st birthday, I was initiated into the CHIRO Youth Movement.”

She describes this period as the best years of her life. “I had lots of fun. We were all over while also serving Christ, attending concerts by our fellow CHIRO members from other parishes and organising our own, camping and night vigils, raising funds for our church, and so on. I can recall the wonderful winter and summer camps we would have, in places like the Most Holy Redeemer parish in Mmakau Village, in Rustenburg, in Mafikeng, and as far away as Botswana. My favourite summer camp was the 2004 camp in Botswana. We drove there by bus, so you can imagine the fun we had: road-tripping, singing and sightseeing along the way.”

How to be a Catholic

For Bontle, being Catholic is not just attending Mass on Sundays and receiving the Eucharist. “It is so much more. It’s also about helping one another and the community, living up to the teachings of Christ, and participating in the communion of the Church by living a sacramental life of obedience and faith. Belonging to the Church means I have an extended family, brothers and sisters I can lean on,” she notes.

“I am still in contact with my fellow CHIRO members from all those years back. We are currently planning a thanksgiving Mass service once the lockdown restrictions are over. It will be a thanksgiving service, a reunion and a celebration of the CHIRO movement all wrapped into one. We are praying and hoping that our Archbishop Dabula Mpako will join us for the day.”

In 2009 Bontle visited Rome in Italy. “I went on a cruise ship with my former partner, his parents, as well as his uncle and aunt. We travelled from Barcelona in Spain and all across the Mediterranean Sea. Rome was one of our pit-stops along the way. We were all so excited to be there because all of us were Catholics. We could not go inside St Peter’s cathedral as it was packed with other tourists. But it meant so much to me just to be there because I honestly believe it is every Catholic’s dream to see Rome. For me, it was a dream realised.”

Her favourite time in the Catholic calendar is the Easter season. “As a youngster, the actress in me always looked forward to the Passion Plays on Good Friday. I enjoyed acting in them. I also enjoy attending all the other services: Ash Wednesday, Holy Thursday and the night vigil services. I think that the reason why the Easter period appeals to me so much is because the services are different, and not routine like every other Sunday.”

(Left) Actress Bontle Rampa: “Belonging to the Catholic Church means I have an extended family, brothers and sisters I can lean on.” (Right) Snapshot: Bontle in 2009 on a visit to the Vatican. St Peter’s Square is in the background.

After high school, Bontle enrolled in a business management course, but she had to drop out for financial reasons. She then joined a modelling and acting agency so she could make some money to complete her studies. But deep down, she already knew that her destiny was in acting, notwithstanding her business management studies. “My father was very supportive of my decision to join a modelling and acting agency. He literally took me to every audition. I modelled for about two years.” Sadly, her father did not live to see his daughter’s big success; he died two years before Bontle became a TV star.

While modelling, she was exposed to her first love: acting. “As a model one is exposed to acting as an extra for advertisements, corporate videos, and so on. I learned a lot about the craft of acting through these assignments, and I also took time out to learn from the professional actors on the shoots.”

Still, when she turned 20, Bontle’s path took a diversion as she took a 9-5 job. For ten years she kept away from modelling and acting. Today she believes that this period was God preparing her for what was to come. “The ten-year gap delayed me in a way, but God’s timing is perfect. When I went back into acting, I got small roles in productions like Generations and for the drama series Bubomi Sana (My Life).”

In 2019, Bontle decided that she would leave her good job at a leading mobile communications company in 2020 to take another stab at acting. She believes that it was her utmost faith in God’s timing, and her unwavering determination which saw her finally land the biggest role in her career thus far, the glamorous role of Mmagauta “Bubbles” Mosibudi on Muvhango.

“I am naturally a resilient person. I always advise up-and-coming youngsters in the industry that no matter how long it takes, they must never ever give up, because once you start you are closer than you were yesterday. So focus is key.”

Bontle went the extra mile to secure her latest role on Muvhango. “I actually auditioned for the role of Ituemeleng Mokwena, but I was offered my current role three months after my auditions. I did a self-taping audition because we were right in the middle of level 5 lockdown then. Two months later I was called for a face-to-face audition. A week later I was called to be told that I had been cast in the role of ‘Bubbles’. To say that I was over the moon about the news is an understatement,” she says. God’s perfect timing: The day on which she was told she got the part was the last day of her notice.

The local television industry is going through far-reaching developments and changes, and these have made a good impression on Bontle. “The South African television industry is growing rapidly, with so many production companies starting up and vying for a piece of the pie.” There is another welcome development: “I’m glad that auditions are no longer limited to those who have agencies [representing them] because production companies are now opening the industry up to everyone who is interested in taking part.”

It is also the changes that are taking place in the Church that have encouraged some reflection from her. “We are in the midst of a monumental change as a result of the Covid-19 pandemic,” she notes. “So let us adapt and stand in solidarity, and help a fellow Church member who might be affected by the pandemic. We as a Church are big in helping our communities, so let us stretch our hands and help a fellow Catholic, and a fellow human being.”