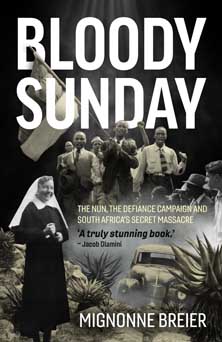 It requires courage and empathy to give a fair account of the mob murder of Dominican Sister Aidan Quinlan in East London in 1952. In Bloody Sunday, her forensic study of the killing of the Irish-born nun, Mignonne Breier meets these obligations admirably. She provides the context in which such a ghastly crime could have happened. In doing so, Breier doesn’t let the killers off the hook, but she also assigns responsibility for the circumstances that led to the lynching of Sr Aidan to the police and public officials.

The separate mob murders of the Irish nun and the Afrikaner insurance agent Barend Vorster in Duncan Village on November 9, 1952, took place in the midst of what Breier persuasively suggests was the most lethal apartheid-era massacre — a day-long murderous frenzy during which police indiscriminately shot at people, killing up to 214 and injuring scores more. Invoking the 1920 and 1972 massacres of Sr Aidan’s Irish compatriots, Breier calls the events of that November 9 “Bloody Sunday”.

After a brief scene-setter, the narrative begins with Sr Aidan’s childhood. Born Elsie Quinlan in 1914, she grew up in a loving family in Cork. Having decided to enter the religious life, she joined the King William’s Town Dominicans and came to South Africa in 1938. In the 1940s she studied medicine at Wits — which exercised an absurd policy of desegregated yet segregated academics, a reminder that apartheid was very much practised even before the National Party was elected in 1948.

As a doctor Sr Aidan served the poor, first at Glen Grey Mission Hospital at Lady Frere in the Eastern Cape and later at St Peter Claver in Duncan Village. The medical environment Sr Aidan worked in, much of the time with Sr Gratia Khumalo OP, was appalling: infant mortality was endemic, disease was rife, and public health officials administered inoculations to Africans only when epidemics posed a threat to whites.

Sr Aidan was a beacon of hope and much-loved, though her popularity also attracted some jealousy from other medical practitioners within the community, traditional healers, and those who resented her evangelising work.

Sr Aidan is described as shy, humble and gentle, but also as inspiring and cool under pressure. Her letters home suggest a lovely wit. But at Duncan Village she was also feeling overwhelmed and depressed by what she experienced.

The author skillfully weaves the narrative of Sr Aidan’s life with the stories of some of those who would play a part in the events of that fateful November 9, when the ANC called a meeting as part of its Defiance Campaign. Breier argues convincingly that even as the meeting was held legally and with a permit, police came to the township with the intention to kill (as they had done the previous night in Kimberley). It was during a lull after the first murderous police rampage that Sr Aidan drove her car through the township and into the mob that would kill her.

Breier provides sufficient detail of the lynching to convey its absolute horror, but she keeps the account mercifully brief. Even in its brevity, the reader is left with shattering mental images. Likewise, the account of Barend Vorster’s killing is distressing, and even at the remove of almost 70 years, we fear for the Sisters at the convent as a mob approaches to loot and burn.

But Breier insists that her book isn’t only about the killing of a couple of white people, even if the original motivation was to tell Sr Aidan’s story. She illustrates at some length the horror of the police massacre.

Not one policeman was tried for that killing spree. Several people were put on trial for the killings of Sr Aidan and Vorster, and Breier provides a detailed account of the process against the accused in the case of the nun’s killing. 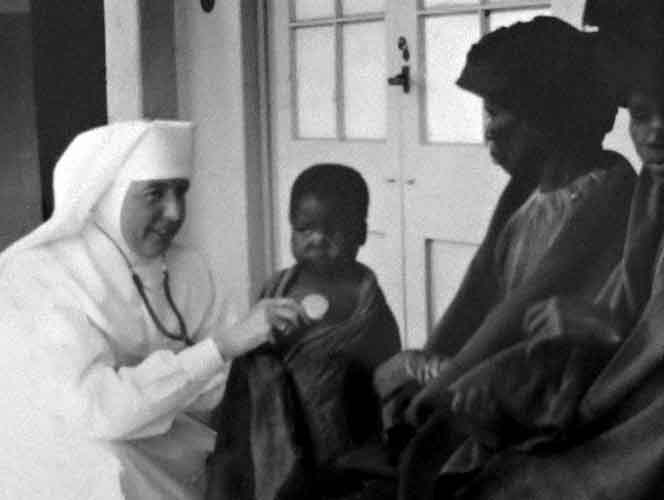 Courageously, she also tackles a second trial: that of the despoliation of Sr Aidan’s body, including reports of cannibalism. Breier’s discourse is at pains to locate these acts outside the realm of racist tropes.

Despite its huge (unofficial) death toll, the massacre of “Bloody Sunday” does not form part of the ANC’s struggle narrative, likely because of the embarrassment of Sr Aidan’s murder, even if that lynching was not the ANC’s responsibility. Curiously, the apartheid regime didn’t make much propaganda capital from the brutish murder either — perhaps because to do so would have turned attention to the cover-up of the mass shootings by its own police.

Even nearly seven decades after the events it describes, Bloody Sunday reveals much that was not well-known, or known at all. Breier has expertly marshalled her extensive and meticulous research into a gripping narrative that is fair-minded and compassionate. This is an important and commendable work.

Günther Simmermacher is the editor of The Southern Cross magazine. In the July issue, Mignonne Breier will write a special feature article about Sr Aidan.

Published in the June, 2021 issue of the Southern Cross magazine