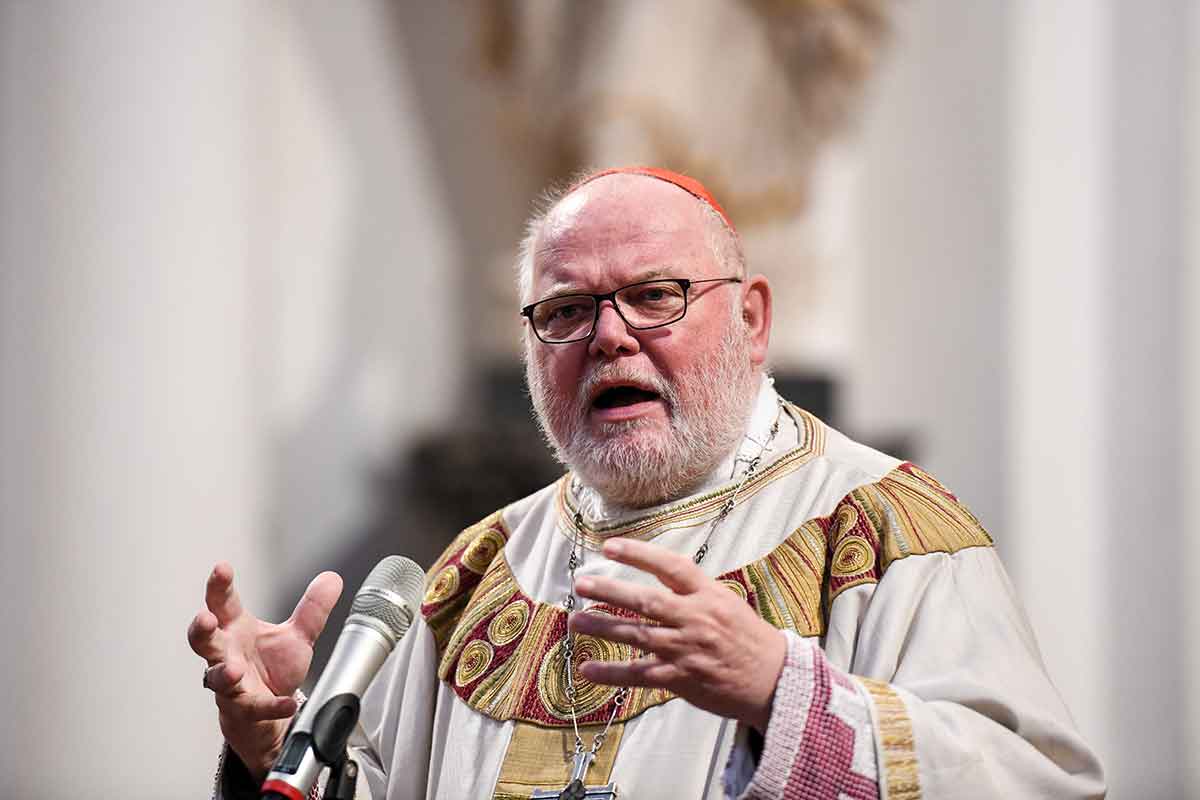 German Cardinal Reinhard Marx said that following Pope Francis’ refusal to accept his resignation, he would “not simply return to business as usual” because it would not be the right path for him personally or for the archdiocese.

“The answer of the Holy Father surprised me,” Cardinal Marx said on June 11. “I had not counted on him responding so quickly, and I also had not expected his decision that I should continue on as archbishop of Munich and Freising.”

Pope Francis declined to accept the cardinal’s resignation on June 10, saying in a letter that he agreed with the cardinal that Catholic leaders cannot adopt an “ostrich policy” in the face of the clerical sexual abuse crisis.

The German cardinal, who is only 67, announced on June 4 that he had submitted his resignation to Pope Francis because he believed bishops must begin to accept responsibility for the institutional failures of the church in handling the clerical sexual abuse crisis.

The German Catholic news agency KNA reported that Cardinal Marx also said he was moved by the comprehensiveness and the “very brotherly tone of his letter, and (I) sense how he very much understood and accepted my request. It is with obedience that I accept his decision, just as I promised him.”

Cardinal Marx reiterated that he must bear personal responsibility as well as bear an “institutional responsibility” for the church’s handling of clergy sexual abuse. He said it applied “particularly in view of the victims, whose perspectives must more strongly be taken into account.”

Cardinal Marx has not been accused of abuse.

Later, making his way to a church service, the cardinal told journalists that he must “first process all this.”

Bishop Georg Baetzing of Limburg, president of the German bishops’ conference, expressed relief about the pope’s decision. Through a spokesman, Bishop Baetzing said he was happy to be able to cooperate with his longtime associate in ministry.

Bishop Baetzing and Cardinal Marx have collaborated in ministry for many years, going back to when the cardinal headed the Diocese of Trier and the bishop was rector of the seminary there.

Thomas Sternberg, president of the Central Committee of German Catholics, spoke of a “strong letter” by the pope that showed “a clear position.” The pope could not state more clearly “that he urgently needs his reform-minded and reform-friendly brothers,” Sternberg said.

But Matthias Katsch, spokesman for the victims’ association “Eckiger Tisch” (“Nonround-Table”) expressed concern for the pope’s decision, saying the pontiff had lessened the impact of Cardinal Marx’s resignation.

The pope was trying worldwide to “relativise” responsibility for the abuse of power and the covering up of abuse by bishops in that he indicated “that there had been ‘other times’ in the past,” Katsch charged. Little was left of a radical new beginning that Cardinal Marx had signalled with his resignation request.

The reform group “We are the church” saw the pope’s decision as a personal backing for the Cardinal Marx and as showing “explicit support” for the reform path of the Catholic Church, even though the pope did not explicitly mention the reform dialogue under the Synodal Path now underway in Germany that the cardinal helped initiated.

Cardinal Marx could now continue to focus his energy on behalf of the reform project, the group said. The pope had made it clear that the church must thoroughly deal with the structural roots of the catastrophic sexual and spiritual violence in the church while otherwise it could not move forward, the group added.

Cardinal Jean-Claude Hollerich of Luxembourg, president of the Commission of European Union Bishops’ Conferences, described the pope’s decision as “fantastic” in an interview on June 11 with KNA. He explained that Pope Francis was telling “the church how it should deal with abuse: Not to gloss over, not to forgive, to confront the filth, which the abuse is, and humbly proceed on the path to the future.”