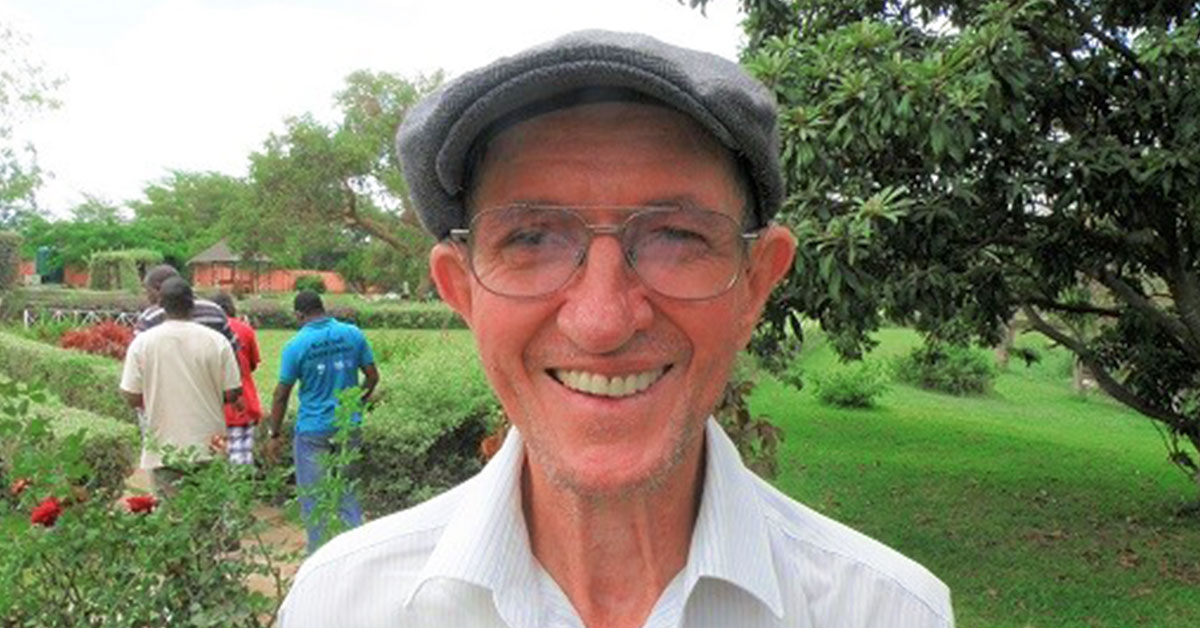 Obituary by Br Michael Burke CFC – Christian Brother Jerome McCarthy died peacefully in Boksburg, the town where he grew up and went to school, on May 16.

He was awakened that morning by one of the Carers on duty at the Dominican Sisters’ Marian House, where he was recuperating after a hip-replacement in February, and asked to be left to sleep a little longer. He didn’t wake up again.

There was no descent into illness and pain, no deterioration of faculties, no dulling of his intellectual sharpness. Right up to this sudden end he was a voracious reader, an animated conversationalist, and a passionate enquirer about all things. He lived for 84 years.

As a teenager, Jerome moved from CBC Boksburg to Stellenbosch to finish his schooling and join the Brothers. For about 50 years he lived the typical life of the Christian Brothers, studying and teaching at ten of the Brothers’ schools and serving as Principal in three – CBC Kimberley’s primary school in the 1970s, Mariasdal High School in the Free State (1979-84), and CBC Pretoria (1988-91). Br Jerome taught an extraordinary number of subjects up to Matric level:  Religious Education, English, Mathematics, Physical Science, History, and Afrikaans. He had a great love for sports, especially cricket, coaching numerous teams and remaining an avid fan of televised sport till the end of his life.

From 1994 till 2001, he taught student Teachers at Mankwe Christian College of Education in Mogwase in North West Province. Following his years in the classroom, he invested his energies in a movement called Alternatives to Violence, spending some years in Kroonstad.

In his early years in the Brothers, he was one of those attracted to a deeper prayer life than he sensed around him. The group was labelled “The Mystics” and was not encouraged by the Brothers’ authorities at the time — a judgment call that has come to be recognised by the Christian Brothers as a missed opportunity. When several members of this group left the Brothers to become priests, Br Jerome was one of those who stayed. But his spiritual search continued till the end of his life. He read extensively, drawing from a rich variety of sources both within and beyond the familiarity of Church circles.

In his later years, he became alienated from the structures and rituals of the Catholic Church and religious life. It may have been an expression of an unhealed childhood wound inflicted by overzealous and misguided teachings about hellfire and a judgmental “God”. It was surely fed by shortcomings observed in a Church that is always both holy and sinful.

Yet, in spite of some iconoclastic ideas, he was unfailingly faithful to community prayer times and always participated wholeheartedly in our reflection and prayer together.

In his last years, Br Jerome became great friends with two Dominican giants living at Marian House, the late Father Emil Blaser and Father Albert Nolan, and delighted in his discussions with them. And shortly before his death he enthusiastically attended the Dominican Sisters’ retreat conducted by St Patrick’s Missionary Father Michael Murphy.

Though his failing hearing caused him much discomfort, Br Jerome had no chronic illnesses or medications. He kept himself fit by walking twice a day.

Over the several years that there were frail Christian Brothers residents at Marian House, Br Jerome would drive or walk there every day to visit them and have tea with the community. He was especially appreciated for his kindness and his care for those who were disadvantaged, vulnerable, or victims of injustice. He had a special concern about the ways in which women are undervalued and excluded in Church and society.

Professionally, he was an accomplished teacher. Sartorially, he became unconventional, leaning to the shabby side. Domestically, he was an archbachelor. Personally, he was cheerful, warm (sometimes heating to fiery), interested in people and ideas, and his favourite expression was: “My own thinking is…”

Bt Jerome was pre-deceased by his two brothers, Charlie and Philip, and his sister who died young at San Salvadore’s in Hyde Park, Johannesburg. His nearest surviving relatives are his sister-in-law Jenny and a number of nephews and nieces, many of whom attended his burial. Fittingly his ashes were buried in the Sisters’ graveyard beside Marian House.

At the funeral, his niece told the story of how he ended up at a celebration next door instead of the one to which he’d been invited at her home, and her neighbour told her over the fence that Jerome was having a great time there. It’s a story that sums up Br Jerome: he saw what few would see – that there were people to enjoy at the “wrong” celebration – but not what everyone else could see – that he had not reached the “right” celebration!