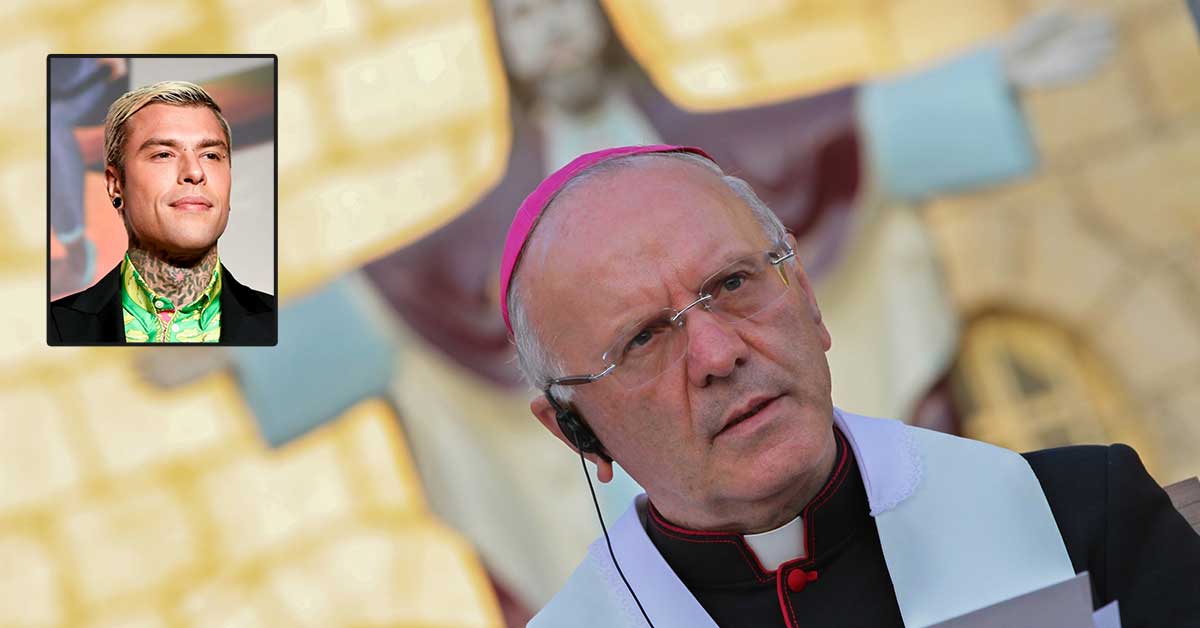 Bishop Nunzio Galantino, president of the Administration of the Patrimony of the Holy See. Bishop Galantino has responded to Italian rapper Fedez’s (inset) claim that the Vatican owes some 5 billion Euros in back property taxes, laying out the taxes it has paid to the Italian government. (CNS photo/Piroschka Van de Wouw, Reuters) and (CNS photo/Nader Daoud)

By Cindy Wooden – When a popular Italian rapper slammed the Vatican for expressing its concerns about a proposed anti-homophobia bill, he told his more than 12,5 million Instagram followers that the Vatican owed Italy some 5 billion euros in back property taxes.

Bishop Nunzio Galantino, president of the Administration of the Patrimony of the Holy See, which controls most Vatican property and investments, said the singer, known as Fedez, was “misinformed.”

In fact, the bishop told Mediaset’s Stanze Vaticane blog, in 2020 the administration paid 5,95 million euros in property taxes to the Italian government and 2,88 million euros in corporate taxes for commercial activities in Vatican-owned buildings in Italy.

In addition, he said, the Vatican governor’s office, the Congregation for the Evangelisation of Peoples, the Vicariate of Rome, the Italian bishops’ conference and individual religious orders and organisations paid taxes of various kinds for property they own outside the Vatican walls.

Bishop Galantino, in the June 24 interview, also announced that in mid-July his office would publish a budget listing the number of Vatican-owned properties it oversees in Italy and abroad.

When Fedez posted the 5-billion-euro accusation on Instagram on June 22, he was protesting the Vatican’s claim that some provisions of the anti-homophobia bill, including mandated lessons in schools, could violate the concordat regulating Vatican-Italy relations.

Paying property taxes also is part of the concordat, the singer said.

In fact, the European Court of Justice ruled in 2018 that Italy could claim about 4 billion euros in back property taxes from the Vatican for the period 2006-2011, when Italian law allowed any church entity, including the Vatican, to claim a religious exemption on properties where religious activities were carried out, even if those activities were minimal and the properties were used primarily for commercial activities, such as hostels and guest houses.

Italy and the Vatican signed a new tax agreement in 2012 to clarify that all properties used for commercial activities were subject to property taxes.