United Nations to Church: Do More to Stop Abuse 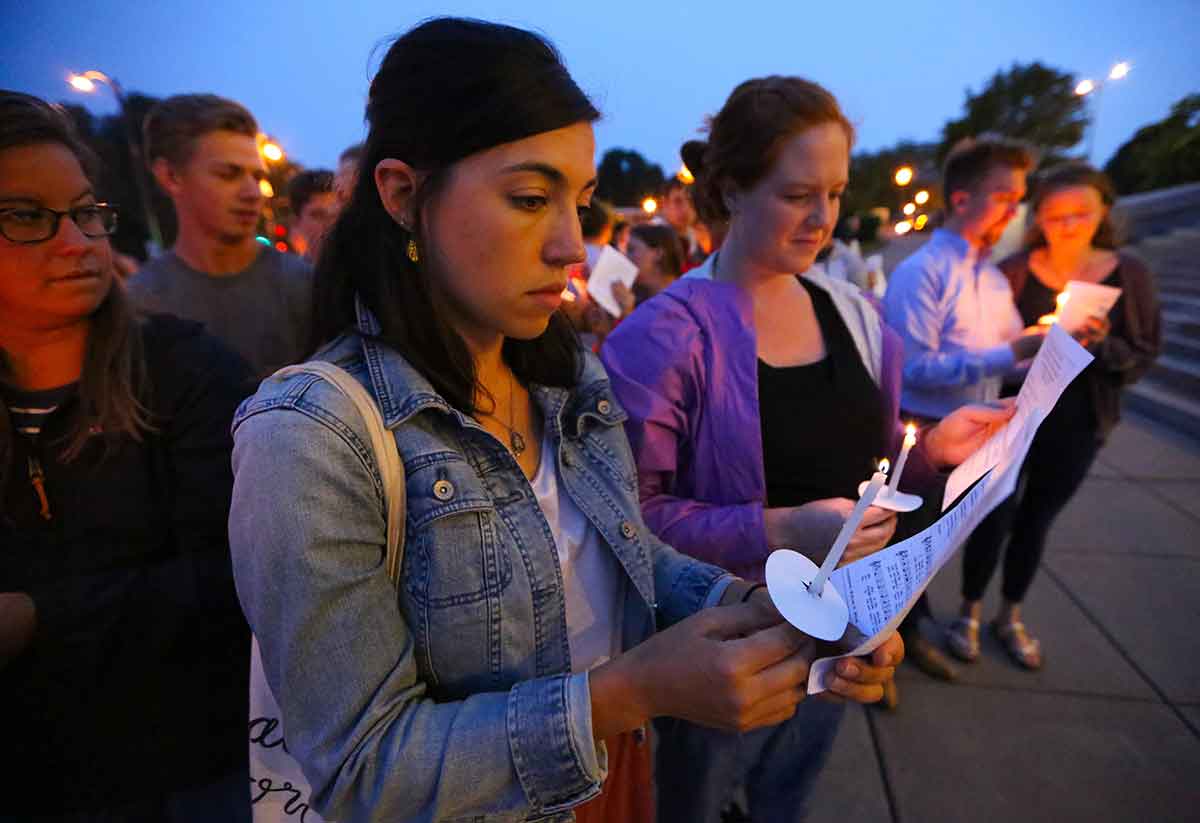 Over 100 young adults pray in front of the Cathedral of St. Paul in St. Paul, Minn., Aug. 20, 2018, during a vigil for survivors of clerical sexual abuse and healing for the church. (CNS photo/Dave Hrbacek, The Catholic Spirit)

The four human rights experts, volunteers who investigate and make recommendations on behalf of the U.N. Human Rights Council, also expressed “concern about the continued efforts of members of the Catholic Church to undermine legislative efforts to improve the prosecution of sexual abuse against children in national courts” and to lobby legislatures “to preserve the statute of limitations on these crimes.”

The report, sent to the Vatican in April and published on the website of the Office of the High Commissioner for Human Rights June 21, was written by special rapporteurs working on the promotion of truth, justice and reparation; on the sale and sexual exploitation of children; on torture and other cruel, inhuman or degrading treatment or punishment; and on the rights of persons with disabilities.

Vatican law requires church officials to follow local laws that mandate reporting of allegations to police and other civil authorities, and even when not required to do so, they are encouraged to report the crimes. However, in explaining the lack of a blanket mandate, Vatican officials frequently have maintained that in some countries the reporting of an allegation could lead to persecution rather than the fair prosecution of a crime.

The rapporteurs noted positively Pope Francis’ decision in 2019 to waive the obligation of secrecy for those who report having been sexually abused by a priest and for those who testify in a church trial or process having to do with clerical sexual abuse, and they applauded the Vatican civil court’s decision to prosecute a priest accused of abusing a fellow student at a minor seminary in the Vatican.

While they said it is important that the church allows reporting to police of suspected cases of sexual abuse, they insisted the reporting should be obligatory.

“In addition,” they said, “we are seriously concerned about persistent allegations of obstruction and lack of cooperation by the Catholic Church with domestic judicial procedures in order to prevent accountability of perpetrators and the provision of adequate reparations to victims.”

The rapporteurs asked the Vatican “to establish, at its earliest convenience, an investigative mechanism to clarify and establish the truth about all allegations of sexual violence committed against children” by Catholic priests around the world.

“Such a mechanism,” they said, “must be independent, autonomous from church authorities and in conformity with international standards.”